Starting a Business: The Tarot Helps Overcome the Fear of Failure

Home /Tarot/Starting a Business: The Tarot Helps Overcome the Fear of Failure
Tarot | 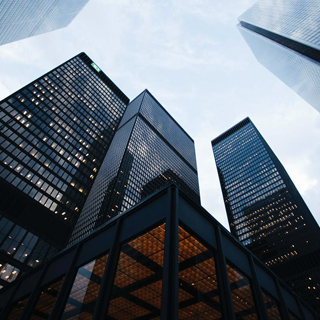 “I want something that’s mine.”

“I want to build something.”

When we get calls from people who are wondering about work and what to do with their lives, certain themes play over and over again. One of the most important is that of wanting to not have to answer to anybody, to be their own boss, and most importantly, to create and forge something that actually matters. People call us all the time wondering if they should open their own business. It’s one of the biggest decisions anyone can make, and it can be very scary: Leaving a steady job, even if it’s unfulfilling job, is a huge step. People need assurance that they aren’t doing something foolish. This was the case for Melanie, who called me last week with a business idea but needed some guidance to know if it pursuing it was the right move for her.

Understanding Our Fear of Failure

Melanie was excited about her idea for a new business. I could tell because, unlike many of my clients, she nearly instantly went into telling me about the details. She could barely speak about herself at first. It was all about her idea for a vertical farm that also creates “compost tea,” a nutrient-rich liquid that people can use in their gardens to help plants grow better. I thought it was a great idea and asked her what the hesitation was.

“I have a job. I have a pretty good job, too. It’s marketing, mostly, but it pays well. I have good benefits. But I’m not … happy, you know? I feel like there’s this thing growing inside me, this idea, and I want to be able to listen to it. I want to let it out.”

I understood exactly what she meant. Many of our clients have this feeling, this gnawing sense that their lives are not what they should be or all they could be. It’s why many people want to make a change, but the fear of failure leads to a lot of hesitation.

That’s why they call us. It’s why Melanie did. She felt she was at a race, and even though the starter’s gun kept going off, she couldn’t force herself from the blocks. She wanted to know why she felt this paralyzing fear and if it was a sign that maybe she shouldn’t do it. Or, conversely, if the fear was just something she had to force herself to get over. I decided that a standard three-card, past-present-future Tarot reading would help illuminate her path.

The Reading: Getting to the Roots of Hesitation

With Melanie’s reading, I was able to really dig into what made her fearful and bring to light her true potential.

In the past position, I drew the Two of Swords, which shows a blindfolded woman holding crossed swords under the pale light of a new moon. It is a stubborn and hesitant card, one that often indicates a need for more information before making a decision. A lot of times, this is rooted in the past, in previous failures, or in other signs of stubbornness.

For Melanie, we talked about how she had hesitated before. She didn’t study abroad in college, even though she had wanted to go to Istanbul, because she was worried about the political situation. She hadn’t taken a job at a non-profit out of school even though it was what she wanted to do. And, as she pointed out, on the surface, her life had turned out pretty well.  A removed observer could look at her salary and career and say she made the “right” decisions. So she was more worried about making the leap because she could muster rational arguments for not doing so. Unfortunately, those rational arguments didn’t square with what she actually felt.

The present card I drew was the Six of Swords. A boatman pushes a small ferry into placid waters, as a shawled woman huddles with her hidden child, the boat’s only passengers. They look toward a distant shore. This card indicates a period of boredom, which can be good. It means that there aren’t a ton of challenges right now. It indicates restlessness but also a good time to deal with that restlessness. The waters are calm enough to make a voyage.

For Melanie, this rang very true. She had savings, and she had paid off most of her condo. The mortgage payments were extremely manageable. In addition, she knew where she could build her greenhouse. She had a solid plan and that meant that actually starting her vertical farm wouldn’t destroy her financially. It didn’t mean it would be successful, but it meant that she had a chance. Her problem was that she refused to see the beckoning shore on the other side. She assumed that the waters would always be turbulent, but analyzing her situation in light of the throw, she recognized that she could do this — if she wanted it.

The future position card, the Seven of Wands, was the most fortuitous card for Melanie’s situation. In some interpretation, it urges you to avoid stagnation and to make a decision before it is too late. In some cases, it is a warning that your current position is unstable, and that you will soon be forced to defend it from a position of weakness. It is like a king who holds the ground in a valley surrounded by high mountains. It might seem like a stable piece of land, but his enemies have the high ground and can attack at any time.

Melanie and I knew what this meant. Even if she didn’t have any real enemies, she had to deal with the enemies that plague us all throughout our lives: a fear of not living the life we want, the demons of stagnation, the quiet dread that we could have — should have — done something more. Melanie could have stayed in her marketing position, but eventually, she would have been overrun by these problems, by the central issue of life, and it may have been too late at that point.

In reality, though, it is never too late. We all have a chance to reinvent ourselves, whether that is starting a farm or finding a new passion in life. Starting your own business is a risk, but so is standing still. When you are wondering if you should make a leap, consulting a psychic advisor on Keen can help. We can help you find answers to questions about your past, present, and future so you can make the best decisions for your life.