Astrology: A History, from Birth to Present Day

Home /Astrology/Astrology: A History, from Birth to Present Day
Astrology | 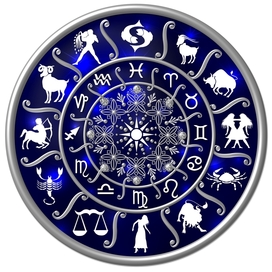 The history of astrology stretches back several thousand years. Markings found in caves show that humans were noting lunar cycles as far back as 25,000 years ago — arguably the very earliest beginnings of this ancient art and science. But the beginnings of astrology as it is known today have been traced to the Babylonians, who created astrological charts to use in determining changes in the seasons. The ancient Greeks and Romans were the next to adopt astrology as a well-respected scientific tool; in fact, it was the Romans who gave the twelve Zodiac signs their names — Aries, Taurus, Gemini and so on, through Pisces — that are still used to this day.

Early on, astrology was an important agricultural tool, as it enabled people to predict patterns in the weather as well as seasonal changes. Over time, as various cultures adopted astrology for their own use and added their own observational data, its usefulness broadened to include other phenomena related to the stars that affected human life. People began using it to predict events such as wars and natural disasters like earthquakes. Eventually, it became an important tool not just for rulers and learned people, but for everyone to use.

Still, despite thousands of years of data and insight to its credit, and despite the fact that it predates astronomy, astrology is viewed today by many as little more than an entertaining diversion — and by some as a crackpot pseudoscience deserving of mockery. Whatever one’s views of it, however, it is deserving of respect purely as a time-honored body of knowledge that dates back to ancient times. Astrology’s birth came about before the start of most of today’s major religions, and its teachings predate most commonly known traditional philosophies. This ancient art and science was treated as a serious tool of insight by Aristotle and Plato as well as Copernicus, Sir Isaac Newton and many other famous thinkers throughout history.

Today, the moon’s gravitational pull on the ocean’s tides is well known in the scientific community, as is its influence on women’s menstrual cycles. Similarly, few would dispute that the earth’s position in relation to the sun determines the current season in earth’s various regions and hemispheres; and seasons, in turn, relate to agriculture and many other practices and events affecting human life. But despite these common examples of celestial bodies being known to influence life on earth, today’s scientific community is still largely skeptical of astrology’s scientific validity. The fact that astrological concepts vary from one tradition to another makes it difficult to apply the scientific method to verifying its data-based findings. Western astrology, for example, varies considerably from Chinese astrology, both in focus and in calculation.

Every astrological tradition, however, utilizes horoscope chart readings as its method of gleaning insight into human personalities and potential as well as significant events on earth. And whether in China, India, Europe or the United States, astrologers today use their insight to increase humans’ collective understanding of humanity as well as of the earth, the solar system, and the universe as a whole.

Keen Editorial Staff
Keen's Editorial Staff is made up of world-class writers, astrologers, psychics, and advisors with diverse experience and spiritual sensitivity.
The Secret Signs of Flirting
Welcoming the Autumnal Equinox 2015