Sun in Aquarius: What to Know

Home /Astrology/Sun in Aquarius: What to Know

The Mythology of Aquarius

The story of Aquarius begins with Ganymede, a beautiful young prince who was chosen by Zeus, to be his cupbearer. Zeus saw Ganymede tending sheep in his father’s field and transformed himself into a giant eagle and carried Ganymede back to Mount Olympus in his mighty talons. Ganymede served as Zeus’ cupbearer, which meant that his task was to keep Zeus’ thirst sated by bringing him goblets of ambrosia and water whenever the god liked. The boy was not happy with this arrangement, and before long he rebelled, pouring out all of the cups in the heavens, which rained down on earth causing a massive flood that engulfed the world. Ganymede not only took a stand against Zeus and the order of the gods, but against the society that worshipped them. Ganymede felt it was worth risking everything to say enough was enough. Granted, he probably didn’t realize that he was flooding the planet when he emptied those cups down the great mountain, but even still, he had chosen to act on impulse against oppression. Since Ganymede rose up in a moment of pure truth, saying “I am not going to take this anymore” he inspired Zeus’ own humility. Instead of being angry, Zeus made the rebel immortal as the constellation we know as Aquarius.

As a fixed air sign, Aquarius is known for independent and unique thought, as those who think far outside of the box and somehow remain simultaneously of service to their community and also maintain their own opinions and beliefs. They can the big picture from a distance and often refer to that experience to help people who lack perspective. This often makes them aloof to emotional matters, but also gives them the ability to understand situations rational and intellectual standpoint — which is needed in order to gain clarity. Their unique ability to create allows them to be the innovators of the zodiac, as they are always one step ahead of the latest trends. Not only that, but they are also the givers and revolutionaries of the cosmos. Through such endeavors, they bring the collective together and can change humanity by always standing up for the underdog, no matter the cost.

Air signs (Gemini and Libra) are the same element as Aquarius, which is why they will have an easy time connecting with the water-bearer. Communication is key between these three signs and they will be able to converse easily.

Fire signs (Aries, Leo, and Sagittarius) and Aquarius get each other riled up and energized to take action on matters.

Aquarius’s connection with water signs (Cancer, Scorpio, and Pisces) can help induce their intuition and emotions.

When Aquarius connects with earth signs (Taurus, Virgo, and Capricorn) it can stabilize their independent spirit.

Lisa Stardust
Lisa Stardust has been a professional astrologer for well over a decade and has written for Vogue, Teen Vogue, the Hoodwitch, Oprah Daily, Refinery29, InStyle magazine, Brit + Co, Girlboss, The Today Show, Cosmopolitan and many more.
Which Zodiac Sign Is The Most Powerful?
Pisces and Leo Compatibility 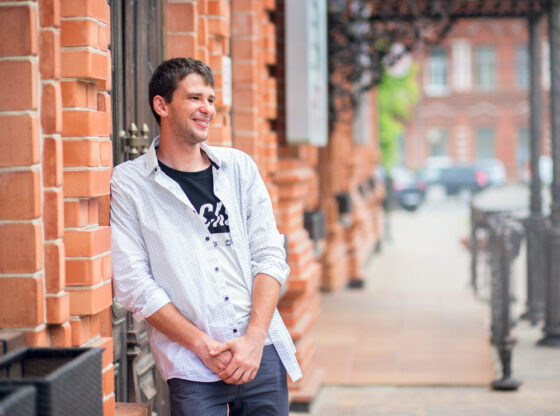