Sun in Pisces: Serve the Servants 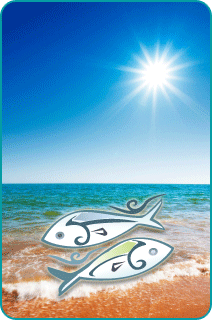 There are twelve signs in the zodiac, and each holds an energy waiting to be unlocked. Astrology is the study of what each sign holds and when to maximize the flow of this stored energy when it is let out. The ancients learned that when the Sun visits a zodiac sign, the elements of this sign were activated. Timing your choices on earth to coincide with activity in the heavens is the best way to balance accomplishments with enjoyment of your life. The zodiac cycle starts when the Sun crosses the equator headed north. This signals the start of spring.

But before the beginning, we honor the final sign of the zodiac: Pisces. This is the sign of moving beyond language to communicate with visual representation, music and actions. The old saying “actions speak louder than words” epitomizes the Piscean purpose. To be of service instead of talking, to act in the interests of the greater good without regard for convention and to keep going without speaking about your plan.

All of us can benefit from the four weeks that the sun spends in the zodiac sign of Pisces. This is a time to abandon explanations and rationalizations, roll up your sleeves and do the work that needs to be done. Who will serve the servants? When the Sun is in Pisces, it will be the person with a complete sense of purpose.

Read your sign below to see where you can help out in order to bring the greater good. The Sun enters Pisces on Friday, February 18 and is there until it crosses the equator to signal the Vernal Equinox on the afternoon of Sunday, March 20. During this forecast time, everyone receives cosmic energy to help further their greatest life goal. Now it is up to you to use it as best your zodiac sign can handle.