Five Ways Being in Love is Good For Your Health 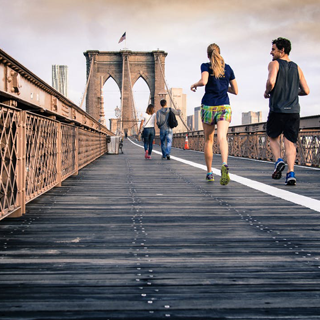 As the old song goes, “They say that falling in love is wonderful,” but apart from the obvious walking on a cloud feeling, back here on earth, those who study the science of such things are also singing the praises of love as a major boon to your health. Being in a committed loving relationship correlates to living a longer, healthier life (at least according to the National Longitudinal Mortality Study, that’s been following over a million subjects since 1979). The blessings bestowed by “Vitamin L” are myriad, from the suppression of physical pain to lowered incidence of many diseases. Some of love’s benefits are just common sense, while others are more mysterious, but every stage of the emotional gamut, from the first rush of passion to long-term, deep-rooted affection, seems rife with its own rewards. Here are just a few.

1. Love is Good for Your Heart

Well, duh?!  But love is not just good for the emotional ticker, it’s good for that thing beating in your chest as well. Positive emotional sustenance, especially in the long-term, has been shown to reduce the risk of angina, particularly in men. An American Journal of Medicine study, in which research data was collected for 10,000 men, cited that those who felt “loved and supported” by a partner had a reduced risk of angina, even in cases where there were other factors, such as advanced age or elevated blood pressure. Meanwhile, studies from San Diego State and the University of Pittsburgh indicated that women in good marriages had a much lower incidence of cardiovascular disease than those who were in non-supportive or stressful relationships.

Want more evidence that amour is good for the heart? A 2013 Finnish study put out by the European Journal of Preventive Cardiology revealed that tying the knot reduced the risk of heart attacks (fatal and non-fatal) for men and women of all ages. The researchers studied evidence of 15,000 cardiac cases over a period of 10 years, and concluded that acute events were 58 to 66 percent higher in single men, and 60 to 65 percent higher in single women, as compared to those living in a state of wedded bliss.

2. Intimacy is Good for Your Immune System

Apart from the obvious reasons sex makes us feel good, researchers have found a correlation between frequency of sexual intimacy and how strong your immune system is. One Pennsylvania study showed that participants who engaged in sexual activity once or twice a week had a nearly 30 percent increase in levels of Immunoglobulin A—an important asset for warding off illness—than peers who were celibate. That said, the study did go on to conclude that there might be too much of a good thing, as those who engaged in sex more than twice a week had low levels of Immunoglobulin A, as well.

Did you know that hugging your beloved can actually lower your blood pressure?  Couples who held one another’s hands for a period of 10 minutes, followed by a 20-second hug showed healthier reactions to subsequent stress triggers, exhibiting lower heart rates and lower blood pressure, as compared to pairs who merely remained in calm, non-tactile propinquity. In addition to hugging, women also get high blood pressure-relieving benefits from non-sexual caresses.

In a University of Iowa study, researchers discovered that ovarian cancer patients who had “a strong sense of connection to others” and were in emotionally “satisfying relationships” were endowed with heightened frequency of “natural killer” cell activity that knocks out cancerous cells as part of the body’s immune response in comparison with those who lacked similar emotional support.

In a 2008 TED talk, anthropologist Helen Fisher revealed that in the course of her work, she’d scanned the brains of lovers who were truly, madly, deeply in love and learned that amour had a positive effect on the part of the gray matter that produces the neurotransmitter dopamine—a naturally-occurring chemical that’s tied to the brain’s reward system. According to Fischer, there’s also good news for those in long-term relationships, who showed “patterns of neural activity similar to those in early-stage romantic love.”

Romantic activities such as kissing, cuddling, and hugging have also been credited for triggering the production of the hormone oxytocin, which helps us not only to fall, but to remain in love. At Bar-Ilan University in Israel, a years’ long research study by psychology professor Ruth Feldman revealed that “the increase in oxytocin during the period of falling in love was the highest […] ever found.”

So, while love may not be the cure for everything that ails you, when it comes to your health, as these tidbits reveal, Cupid is far from stupid.

Want to inject some healthy feelings into your love life? Let a KEEN romantic advisor prescribe just the right treatment to bolster your romance system.

Keen Editorial Staff
Keen's Editorial Staff is made up of world-class writers, astrologers, psychics, and advisors with diverse experience and spiritual sensitivity.
Moving In Together? The Essential Guide to a Smooth Move
Should I Let Go? The 7 Romantic Traps You Don’t Have Time For