The Guy Friend and Your Secret Crush Quandary 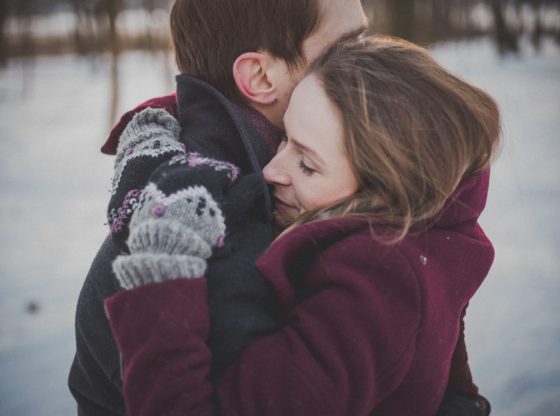 Psychics often receive calls from seekers inquiring about a “friend.” “Does he care about the friendship?” The psychic will hear confusion and a hurting heart in the question, will want to help provide clarity and make the ache subside. But from where is this pain originating?

As women, we have to ask ourselves, “When are we the architects of our own sadness?” Simply put, when are we offering a man platonic friendship, but are secretly hoping for more? Whether we are aware or not, by doing this, it’s like we are trying to shoot craps with loaded dice. The guy thinks he has a real buddy in us. But we have a hidden agenda. We put the man in a lose-lose situation. He is bound to mess up because he doesn’t know the game plan.

Ask any man how he feels if his guy buddy tells him, “I’ll call you tomorrow,” and then it is weeks before the friend actually calls. He will tell you, “It’s no big deal, he was probably busy or something.” Ask him how he feels about his friend if months go by before they go out for a beer and he will tell you, “Hey, we all have stuff to do.” Again, it’s no biggie. Ask a man how he feels if his best friend goes to a Knicks game with another guy and he will say something like, “Great! I wanted to go myself and never got to it.”

A man doesn’t see any problem with all this. The guys are still buddies; they shoot the breeze whenever they have some free time. They would still go out in the middle of the night if the other had an emergency, even if they didn’t talk for a year. No sweat!

This is how men treat one another. They can be loyal friends since kindergarten, but they don’t fence each other in the paddock. This is where we women make the cardinal mistake of telling a man it’s okay to be “friends” when our feelings are more complicated. We don’t really want a simple platonic pal.

If we tell a man that we are his friend, he will treat us like one of his buddies. He will think that’s fine … and it is. We can’t expect daily or weekly phone calls, we can’t expect exclusive time, and we can’t expect him to put aside his activities or responsibilities to be available for us — his “friend.” He is not going to do any more for us than he would for one of his guy buddies and it is unfair of us to expect so. We are stacking the cards against him if we are saying one thing and wanting another. He will turn out to be the heel or the jerk because he didn’t realize there was a different game being played. That is unfair to him and it ultimately hurts us.

What’s Your Experience? Keen Polls by PollDaddy
Have you ever become friends with a guy hoping for something more?(survey)

It is not as easy as one thinks to be platonic friends with a member of the opposite sex when there is a lot of sexual tension in the mix. The sexual tension creates a fog and we can’t navigate clearly. We don’t see what we are doing to the man we want for a friend or how we are turning ourselves into a pretzel to overcompensate. All we see is what he is not doing for us. What we have now are a lot of misfired signals turning into resentment. Ultimately, the demolition expert comes in, sets the charges and the “friendship” implodes from the inside.

Men want most of the same things we women do. They want honesty, fairness and respect, kindness, acceptance and understanding. We need to mean what we say, and say what we mean. If our feelings are complicated and more intense than those of a platonic relationship, we must first face ourselves and look deeply within. It may be necessary to step away from the friendship with this simple expression:

I did not realize that my feelings were so complicated. I want you to be happy and do what is right for you. I need to do what is right for me. I realize now that I was hoping for more than what was put out on the table. It is only fair to give this situation some distance, so that I can regain my perspective.

By doing this, we keep our integrity and dignity intact, and we offer him the respect he deserves, along with the freedom to make his own informed choices. It is not always easy to take the high road. But it enhances our inner beauty and worthiness, along with our own self-esteem.

There is plenty of love in the Universe waiting for us all to accept it with open arms, gratitude and great joy.

Keen Editorial Staff
Keen's Editorial Staff is made up of world-class writers, astrologers, psychics, and advisors with diverse experience and spiritual sensitivity.
Can I Find My True Soulmate Online?
10 Easy Online Dating Guidelines