Spiritualist Practices Then and Now: The Lasting Legacy of Victorian Mediums

Home /Psychic/Spiritualist Practices Then and Now: The Lasting Legacy of Victorian Mediums
Psychic | 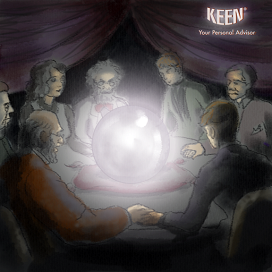 Have you ever held a seance? Or used a Ouija board? Have you tried to contact the eternal souls of the deceased for some relationship help? If you answered yes to any of these questions, then you’re familiar with practices of Spiritualism.

Spiritualism is best known as an occultic craze that swept the English-speaking world from the 1840s to 1920s. The movement has humble origins in pastoral upstate New York. But by 1897, it was estimated to have more than 8 million followers in the United States and Europe, predominantly members of the upper and middle class.

The central tenets of Spiritualism posit that the spirits of the dead have the ability and the inclination to communicate with the living. And spirits aren’t just talkative, they’re also quite smart. Spiritualists often turn to the realm of the afterlife for supernatural guidance on personal and philosophical issues.

While it’s commonly remembered for eccentric mediums and wild seances, Spiritualism at the turn of the 20th century was for many a religion, like being Baptist or Methodist or Jewish. But compared to other prominent religions of the time, Spiritualism tended to be disorganized. Its customs and rituals were highly individual; there was no authoritative rule book for contacting the dead. And contrary to the status quo in contemporary Judeo-Christian congregations, the biggest names in Spiritualism were often women with a mile-wide progressive streak. Supporters of abolition and women’s suffrage found plenty of like-minded companions within the movement. (1)

In spite of its religious roots, the lasting legacy of Spiritualism is its wildfire takeover of the secular world. It’s not hard to see why the movement had a sturdy foothold in popular culture: who wouldn’t be at least a little curious about what the dead have to say?

Plenty of less-than-devout folk joined the bandwagon in the wake of the American Civil War and later World War I, as grieving families turned to mediums to reconnect with their departed sons. Mary Todd Lincoln held seances in the White House for her own lost child, gatherings President Lincoln was known to attend. (2)

Many prominent physicists, biologists, and chemists of the day were especially eager to study the claims of mediums. The notion that a human body could channel a foreign spirit was provocative, and whoever could prove the existence of these spirits would surely be rewarded with fame. Accordingly, studies about the talents of a famous medium or the physical properties of ghosts were published in mainstream academic journals. This line of research was polarizing for the scientific community. While some scientists were bent on debunking the mediums’ purported powers, others were converted by their observations. (4)

At the height of its popularity, the epitome of the Spiritualist craze was the seance. A seance was a popular evening entertainment for the middle and upper class. If you were a well-to-do member of society, you might file into a candle-lit study after a dinner soiree. An eccentrically dressed, heavily perfumed woman would seat your party around a creaky wooden table and instruct you to hold hands. After some mystical incantations, she would enter a trance, allowing otherworldly spirits to inhabit her body.

Once the spirit had taken hold, you were in for a show.

A medium whose voice tinkled like pennies in a cup might start speaking like she’d eaten a cigar. Her slight figure would move as if encumbered by the weight of a much heavier man. The newly embodied spirit might even begin to sing with joy, and pat everyone at the table on the back with a phantom hand.

Some mediums could summon spirits to make the table tilt and whirl. Others conjured rapping noises. The Fox Sisters were among the most famous of this breed. Known for channeling noisy, percussionist spirits, visitors traveled from all over to witness firsthand the sisters’ miraculous abilities. Even more exotic were mediums that produced ectoplasm, a gooey substance said to be the organic matter of the spirit world. (5)

Why are Seances and Mediums So Different Today?

A psychic reading or seance today is unlikely to be as theatrical (or musical) as one a century ago. What gives?

In a word, fraud.

As anyone who’s ever consulted a medium knows, dead people are tough conversationalists. It can be downright difficult to understand spirits. Mediums frequently refer to “cross-talk,” as if they’re operating a low-quality walkie-talkie. And if you are able to hear the spirit clearly, they’re not always cooperative. They may talk vaguely, or worse. Some spirits insist on babbling about things of great personal concern, like a coffee mug they miss. Just like the living, spirits can be boring, frustrating, and unhelpful. That’s not to say they’re worthless advisors! But for a medium, meaningful conversation with a spirit takes skill, training, and luck.

When Spiritualism started sweeping the nation, plenty of crooks bent on making a quick buck jumped onto the scene. Con artists quickly realized that by performing a three-man-in-one-body play, they could make a lot more off thrill-seeking customers than they would authentically portraying the process. It’s doubtful whether many well known “mediums” of the day had any real skill or aptitude for the paranormal at all.

Their hijinks filled the seats in their parlor, but also drew deep skepticism that eventually spelled the downfall of the industry. Under investigation, conjurers of ectoplasm were revealed to be sneakily throwing homemade goop under the seance table. Spirits seen whizzing around the dark room turned out to be children’s dolls covered in cloth. Some tricksters even had elaborate setups to make their tables “levitate.”

These secrets were published collectively in the 1922 tell-all book Revelations of a Spirit Medium. (6) Copies were bought up and destroyed by legions of con artists hoping to keep knowledge of their trade off the streets. (7) But by this point, the damage was done.

The public could no longer ignore the mounting evidence: most seances that looked like theatre productions were exactly that.

The Modern Face of Spiritualism

As more and more of these showy “mediums” were exposed as frauds, public interest in seances declined. When the bubble of Spiritualism burst before the second World War, it was a welcome end to a movement that had grown bloated with charlatans who cared more about the purses of the living than the stories of the dead. Fortunately, devoted practitioners with legitimate talent survived the changing tides of public opinion.

Today, the central tenets of Spiritualism are still alive and well. Psychics and spiritual advisors still accept that spirits exist and have much to teach us, but the method of contact is personal and intimate compared to the productions of the Spiritualist heyday. For modern mediums, it’s not about putting on a show or dazzling an audience with gaudy stunts. The thrill of connecting with an otherworldly being is enough satisfaction by itself.

Do you believe that spirits have insights for you? Are you curious what a modern psychic reading is like? A KEEN Psychic Advisor can give you a taste.

Keen Editorial Staff
Keen's Editorial Staff is made up of world-class writers, astrologers, psychics, and advisors with diverse experience and spiritual sensitivity.
The Psychic Powers in Your Pantry: The 5 Fortune-Telling Foods You Already Have
Is Alcatraz Haunted? America’s Most Notorious Prison

What Do Dreams About Spiders…