The Science of Psychic Abilities 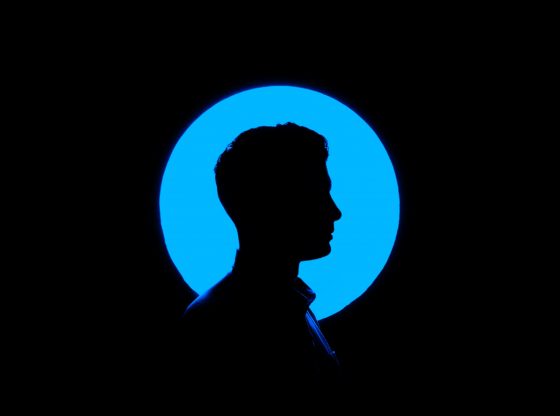 Psychic ability is usually discussed within the spiritual or parapsychology realms rather than the scientific realm. However, let’s consider the possibility that there is something in our biology that causes “psychic phenomena.”

Research includes basic definitions and explanations for certain psychic abilities such as clairvoyance, clairaudience and clairsentience; however, there is not always a consensus on what constitutes each of these “clair-experiences.” For example, would the image of a symbol be enough to determine clairvoyant ability, or would a literal picture of an object or event clearly seen in the past, present or future be required? It appears that what qualifies as a “hit” is not universally agreed upon. This lack of consensus is also present when it comes to the question of accuracy: how truly accurate is a person when it comes to describing past, present and future events?

Find your clarity with a psychic reading. Click here to get started.

Can Psychic Ability Be Measured?

The scientific community, to date, has generally agreed that psychic ability cannot be measured because it is not an exact science. Most question whether or not psychic ability really exists at all. In other words, scientists are not willing to look at what might merely be an ability to be good at guessing.

You have probably seen those online tests that measure if one is psychic. The participant is asked to guess what color or shape is hiding under a card. If one guesses correctly enough times, the results indicate that this individual has a high probability of being psychic.

Many psychics score poorly on these tests. According to the results, these psychics do no better than anyone else. Yet, the very same psychics, when reading for their clients, may have an uncanny ability to describe situations and events with a pretty good degree of accuracy. Among their abilities, they may be able to hear conversations and feel physical ailments. So, what explains this discrepancy?

Looking in the Wrong Place

Surprisingly, being psychic has nothing to do with predicting the future. It is the ability to sense beyond our five basic senses information from the past, present and future. Not all psychics have the gift of prophecy, yet some of them are able to give exact details about someone’s past (a divorce), medical ailments (stomachache), or loved ones who have passed away (cause of death) with very little to no information about the person they are reading for or the situation. Perhaps the definition of “psychic” is what prevents the mainstream scientific community from accepting that there are people who have ESP.

Does it really go against logic to suspect that an explanation for psychic abilities is biological, or more specifically  instinctual? What we label as “psychic” may not necessarily be so special or “mystical.” Some humans may be genetically predisposed to exercise a gene that has become increasingly dormant with every generation that passes. All animals are imprinted with a natural intuition (called instinct) in which the primary function is to keep alive. Perhaps psychic ability is merely instinct that has been translated to fit today’s dangers.

In the past, before our ancestors formed verbal communication, they had to communicate amongst each other and with the world around them in another way. Our ancestors just “knew” who to mate with to keep the bloodline going. They knew what situations were potentially dangerous. They knew where to find food. What our ancestors instinctively knew at one time seems to have weakened today. This could possibly be a reason why those who do not have this “psychic gene” may rely on others who do in order to find out things like:

The theory that psychic ability is instinctual runs counter to the school of thought that states that ESP is evolutionary or a progressive trait. Rather, it embraces the idea that ESP is recessive and that it has managed to remain active in only a certain number of individuals. The ability has simply been phasing out as humans develop new forms of communication with each other and the world.

So, what if these scientists are measuring the wrong thing? What if scientists are measuring the outcome or the result of a trait (psychic ability) and not the actual trait itself? What if they are trying to measure just a piece of the trait via a limited definition, rather than taking the trait as a whole and measuring its individual parts? A question such as, “Can a psychic accurately predict the future?” is incomplete because it assumes that psychic ability has only one characteristic: prophecy. It is rare to see reports done on individuals who claim to be psychic who are accurately able to locate ailments in a person they do not know. There is also not an emphasis placed on psychics who can accurately describe the lives and activities of people they have never met.

Could the reason for the lack of research be financial? Could it be that research into prophecies is more beneficial than research into people who can identify medical ailments, talk to the dead or describe the personal history of another person? Who knows?

Perhaps the future will embrace a possible link between biology and psychic ability. Hopefully the doors will be opened to study this phenomenon, and like the fate of some animals, before it eventually becomes extinct.