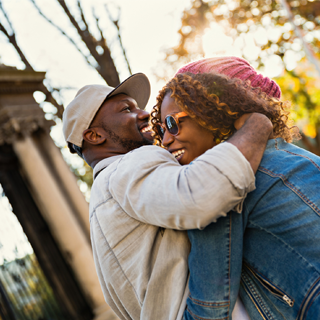 The idea of fire and water signs sharing love and friendship may sound like a poor idea for any relationship but, as in many things, opposites attract and surprise. Cancer men are often described as the poster child for romance, gentlemanly behavior, and willingness to please. Leo women exhibit power in everything they do, from passion to the fires of rage, and are uniquely suited to their lionesque portrayal. While they have stark differences, the Cancer man and Leo woman are compatible as their differences complement each other in ways that make the relationship function well. The royal lioness and the patient crab are easily capable of a truly fulfilling relationship with no shortage of raw passion, as long as both of their needs are met.

True to her lion-like nature, a Leo woman loves to be the boss and rarely accepts anything less. Unlike similar signs, it isn’t at the expense of the feelings and needs of everyone else. Like a stereotypical queen, a Leo in charge is typically gracious and kind which is extremely attractive to the shy and emotional Cancer man. Like royalty, the Leo woman demands respect and quite a fair bit of admiration, which is luckily never in short supply with her mate. Cancer men can be insecure and cautious in the beginnings of any relationship, and they have good reason to be. A Cancer man leads with his emotions, a powerful plus in intimacy and love but a liability when trouble arises or a partner’s anger flares.

Not prone to rushing, the crab will probably spend a generous amount of time trying to determine if he can appropriately please his lioness and keep her happy. This may make him slow to commitment, but failure wears too hard on his heart to rush things in an unsure situation. For the Leo woman, the Cancer man fulfills one of her most important needs: the need for attention and focus to be almost entirely on her. She lives to be the star of the show, and the doting attentiveness of her Cancer man is more than appreciated. Despite the good news, the Cancer male may in fact struggle with her overall independence. While he does not expect his overwhelming devotional output to be matched, he can suffer and worry if he feels he is not needed and appreciated as much as he should be.

In love, Leo women and Cancer men mesh very well in all but the start of the romantic journey. As mentioned previously, the Cancer male begins all relationships guarded. Just like the crab he is, that hard exterior shell may hide his true, soft-centered nature, but not for long. Fortunately, neither female Leos nor male Cancers give up on what they set their mind to, even if it is for completely different reasons. While Cancer men are entirely capable of leadership when necessary, they are usually more than happy to let their loving lioness take the reins. This is paramount because a Leo will never tolerate second place in a relationship. Even during the moments she lacks confidence, she often prefers the leadership role in the day to day.

Leo women usually do not use their power and leadership for selfish drives, which is beneficial in a pairing heavily weighted on emotions. This inborn empathy keeps her from abusing those under her control as they naturally consider how horrible it feels to be bossed around themselves. All Cancers need is to feel truly loved and valued in their relationships, whether intimate or platonic, or they risk suffering emotionally. Leo women tend to pick up on this need and respond accordingly. Criticism and failure weigh very hard on the lion and, thus, she will no doubt set her sights on keeping her mate happy so that she can never feel his lash.

While Leo women in a relationship tend to rule the day to day activities, Cancer men will always rule the bedroom. Behind the shyness of Cancer is an indescribable amount of passion that is often funneled into sex and intimate, romantic moments. Candle-lit dinners and flowers earlier in the day are often only a taste of what is to come for women lucky enough to pair with a Cancer man. Sex is rarely dull, and he takes it as a matter of pride to keep his lioness satisfied. Of course, not all is sunshine and daisies. The moodiness of a Cancer man can drive a Leo woman away or provoke her into anger if it causes her much-desired attention to momentarily cease. While Leo women display control in all things, anger is not one of them. They burn hot as their fire sign dictates and can be too hurtful for a Cancer mate to bear. Talk to a relationship psychic on Keen to learn more about the Cancer-Leo match.

Cancer men and Leo women may well be the best bosses and co-workers most people could ever hope for. Cancer is so naturally caring, hardworking, and patient that is it difficult to imagine a situation where he could offend. He has the ability to lead effectively, but it is not a drive that must be assuaged at any cost like that of a female Leo. Leo women are born leaders, and while they may buck in revolt at having to be an underling, they are too dignified to keep up any meaningful, long-term complaining. Instead, she will simply double her efforts to shine until she achieves the leadership position she believes she was meant to have. Neither Leo women nor Cancer men are likely to be the cause of butting heads unless the former is harshly criticized. This should not be surprising as, after all, a lion will not let you pull its tail without response.

For all the concerns about the unreliability of clashing opposite signs, the Cancer man and Leo woman prove this to be patently false. While the beginnings of any friendship or long-term relationship may be rough, once settled, this pair divinely complements each other in all the right ways. Cancer is uniquely suited to the needs of his royal companion and knows exactly how to treat her like a queen. The steadfast loyalty and kindness of the rambunctious Leo woman are endearing to Cancer men and helps make their lasting relationships full of excitement, passion, and joy. Get an online astrology reading on Keen for more insights about compatibility.