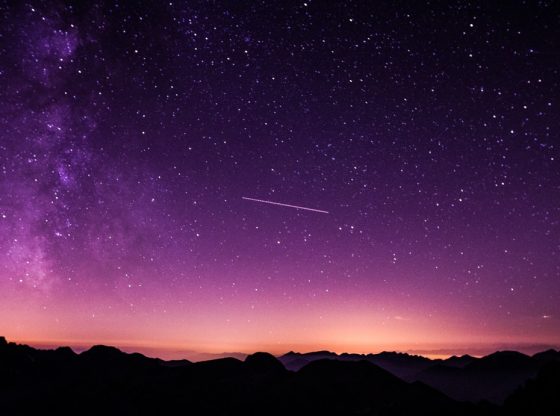 Mercury turns retrograde July 26, at 23 degrees of Leo. It won’t turn direct again until August 19. While in Leo, Mercury is ruled by the Sun, which rules the fifth house of love, romance, friends and children. Leo is dramatic and rules theatre and drama. We may see many people acting in an overly dramatic manner.

The next three weeks may be a period where things seem at a standstill, especially our outward action. On an inner level however, we can accomplish a great deal.

Mercury turns retrograde 3 or 4 times a year, and generally has a bad name and elicits groans when mentioned.  To an extent this is perfectly understandable, as retrograde Mercury is the planet that causes delays, glitches, breakdowns in computers and equipment, relationships, slowdowns and brings hidden factors to the surface.

All of this will occur, but this period does not have to be the disaster many believe it to be with some basic knowledge ahead of time.  The four most important things are to 1) understand what retrograde Mercury means, 2) know what to expect, 3) know what to avoid, and lastly 4) understand what you can gain from it.

What Does Mercury Retrograde Mean?

In the strictest sense, the planet of communication does not actually go backward, it only appears to. A planet is described as retrograde when it appears to be moving backwards through the zodiac, and this is referred to as apparent retrograde motion.  When planets retrograde, their effects on humans are different than when in direct motion. Thinking is deeper, situations often appear to go underground for a time or change altogether, and sometimes our focus shifts. Mercury retrograde is the most talked about retrograde, because it is a fast-moving planet that controls our thinking, speech, travel, and cognitive skills. When Mercury retrogrades, there are several phases.

The first phase is the pre-retrograde shadow period which began July 8. This period is where Mercurial energy starts to shift, and it is time to start wrapping up new projects for the time being and focus on what is at hand.

Mercury continues to retrograde through August 19, when it turns stationary direct August 19-21. This is the second period when glitches, breakdowns and changes in direction may occur.

Mercury begins to move forward again on August 22, but remains in the shadow direct phase until September 2, 2018.  Mercurial energy does not pick up its normal pace until completion of the second shadow period. So, the retrograde Mercury period is actually a much longer cycle than most people understand. Changes will occur at the juncture of each retrograde phase.

How will retrograde affect you? Speak to an expert astrologer today!

Prepare for slowdowns, delays, miscommunications, interference with travel and appointments, and the breakdown of machinery, situations and even relationships. If your car has been limping along and you have been putting off a repair, know this is the likely time it will become obvious that you need to fix it. If your computer is slow or having problems, be sure and back up everything important. If you are in a relationship that is tottering on the brink of ending, this may well be the period that it can occur, and often does.

Of course, Mercury retrograde is a wild card. Sometimes, relationships can be fixed and problems brought out into the open if it is worth saving. Expect delays, changes of plans, and try and not have situations set in stone.  In other words, prepare to be flexible.  Mercury retrograde is often a frustrating time to be looking for a job.  Don’t give up though, just keep plugging on and stay on top of all communication. And make sure you are direct and to the point in your communication with others.  If you don’t understand what someone is telling you, by all means ask for clarification.

Knowing what to avoid may perhaps be the most important step in surviving retrograde. Don’t get married, start a new business, start new projects or begin anything you hope will become permanent. Don’t purchase high ticket items, important gifts, paint, or anything you expect to be there for a long time if you can avoid it. Retrograde Mercury is not the time to start new projects, but rather finish up the old, and redo, re-organize or re-work. If you have to take a job however, do so by all means. The job may change in the future or it may not be permanent, but even if this occurs, you have bought time.

Know that retrograde Mercury is part of the natural cycle of life and it is not anything out of the ordinary. Everything serves a purpose and the point of a retrograde Mercury is to slow down a bit, reflect, rethink, re-do, re-plan and reorganize and reconsider. It is a period of correction. Often during a retrograde, thinking changes direction and a more appropriate course of action can be mapped out. Often new information comes to the surface that must be considered. Sometimes secrets are revealed, and the truth comes out into the open.   Retrograde Mercury is a time to plan, work on you, and delve into the spiritual side of life. Sometimes important contacts with people from our past can be initiated, and there is generally a focus on things of the past that can come back up to be resolved. Just focus on what is at hand rather than starting new situations. Most of all relax, and enjoy the summer!

Keen Editorial Staff
Keen's Editorial Staff is made up of world-class writers, astrologers, psychics, and advisors with diverse experience and spiritual sensitivity.
How to Read the Death Card
What to Expect From the Lunar Eclipse on July 27