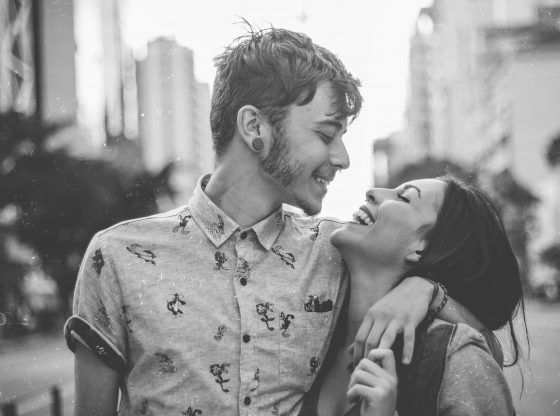 Oh, wow, Aries woman and Scorpio man! These two are either passion galore or a war waiting to happen. Both need to be very good at conflict resolution and keeping calm or they could see some loud times. Either way, this is an intense relationship – and one that could work out very well.

There’s a lot of information about how fantastic and energetic a relationship between an Aries woman and Scorpio man can be, and boy, can it ever be. These two are very compatible. But there is also the potential for the relationship to burn out (or fizzle out) quickly if both don’t make a conscious effort to control tempers and have a system for dealing with blow-up fights.

Aries likes to win. She’s competitive, not necessarily an athlete, but not exactly a couch potato! She’s a cardinal sign that gets things going and looks ahead. She’ll certainly be up for adventure. While she can have her quiet days too, she’s someone who definitely needs an outlet for energy, both physical and mental. Any partnership she enters into needs to keep her attention and have enough change to provide the stimulation she needs. She’s forthright and you have a good chance of always knowing where you stand with her.

Scorpio also likes to win. He’s also competitive. He’s also not necessarily an athlete but also not a couch potato. He’s also very physical. You can see where this is going. Scorpio is an excellent candidate for a relationship with Aries. There are some potential issues, such as Scorpio having a tendency to be colder and more secretive compared to Aries’ bold warmth. But Scorpio can also be reassuringly calm and a bit mysterious – enough to keep Aries on her toes and interested.

Both have Mars as a main ruling planet, so temperaments can be similar depending on other chart influences. Scorpio also has Pluto, though, adding a darker tone to his personality. Don’t worry – this could just be in the form of a darker sense of humor (which can be hilarious) or a preference for horror films. It can also show up as a deep philosophical mindset that prefers to ruminate on serious matters. “Dark” doesn’t necessarily mean “dangerous.”

The Good Aspects of This Pairing

An Aries woman wants someone assertive, someone who can be a real partner, holding her interest. The Scorpio man fits that bill nicely! If both partners can get their passion, boldness, and energy onto the same track, this can be a wonderful, long-lasting, forward-moving relationship.

The Traits That Both Need to Watch

Both Aries and Scorpio can be very loyal to each other and their family, be that an actual family or a close-knit group of co-workers or friends. But Scorpio will need to keep Aries’ interest and, while this shouldn’t be hard, Scorpio’s tendency to go off and be very, very private could make the passion fizzle a bit. That doesn’t mean Aries will cheat, just that the relationship could stall and end. Scorpio, don’t get jealous of Aries, and Aries, don’t assume Scorpio has forgotten you – both of you are independent and have lives outside of the relationship.

Aries is fire and Scorpio is water. Those opposite qualities sound like they’d clash. They can; water can douse fire’s energy, and fire can evaporate water’s energy, becoming too bold for water’s cool demeanor. But they can also work beautifully together. Water’s calmness can douse fire’s tendency to get out of control and fire can get water moving if water has been particularly sluggish. These signs can make this pairing work if they direct their energy well.

Talk to a love and relationship psychic to learn more!

Pairing up in Business, Friendship, and Love

Business partners with these signs have to have a common goal or divide tasks and goals in a way that won’t clash. Both of you will get your jobs done well, but do arrange for regular communication so that Scorpio doesn’t go off and leave Aries in the dark, so to speak.

Cardinal Aries can take a leading role in planning and dreaming up new directions or campaigns. Fixed Scorpio can handle the longer-term care of those plans and also let Aries know about the workability of what she dreams up. Aries isn’t a flighty sign, so those plans will likely be very workable, but it’s always good to have a second voice looking at what can really be done. Scorpio can still be a creative sign, helping to find a way to make the plans a reality.

Both signs are very good with money, though both also value independence. Aries can be extremely cautious and not trusting of institutions (so if she trusts one, that’s a good endorsement), and Scorpio can be sensible but with a few spikes of potential overspending. Again, potential – overall, money may not really be an issue for these two.

If you’re looking at a friendship between the two, this can be a lot of fun! Watch impulsiveness and disagreements, but you two could have a lot of common interests and tons of happy times. Aries might need more stimulation, while Scorpio might be perfectly fine with repeating an activity. It’s a good idea for both people to have other friends just in case there are activities that one partner doesn’t enjoy. Other than that, hey, you’ve got a genuine friendship – enjoy it.

And if the relationship is a romantic one… hoo boy . You want to talk about a hot pairing? Look at Aries and Scorpio. This type of pairing is passionate and loyal, and full of great sex, to be honest. “Loving each other loudly,” as the saying goes, is a possibility, with the independence and determination of both signs occasionally leading to some rather insistent conversations.

Scorpio has a reputation for being possessive, but you know, any sign can really exhibit that trait depending on chart factors. With Scorpio, a cold shoulder is more likely. Aries can be more forthright, so this creates a noticeable discrepancy in how each partner deals with conflict. Go into this relationship with a plan for those times when the fights seem like they will tear you apart. You can meet each other halfway — and then get down to business making up (which for this pairing can be very, very enjoyable).

Ensure the relationship has a basis other than just sex, unless both of you have agreed that the physical side is all you’re looking for. If searching for a long-term partner, both the Aries woman and Scorpio man have to need to have that emotional connection in place; otherwise, they both can be carried away by a strong physical attraction, leading to issues down the road.

Knowing more about one partner’s chart helps the other get a better sense of how that person ticks and what might pop up in a relationship. A personal astrology reading could certainly provide the mental invigoration and rumination that both signs like.

Aries woman and Scorpio man, savor your time together. You have a very good chance at having a successful relationship.