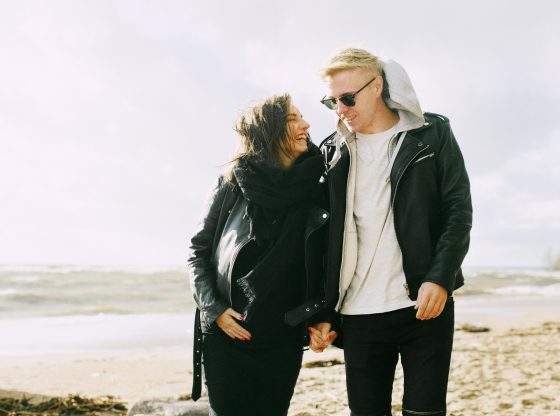 Putting Virgo and Aquarius together is usually a case of opposites attract. She lets her imagination run wild, but he rules his life with logic. She takes most things in stride, but he worries about the details.

If it’s in the cards for them to meet, the Virgo man will likely make the first move. Aquarius women never really set out to look for love, but her social butterfly status brings many opportunities to connect with others. She’s no wallflower, so he’ll notice that she’s a person who can hold her own. Because a Virgo man likes women who can think for themselves, he will want more.

In turn, the Aquarius woman is instantly drawn to Virgo’s intellect. Although he is quiet by nature, he has countless opinions about art and music and about how to solve humanity’s toughest problems. Because the Aquarius mind is like a sponge, she will soak up his ideas and admire his worldview. A Virgo man has the potential to quench the Aquarian thirst for knowledge, giving the two a great chance at compatibility.

Get a personal astrology reading to learn more.

Is Harmony in their Future?

The downside to a Virgo man’s plentiful thoughts is that he can have way too much. He tends to analyze all possibilities, which leads to him getting lost in the details. He’ll worry about little things that don’t even have the significance to show up on her radar. When it comes to this area, especially when it’s about handling money or making plans, they will clash.

The Virgo man will soon come to realize that an Aquarius woman doesn’t have the energy to pick through everything with a fine-toothed comb. She wants a mate who can roll with the punches and doesn’t waste time with worry. Aquarians need to be free, and she enjoys the unpredictable. She’ll break the budget, she’ll run off on a whim, and she’ll dance to the beat of her own drum.

The deeper these two get into their relationship, the Virgo man will most likely find red flags in the Aquarius woman’s seemingly unsteady behavior. She’s here, there, and everywhere… and the same goes for her moods. Aquarius, on the other hand, might begin to find the Virgo man boring. If you love an Aquarius, you love her for her quirky charm. She doesn’t like normal, because where’s the fun in that?

The good thing is, there is always room for balance. If the Virgo man understands the Aquarian woman’s need for freedom, he’ll let her have it. But, he’ll also be her voice of reason and will provide a stable foundation. He’ll also take care of the bills and the money, as long as she does her part in being responsible. And, she could really use some caution every once in a while, just as long as she doesn’t take Virgo’s rhyme and reason as a way to dampen her spirit.

In the bedroom, an Aquarius woman’s and Virgo man’s polar energies will work to bind them together, creating epic bursts of intimacy. She’s more likely to deviate from his traditional ways of lovemaking, but he’ll be eager to explore her deepest desires. In fact, a Virgo man has a naughty side that people don’t expect from his quiet demeanor.

And yes, Virgo does like to take it slow and steady, but he won’t stop there. He’ll bring on the spice once he figures out the deepest desires of his Aquarian lover. It won’t take long for these two to find their perfect tempo. After all, Virgo likes to give, and an Aquarius woman isn’t afraid to voice her needs.

Learning and Loving Each Other

When you take it outside the bedroom, Virgo men and Aquarius women do have a lot to work on in terms of their personalities. She is excited by change, yet he prefers the predictable. She hates being told what to do, but he’s a perfectionist who likes things a certain way. And she will make her anger known, but he avoids confrontation at all costs.

If you’re wondering if Virgo men and Aquarius women ever survive these differences, they most certainly can. The first step is to use their strengths to elevate their relationship. There is always a level of compromise and respect required in all partnerships, and these two already have an advantage by being naturally inclined to consider the needs of others.

If Aquarius, an air sign, truly understands Virgo, she will respect her partner’s need for stability and blow her winds of change in small doses. And if he knows her need for excitement, he’ll allow Aquarius flutter off to new adventures, as long as she gives him the confidence that he has nothing to worry about.

As far as his perfectionism? An Aquarius woman can deal with it, as long as the Virgo man isn’t offensive and overbearing. He can bring ideas and implement structure, but he has to remember that he’s part of a team. As long as he doesn’t condescend, she will be open to his ways of doing things, and she might even consider them innovative. This could be a win-win for both, since Aquarius loves thinking outside the box.

In terms of conflict, there is also a lot to learn. With her tendency to bottle things up, and his habit of avoiding confrontation, temperatures are usually at the boiling point when they finally decide to address their issues. An Aquarius woman will show rage, and she can be extremely sarcastic and hurtful with her words and actions.

When she is angry, a Virgo man must not take her outbursts personally, and he must not let his emotional side cloud his ability to forgive. On the other hand, Aquarius must be very careful not to wound Virgo’s extremely sensitive personality to a breaking point. Sometimes, there are words and actions that you can’t take back.

If both are committed to make it last, the future is bright for a Virgo man and an Aquarius woman. By focusing on the positive, learning from their faults and working towards love against all odds, these two will have enough strength to sustain a healthy relationship that has the perfect balance of excitement and stability.

For additional insights about compatibility between Virgo men and Aquarius women, connect with a love psychic on Keen. The trusted psychics in our network have the answers and can provide you with the clarity you seek when it comes to love and relationships. 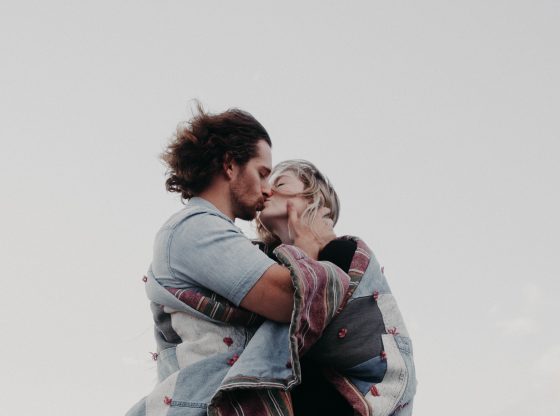 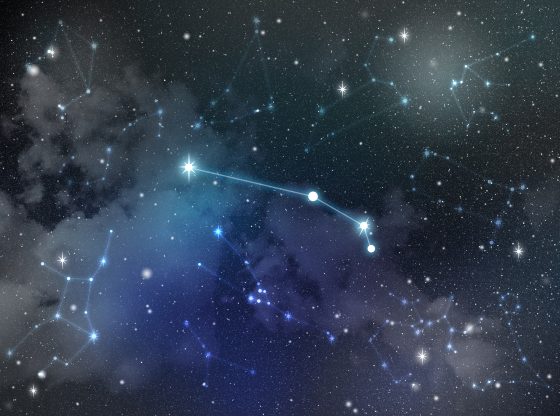