What the Full Moon Represents 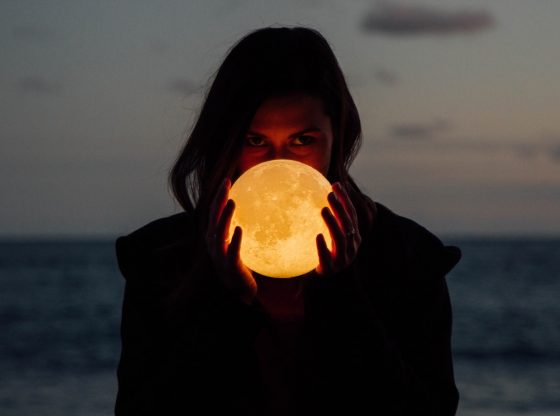 In Western culture, many people are fearful of full moons — to the point where they even blame the full moon cycle for out of character behavioral patterns. There are studies that have even associated deaths, accidents, and illnesses around the full moon. However, in Vedic Culture, full moons are more auspicious than the new moon. Let’s take a closer look at the full moon meaning as its past greatly influences the present.

How often is a full moon? Approximately every 29.5 days. Western cultures believe that the day of the new moon should be when one places aspirations on paper and begins new projects. According to Vedic philosophies, the moon transits come from the Vedas, ancient Hindu texts which serve as guides. The Vedas were written in Sanskrit between 1500 and 1000 BCE. One big takeaway from these scriptures is that they state all celestial bodies are interconnected, thus causing actions and reactions.

What Does the Moon Represent Spiritually?

There is only one thing which is endless: the sun. As a result, the sun represents eternal and everlasting immortality. On the other hand, the moon is unique as it waxes, wanes, and can appear in all stages between new and full. In addition, humanity is presented in the cosmos as return, reappearance, and rebirth, leading many Hindus to believe in the concept of reincarnation.

The old texts also explain that the supreme God is Indra, who controls everything in the universal world, except for free will. Thus, being loved by Indra or Brahma (whichever you prefer), gives planets (Gods) certain power. Also, in the Vedas, the moon is a container; some call it a ship that has a secretive drink called Soma.

It is said that when the priest and all those that worship the moon drink the Soma, they enter a trance and can communicate with other beings and planets (God aka Sun, Moon, Mercury, etc.). The moon (Soma) has a direct link to Indra, thus given great powers and is often connected with a motherly figure. Some say that the moonlight is significantly more magnificent than the sun.

The moon is also known as Chandra, and has been the power behind all, including spirit guides. He is also referred to as the God of Fertility in relation to Cancer, the mother. There are some very religious people who prefer not to celebrate their birthdays on the day they were born, but instead, celebrate them when the full moon enters their sign, which is known as full moon astrology.

Hindu Holidays and the Moon

Hindus believe that even though nature needs the sun to vegetate, birth, and rebirth, it is also linked to the moon. Therefore, everything revolves around the moon, including all prayers and manifestation. Hindu holidays, however, revolve around the position of both the sun and the moon. The significance of this is that we are all interconnected and have a direct connection to the supreme being through the moon.

Unlike western ideology, where the new moon calls for planting seeds and aspirations, the Hindu culture sees it is evil and causes many temples to close, except on Deepavali, which falls on a new moon. So, when the eclipses come, either lunar or solar, they obscure sight and are considered bad luck when taking any kind of initiative. It is advised to stay at home, fast, and wear lighter color clothes so that during the solar eclipse, one is not burned by the energy, and during the lunar eclipse, one is protected.

When you see the moon, understand that our direct connection to the universe is light; we should grow and not be afraid.

How will the full moon make you react? Call or chat with a psychic today!

Keen Editorial Staff
Keen's Editorial Staff is made up of world-class writers, astrologers, psychics, and advisors with diverse experience and spiritual sensitivity.
What You Can Learn from Your Summer Fling
How to Get Grounded