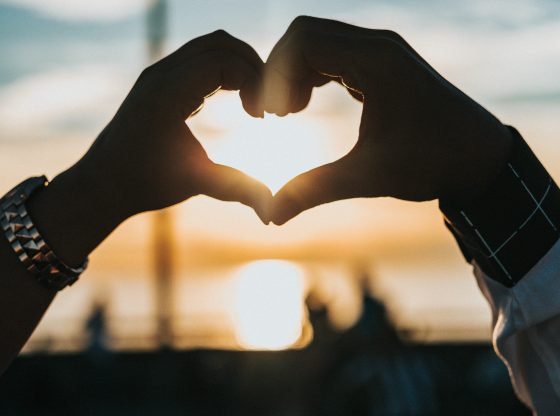 You can plot and plan and cajole your man, but when it comes to Valentine’s Day, the outlook for love is as dependent on the position of the planets as ever. Sometimes this annual event is overly dramatic and other times, it is pleasant and uneventful. Some years see the planets getting tense and others see harmony. Valentine’s Day in 2011 is a tightrope walk between absolutes, transformations and comparing the present to the past – and where you find yourself on the planet on February 14 will have an impact too. All will be tinged with an emotional sentimentality that will be sweeter than a box of chocolates. Let’s look at the planetary activity in the zodiac for the day of February 14 to know ahead of time just how things will be on the big date.

The Moon is the ruler of our emotional nature. On a day that is already built on our deepest and most passionate emotions, its location in the zodiac is the biggest determinant of the mood down here on earth. The Moon is in the zodiac sign of Cancer all day. This is the most sentimental sign of the zodiac, but, being ruled by the Moon, the feelings and intense emotions that are evoked tend to manifest on the appreciative side.

Should you be seeing some one, look for Valentine’s Day 2011 to be a sweet appreciation of what you mean to the relationship. If you are single, the sweet dreams of love in your future will have to suffice.

Mercury is the planet of communication and Saturn is the planet of stern limitations and absolutes. When these two harmonize, as they do in the early hours of Monday, February 14, communication is relaxed and real. There may be awkward silences and uncertainty regarding the next move to be made on a date, but this will be a day where the jitters are conquered and ridiculous misunderstandings do not manifest. This planetary influence will be as much a relief to your date as to you.

Around sunrise (8:52 AM EST in the United States), the Moon will be at a tense angle to Jupiter. The big planet of our solar system rules hyperactive behavior and exaggeration, so you may find an early morning battle with the “what-ifs” as you wake up and start the day – but do not act rash under this planetary influence. Jupiter energy can be very beneficial as big projects get announced, realized and completed under the watchful expansive energy of this planet. If you are single, this is no time to go into any hysteria over being single the rest of your life. If you are not sure of what the man in your life has planned, this is the time of day when you might get nervous and project all of your feelings of self-worth onto him. Don’t do that. It is natural to be nervous before a big date, especially on a big day. Knowing about the Jupiter activity ahead of time allows you to be prepared for a few hyper hours in the morning. This too shall pass. If you live on the west coast and sleep until 10 AM or later, this might manifest merely as an involved dream.

This opposition occurs on Valentine’s Day at 12:46 PM EST in the USA and you should be prepared as Pluto is the planet of transformation. If you are Valentining out on the town in London, your dinner will induce a major moment of transformation in the relationship. On the East Coast, a lunchtime date could be a Valentine that marks the end of one phase of a relationship and the beginning of another. When the Moon opposes this distant planet (and yes, in astrology, Pluto is still a planet), emotions tend to be expressed in absolutes. You are more likely to hear “I love you forever” or “I never want to see you again” than you are “It is nice being with you, let’s see where it goes.” On a relationship-intense date such as Valentine’s Day, the Moon-Pluto opposition is likely to bring out pronounced ultimatums and insistences about you and the relationship from your partner. Don’t be surprised, though, that you will be creating such extreme and transformative gestures too, even with your knowledge of this planetary influence.

Once again, if you are in L.A. sleeping in while your boyfriend is surfing or you two are taking it easy at breakfast on a Hawaiian vacation, you might miss the most intense energy of this opposition. Couples throughout Europe, though, will have big changes occur during their evening Valentine’s Day dates.

Well, if you thought the way to an easy Valentine’s Day was to simply get out to Las Vegas or further west, there is still a karmic speed bump on the road to celebrating the day of love. Just after 7:30 PM PST in the USA, the emotional Moon opposes Venus, the planet of love. This is not a bad planetary opposition, but it does make things more intense. Expect the west coast dinner dates to bring out the love babble of one partner to the other. This little problem could also happen on the East Coast at a late nightcap or those in the Midwest who got reservations on the later side because a partner works into the evening and this Valentine’s Day falls on a Monday. But expect one partner to be more pronounced and attuned to the relationship, and the other to be on a different wavelength altogether. You might be under the impression that your boyfriend is going to propose marriage to you while he’s just excited that baseball’s spring training is about to start. Pitchers and catchers are reporting but he will be left wondering why he is not scoring points with you. You can tell him to blame it on the Moon, as it has picked a lousy time to play with the emotional expectations you had for your Valentine’s Day date. If you are in a long-term, committed relationship, this planetary interaction might manifest as one partner being a little bored with the Valentine ritual while another was truly looking forward to being out in the world as a couple. Little tiffs will break out and be quickly quelled with reaffirmations of love among those partners who are set in place.

Meanwhile, singles everywhere can be relieved to know that they picked a good Valentine’s Day to skip on romance, as sentimentality makes tense planetary activity rub relationships on their most tender spots.