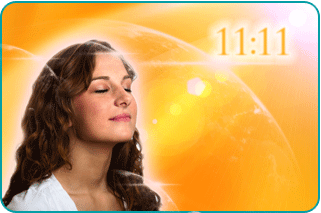 The world can become a magical and meaningful place when you awaken to the creative field known as the “dreamtime”. Dreamtime is full of synchronicity and meaningful happenstances that turn your head around to the fact that we are individually and collectively creators of our experiences on earth. A series of repetitive numbers on a license plate, a symbol on a tee shirt of a passerby, a tune on the radio, or the subject of a drama as you glance at the TV can all seem miraculously synchronistic when referenced to your thoughts.

Thoughts drive creation and consciousness and produce manifestations in the form of opportunities and signs about what we are contemplating as quickly as an instant in some cases. Other synchronicities appear generated from the subconscious (the psyche) and are projected onto the screen we call life seemingly without volition.

Synchronicity is a phenomenon first described in the 1920’s by Carl Jung, the father of analytical psychology. Jung coined the word and described it in a variety of ways: “an acausal connecting principle”, “meaningful coincidence”, “acausal parallelism”, and “acts of creation in time”. In 1952, along with physicist and friend, Wolfgang Pauli, he published Synchronicity: An Acausal Connecting Principle, a paper that must have raised some eyebrows at the time.

In its attempt to explain magic, synchronicity, and the design of the universe, quantum physics has offered its theories. Michael Talbot in his groundbreaking books Synchronicity: The Bridge Between Mind And Matter and The Holographic Universe explains that every particle in the universe is interconnected. He cites the findings of an experiment by physicist Alain Aspect that proves it. Aspect discovered that subatomic particles such as electrons are able to instantaneously communicate with each other regardless of the distance. University of London physicist David Bohm believes Aspect’s research findings suggest that objective reality does not exist. Despite the appearance of solidity, the universe is “at heart a phantasm, a gigantic and splendidly detailed hologram.” Michael Talbot, like Jung, hypothesized that interior experience manifests in the outside world. He suggested a “psychoid reality”, a reality between physical and mental and influenced by both.

However we try to explain the nature of synchronicity, the phenomenon turns a 3-dimensional perspective of concrete reality on its head. What can be said about synchronistic experiences is that they tend to lead you towards self-discovery, bringing meaning to your life. They can be signposts of your achievement as you make strides in fulfilling your goals creatively. And most importantly, they are guiding messages helping you to fulfill your destiny.

Synchronicities are often experienced as symbolic language. Like any other kind of language, you have to learn the basics to understand what is being communicated. As with symbols in dreams, the meaning of a synchronistic symbol can be personal, having some association that the individual immediately recognizes. Or the symbol may have a collective or “universal” meaning that the individual must have or develop knowledge about. A symbol will stand for an entire idea that often has several layers of meaning within it. Seeing a rose on a tee shirt of a passerby and then looking into a storefront window a moment later to notice a dozen roses in full bloom would represent a synchronistic sign about the simple or more esoteric meaning of the symbol of the rose. Simply speaking, a rose represents beauty. As an esoteric symbol, one of its many meanings is divine love in feminine form, emblematic of the Queen of the Heavens – Mary. The symbol will be of personal significance to the individual, arriving at a moment in time when its message is necessary to the growth and evolution of the individual’s consciousness.

Synchronicity can produce an “ah-ha” moment. Carl Jung once described a session he had with a client who he described as overly rational. Because of her rational style of thinking she was having difficulty making a psychological breakthrough. In the session, she described a dream about an Egyptian scarab beetle, which Jung recognized as a symbol of rebirth and new awakening. Hearing a tapping sound on the window behind him, Jung turned around to see a beetle of the same description bumping against his window. Jung caught the beetle and presented it to his patient. The unexplainable synchronistic event so stunned his patient that it forced her out of prison of rationality and a breakthrough in her therapy occurred.

The more open and expectant you are that signs will magically appear everywhere you go, the more you will not only notice them but the more you and your guides will be creating them in the field of consciousness around you. For instance, I make it a point to ask for messages and signs about the theme of my weekly dream group. The synchronistic signs of symbolic information that I collect while at the supermarket I jot down on a shopping list pad and reveal at the beginning of the group. In this way, I demonstrate how symbolic messages retrieved before each session at the supermarket can remarkably offer additional clues to the meaning of a dream discussed in the session later that day. Soon participants loosen their constructs of concrete reality and are able to see the correlation between night dream and the dreams of the day – the dreamtime.

Creative Play with a Meaningful Design

Some synchronistic messages stand alone and are immediately recognized for the intended meaning. Others are only one piece of a string of clues leading you towards an area of self-exploration or towards a piece of your destiny. For instance, some awakened authors relay that much of the research for their book was sparked by synchronistic messages or events pointing toward a particular line of inquiry.

Large numbers of people, perhaps millions, have experienced synchronicity with the numbers 11:11. So much so, that it has been coined “the 11:11 phenomenon”. For some, it seemed that every time they noticed the reading on a digital clock it was exactly 11:11. This “collective synchronicity” suggests that 11:11 is a code embedded deep within the human psyche, a code some have viewed as the code of enlightenment. Others have said it represents the ascension of all of humanity into higher dimensions of consciousness.

A Mark of Your Divinity

Synchronistic experiences can be viewed as divine messages pointing to your unity with the mind of God. They remark on the measure of your soul’s evolution and readiness to awaken to a new level of consciousness – the dreamtime. At this level of consciousness you understand that you are an integral piece of the consciousness of everything – a co-creator (dreamer) of the world contributing your unique intelligence both consciously and unconsciously. Synchronicity also demonstrates that you are not alone. Rather, you are being pushed along by guides and sometimes legions of angels who unify their intelligence with you to send you synchronistic messages important to your spiritual evolution.

Other Psychic Articles by Ariadne Green