The Power of Mantras In today’s technologically driven society, communication continues to move away from face-to-face interaction. Perhaps going back to the basics of interpersonal communication can drive our society toward bringing families and neighbors together through the oldest language in the world – Sanskrit.

If, as many linguists state, Sanskrit is the oldest language, that can only mean that the scriptures and mantras in this language are just as old. It does not matter what religion one practices, mantras of all sorts have been practiced for thousands of years by practitioners of nearly all of them.

Sanskrit is not only the oldest language but also it is known as a melodic, mathematical, and spiritual language which bestows the direct communication within ourselves and the higher consciousness.  Embedding our lives around mantras has continued to build growth and spiritual oneness within ourselves and those around us, according Vedic Philosophies.  The mantras themselves have been adopted out of the Gita (literally meaning “song”) and the Vedas (literally meaning “scriptures”), and together they are songs of spirituality.

Searching for answers? Call or chat with a psychic today!

One of the oldest and well-known mantras is “Om” pronounced (auuuum).  Without being too technical, Om’s evocation is to the creator of creation; whether it be Brahma, or any lord of creation.  Om begins almost every mantra, mediation, yoga, or eastern sacred sacrament such as pooja, marriage, or funeral.  In the 1960’s during the “flower power” and baby boomer era, Krishna followers bloomed and “Om Shanti” became even more popular.  Om is also known to echo in the world of conception as a planetary manifestation (creator) and Shanti (peace). Thus, after the Beatles’ visit to India, the baby boomers started many on a new journey or reciting Om Shanti Om.

Today, this repetitious spiritual mantra has lost much of its place in religious practice. Indeed, in the days of technical innovation and smart gadgets, we forget the importance of the direct communication between ourselves and higher consciousness.

I can remember few years back, I had a client who was lost in love.  This affected her finances, family, and inner peace.  Day after day she would call for changes in her life. Her anxiety, frustration and sadness took over her life.  One day when she called me, I asked her simply that for the next 48 hours whenever she felt anxious she was to simply say “Om Ganesh Namaha.” Om is calling out to the creator, Ganesh is a deity which protects us from anything causes us mental anguish, and Namaha has many meanings, but in this instance, it means respect of my sprit to yours.  Surely, she was not cured in 48 hours as God (Universal Being) does not work in an instant.  However, she did begin to feel a little bit less anxious. Through the continuous repetition of the mantra over the following 90 days or so, she was able to get out of her bed and begin the journey of finding a new job.  Eventually, she was also able to find a place to live as she had been forced to stay with family and friends.  Today, she is an executive for one of the largest IT firms in the world and is happily married.  The moral of the story is that mantras are not a quick fix but a journey within oneself.

Is your spirit ready for peace? Get a psychic reading today.

Hindus are accustomed to mantras as most of them chant daily; however, for those who want to bring spirituality back into their lives and find a spiritual path way, one must be able to clear old garbage out of our lives. We must begin with simple mantras before moving our way up to the more complicated.

Gemini is known as “Mithuna” Vedic, which is translated as couple, or people who talk sweet (salty) talk.  I know it sounds funny but isn’t that one of the characteristics of a Gemini after all?   Therefore, one of the deities attached to Mithuna is Krishna, as Krishna always talked sweet talk to beautiful women.

As a person becomes more involved in reciting mantras, the pronunciation becomes more powerful and they are often ready to dive into more difficult and spiritually defined chants. I have included one difficult mantra for those who would like to try it:

This is to invoke Vishnu who is known in the Vedas as finding quick solutions and benefits in one’s life.

If all else fails, remember the simple mantra “Om Shanti om” –  it always works well. I certainly hope that if enough people chant this simple rhythmic mantra, we can all find true peace. 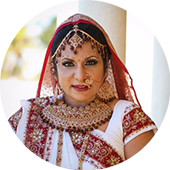 Maharani is Certified Vedic Philosophical Ayurvedic Theoretical Adviser, Sanskrit tarot reader, intuitive, clairalience, and divination through mantras and poojas. She has made over 18,156 accurate predictions and counting. At a very early age she was taught the skills of Vedic divination through rigorous religious teachings. She specializes in In-Depth Spiritual, tarot card and love relationships readings.

Get a reading with Maharani Rutan today! 10 minutes for only $1.99!

Keen Editorial Staff
Keen's Editorial Staff is made up of world-class writers, astrologers, psychics, and advisors with diverse experience and spiritual sensitivity.
Summer 2018 Planetary Calendar: The Healing Power of Stillness
How to Read the Death Card