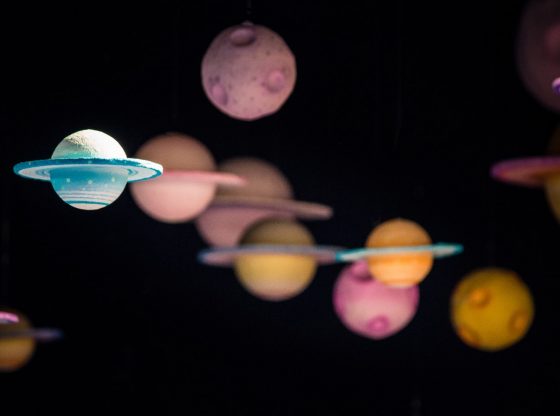 Summer will be a time of reflection, re-evaluating, and re-designing our lives in many different areas. Five planets will retrograde, or six if you count Chiron, the asteroid known as the ‘wounded healer.’

It’s rare that half of the planets in Western astrology are in retrograde, and summer will be a time to make the most of the long, hot summer days. By fall we will be amazed at the changes that have occurred.

Many don’t like when things slow down, but it’s time to re-access and review rather than start new ventures. If you do begin new projects, expect delays, obstacles, and know that the project may not get off the ground just yet this summer. Once the planets turn direct again, the project may change in significant ways.

There is magic in the stillness and slowdown of activity, if you take the time to reflect and remember that which you thought you had forgotten long ago. The world can seem still, peaceful and reflective. This is the time to re-connect with the past, pick up old projects and decide what could be changed for the better, and simply dip your toes into the water as often as you can. There is more to life than always rushing forward, full-steam ahead.

This is not negative, but part of the natural cycle of life. Some things will be uncovered that need to be known, and you may experience a sense that you should have known something you didn’t previously realize. Live each day and find good in it. Let go of those things that show themselves to be false, make peace with the rest, and know all things serve a purpose.

Many situations will come to a conclusion, and while things may seem slow, there is a lot going on underneath! It’s like watching a flower grow. It starts as a seed and nothing happens for a long time, and then one day you discover there is a bloom.

To help guide you through energy shifts over the next few months, here is a look at this summer’s planetary calendar:

Mars will retrograde at 9 degrees of Aquarius.  On August 14, it moves back into Capricorn where it will turn direct. Mars’ retrograde affects energy levels and we become accident prone.  Frustration and anger can arise because things aren’t moving quickly and seem stuck.

This is not the time to have elective surgery, start a business or new ventures. As Mars rules men, they may seem to go retrograde as well, in some cases. Mars also rules action, the police and military, conflicts, guns and anger. Issues or people may become more manipulative and angry at this time or we could experience this ourselves. Many things will change quietly and beneath the surface.

Mars and the South node will oppose each other twice this summer and this relates to letting go of situations that no longer serve your life.

If Mars stations retrograde or direct on a planet in your personal chart, there can be an expression of combative energy, headaches and other complaints. This is definitely the time to step back for a few days and relax.

The ‘shadow period’ of retrograde Mars will last until October 9, when energy finally resumes its normal pace.

This is good news! The planet of gain and expansion turns direct at 13 degrees of Scorpio.

While in retrograde, things promised by the planet of expansion may never transpire, or do so in a lesser manner. As Jupiter turns direct in Scorpio, issues connected to money and finance may pick up as Jupiter rules the 8th house of sex, money, taxes, inheritances, mortgages and insurance, or court cases. You will see gain in whatever house Jupiter is transiting in your personal chart.

How will retrograde affect you? Speak to an expert astrologer today!

Mercury will retrograde at 23 degrees of Leo, and turn direct again on August 19, at 11 degrees of Leo. Leo rules the 5th house of children, friends and love affairs. Issues may arise in these areas. This is definitely a time to step back, observe as though from a distance, and at times we must retrace our steps.

Misunderstandings may be common and its is best not to take them too seriously. Some relationships will end if they are tottering on the edge, and other relationships from the past may come back together, or you can connect with those you have previously known.

You should not marry, get engaged, buy high-ticket items, cars, or make long lasting decisions. If possible, you should not start a job.  If you need a job however, it is better to take one than not have one. In the future the job could change, or you could move again.

Uranus retrogrades every year and is not as apparent as the faster moving planets like Mars and Mercury. You will notice this transit more if Uranus is aspecting a planet in your personal chart at 0-2 degrees of Taurus, Leo, Scorpio or Aquarius.

Saturn is in Capricorn and is considered at home here making it very powerful. Situations may seem heavier and more restrictive during the retrograde, especially if it affects your personal chart.

While in retrograde, Saturn slows down the normal rate of activity so better methods can be developed and organized. Saturn rules the structures in our lives and allows us to develop our personal boundaries.

As Saturn turns direct, this can be good news for many issues and situations that have been stuck. This is true for both the individual and the collective.  Saturn can represent a reality check in many areas.

While summer may seem slower at times, it will be an amazing thing to see the planets turn direct once again, and the timing will all be perfect.

Keen Editorial Staff
Keen's Editorial Staff is made up of world-class writers, astrologers, psychics, and advisors with diverse experience and spiritual sensitivity.
Mars in Retrograde: June 26 – August 27, 2018
The Power of Mantras