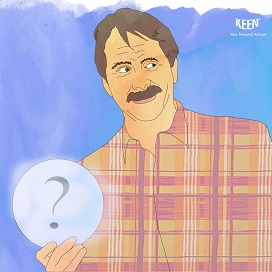 Psychics, mediums, and spirit guides hold a special place in the iconography of modern culture. The media is rife with hyped-up images that run the gamut from emotionally haunted “ghost whisperers” and crime-busting clairvoyant detectives to famously funny fortune tellers like Johnny Carson’s immortal Carnac the Magnificent. In reality, though, being a psychic involves having any one of a number of psychic gifts or abilities, which can be anything from simply having a heightened level of intuition, to the ability to speak with the dead, or predict the future.

People who have these gifts often dismiss them because they simply don’t fit into society’s accepted landscape of reality, because, face it… having a conversation with your Great Aunt Norma who passed away in 1967 might not seem “normal” to most folks—even though for others, it might be an everyday occurrence.

Déjà Vu All Over Again

It may be Yogi Berra’s most famous line, but if you have consistent feelings that you’ve been someplace before, or have experienced something previously and history seems to be repeating itself, even though the place or event is totally new to you, you’ve likely got a predilection for déjà vu. This sense of dual reality may be because you are picking up the experience of another person from the past that dovetails with your current circumstances.

What Dreams May Come

While Freud might argue, if he were here, that dreams are a coping mechanism for the events of our everyday lives, if your dreams are especially vivid and contain scenes of future happenings that often come to fruition down the road, you might be a psychic.

In the old days before cell phones, it wasn’t easy to reach someone long distance, but have you ever found yourself simply thinking about someone and suddenly the phone rings and it’s them on the line? Or, how about if you lock eyes with someone across a crowded room and can hear their thoughts in your head? This kind of psychic communication is known as telepathy.

So, you’re meeting someone for the first time, and as you shake their hand, you feel this strange frisson that’s something like a movie in fast-forward that pretty much fills you in on their entire personal history. This phenomenon, known as psychometry, is akin to déjà vu, and can be associated with things and places as well as people.

The connection between you and the people you care about runs so deep that you just know when they’re in trouble. If you find yourself with a knot in your stomach right before your husband calls to tell you he’s been in a fender bender, or if you have an inexplicable anxiety attack and later find out your best friend suffered a heart attack at the same time, you might be a psychic.

Or at least speak with them. Maybe the departed come to you in dreams. However they choose to communicate, you may have psychic abilities if the information they share is uncannily on the money.

If you can predict future events with a fair amount of accuracy, you might be a psychic (actually, never mind the might … you are a psychic).

If you’ve checked off a bunch of items on this list, or even just one, there’s a good chance you’re a psychic. Whether you choose to ignore or embrace these gifts is up to you, but as with any tool that’s powerful, before you plug in, it’s best to learn the dos and don’ts. Mishandled psychic abilities can land you in a world of trouble, so if you do plan to pursue this path toward enlightenment, be sure to first seek counseling from someone trustworthy who can advise you about responsible use and safety issues, and can keep you safe as you explore the world your talents have opened up for you.

Do you want to test out your own psychic abilities? A KEEN advisor can help you get a handle on your gifts and channel the most positive outcome.

Keen Editorial Staff
Keen's Editorial Staff is made up of world-class writers, astrologers, psychics, and advisors with diverse experience and spiritual sensitivity.
Psychic Children: Why Kids See Things Grown-Ups Can’t
The Psychic Powers in Your Pantry: The 5 Fortune-Telling Foods You Already Have