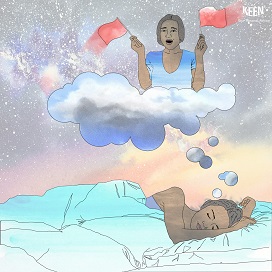 There’s a question we’ve been asking for centuries: what do our dreams mean? Many people believe that messages in a dream are a recapitulation of things past. Those who have studied the work of groundbreaking psychoanalysts Sigmund Freud and Carl Jung posit that the contents of our dreams are the creations of our subconscious minds, and are much more likely represent symbolic keys to unlocking seminal events in our past, rather than presaging our future. On the other hand, those who follow the teachings of Edgar Cayce believe that our dreams can serve as avenues by which precognitive messages travel from the subconscious to the conscious mind.

Precognitive and clairvoyant dreams have been credited with predicting disasters such as the sinking of the Titanic or the events of 9/11. Abraham Lincoln was said to have dreamt of his own funeral only two weeks prior to his assassination, while Mark Twain similarly envisioned the demise of his brother right down to the details of the casket in which he was buried.

Dreams can be perilous places, and it’s not uncommon for people to dream of dying, although in most cases, dreamers usually awaken before death actually occurs. On a symbolic level, dreaming of our own peaceful death can actually be a positive sign that we are simply closing one chapter of our lives and moving on to the next phase. When we dream of precarious situations, such as being chased by wild animals, or trapped in a burning house, or followed by a sinister stranger, it usually means we feel overwhelmed by circumstances in the waking world and are seeking escape. But sometimes it might mean more.

Drowning in a Dream

When Helen began to experience recurring dreams about driving along an icy, unfamiliar road, it was unsettling, but she didn’t really give the nocturnal visions too much thought. After all, she’d just moved from San Diego to start a new job in Upstate New York, just outside of Buffalo. These changes, while exciting, were pretty stressful, as well. Helen reasoned it was just her subconscious’s way of telling her to stay focused until she knew her way around better.

But as the weeks progressed, Helen’s dreams started to become more detailed. She began to notice specific landmarks, and realized that as she passed each one, the road conditions worsened, and she came closer and closer to losing control of the car. Finally one night, after passing a vivid detour sign, the car veered off the road and sank into a pond. Helen was trapped inside as the water rose inch by terrifying inch. Try as she might, she was unable to open the door or break out a window. She woke in terror as, in the dream, the water closed over her head.

Shaken as she was, Helen was also soon relieved, because the dreams stopped. She was so caught up in her new routine, that she’d put them out of her mind, and barely gave them much thought.

When the weather started to get chilly, signaling the change from autumn to winter, Helen dutifully took steps to get her car ready for the cold weather. Being from the West Coast, she’d never really had to deal with snow, and she wanted to be prepared. When the weather forecasters predicted the season’s first big storm, Helen headed to the store to purchase a shovel, some flares, and a bag of kitty litter to put in the trunk–just in case.

Helen was already in line for the checkout, when she was suddenly hit by a feeling of dread as the image of the detour sign and the car plummeting into the frigid water from her dream flashed vividly in her head. Looking up, Helen noticed a display for one of those auto safety hammers for use in case of emergency. “This is stupid,” she said aloud, but she couldn’t walk past the display without picking up one of the hammers and adding it to her cart.

“I can’t believe I’m doing this,” she thought as she installed the hammer in her car. “It was just a stupid dream.” It was true, Helen was a good driver, her car had four-wheel drive, and she’d never been in any kind of accident, so when the snow started falling a few days later, it didn’t cause her much concern.

As she was leaving for work, the weather forecaster was warning about patches of black ice and intermittent road closings, but Helen had a big presentation that day, and she didn’t want to be late. Likewise, when she got stuck in traffic on the highway, she simply took the first available exit and flipped on the GPS, sure she would still have plenty of time to get to the office to make the meeting.

But as she was driving along the unfamiliar road, she realized it wasn’t unfamiliar at all. It was the road in her dream. With each passing landmark, she grew more anxious, but with traffic ahead of her as well as behind, she couldn’t stop or pull over.  When the detour sign materialized, she wasn’t really surprised. Even cautious driving was not enough to stop the momentum of her car when it skidded across unseen ice and slid off the road, down the embankment and into the pond.

While the whole thing seemed to happen in slow motion, it didn’t take long for the car to begin filling with water. Helen grabbed the safety hammer, slashed off her seatbelt and smashed out the window. As she struggled from of the car, several pairs of strong arms reached out and pulled her to safety. “Good thing you had one of those,” noted one Good Samaritan. Helen was still clutching the hammer in one tight fist. “I’m glad I’ve never had to use mine.”

Although she’d never had precognitive dreams prior to this experience, Helen credited her premonition with saving her life. As a result, she began to pay much closer attention to the messages she was being sent in dreams. It may not always be that dramatic, but there is a lot of insight to be gained from dreams. Many people with vivid dreams, whether good or bad, can benefit from seeking the counsel of advisors who speak that language, and can translate the meaning of dreams into actionable steps–so that the dreamer can not only to avoid dire consequence, but also improve their everyday life.

Are your dreams trying to tell you something? A KEEN advisor can help you interpret the important messages that will shape your future.

Keen Editorial Staff
Keen's Editorial Staff is made up of world-class writers, astrologers, psychics, and advisors with diverse experience and spiritual sensitivity.
What is the Oracle of Delphi?
Animism and the Spirituality of the Natural World