Friend or Frenemy? The Tarot Reveals the Truth About Barbara’s BFF

Home /Tarot/Friend or Frenemy? The Tarot Reveals the Truth About Barbara’s BFF
Tarot | 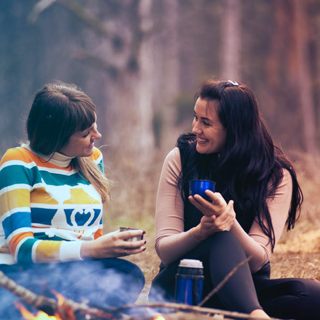 When you’re lucky enough to have a friend you can count on in any situation–someone who’s always there when you need a shoulder to cry on; who happily celebrates your victories; someone who offers thoughtful advice when you’re feeling confused, or simply listens when you just need to vent; who takes your side in any struggle, and is your biggest fan; who goes out of their way to cheer you up when you’re blue–that is truly a blessing.

Barbara and Claire had enjoyed just such a relationship since high school. They’d stuck together through thick and thin. They talked on the phone for hours, dishing over dates and commiserating over break-ups long-distance throughout college. After graduation, the two stayed close, sharing their hopes and dreams for the future, and were practically inseparable.

Your Agenda is Showing

When Claire interviewed for the job of her dreams, Barbara lent her the best outfit she owned. Both had studied journalism in college, albeit at different schools, so Barbara was over the moon when her friend landed the coveted slot of Associate Editor at a highly regarded regional magazine.

Barbara’s career path was less high-reaching, but she was determined to pursue her dreams of someday being a respected reporter and writer.  She’d been working a year at the local paper as a beat reporter when she got a call from Claire who told her she’d been promoted to Senior Editor, and she’d already recommended Barbara to fill the associate position if she wanted it.

“Wanted it?” she told me. “I was thrilled!” Not only was Barbara excited to be taking the next step in her career, she was ecstatic thinking of how wonderful it would be to be working with Claire…but after a few months, things were not nearly as rosy as she’d hoped. As it turned out, she was working for Claire rather than with her, and “work Claire” was a much different animal than the girl Barbara had grown up with.

It didn’t take long to see that Claire was ambitious–not that there was anything wrong with wanting to get ahead, but Claire seemed to need to be the center of attention, and have her ideas be the ones to get the nod from the powers that be. Still, Barbara was happy for the chance to hone her craft at such a prestigious magazine. She couldn’t help but believe that when her time to shine came, Claire would be there to cheer her on.

So, when Barbara got wind that a huge theatre star was coming to town to teach a summer session at the local college, which was her alma mater, she took it upon herself to contact his publicist to see if he might be willing to give her an interview. It was a long shot, but there was always the chance he might say yes–which he did!

At the morning editorial meeting, Barbara could hardly contain herself. When the Editor-in-Chief opened the discussion for new ideas, Barbara alerted the staff to her coup, but as she was filling everyone in, Claire interrupted her. “I’m so glad you followed through on that lead I gave you,” she said. “Have you arranged the time and place for me to do the interview?”

Barbara couldn’t believe her ears. Not only had Claire taken credit for the “get,” she was poaching the interview! Later, Claire called Barbara into her office. “I’m so sorry I had to do that,” she said soothingly, “but they’d never let someone in a junior position interview a big star like that. It’s too much responsibility for a rookie. I just thought it would be easier to take the news coming from me than the boss.”

What the Cards Revealed

As hard as it was to accept, Barbara swallowed her pride and scheduled the interview. She had to admit, Claire did an admirable job, but from that moment on, something between them shifted. They still dished romantic dirt and hung out with one another after work, but Barbara feared her longstanding friendship was no match for her friend’s ambition. When she called me regarding her concerns, the truth became painfully clear.

We both concentrated on the relationship she and Claire shared. “Let’s think about how it started, and get a feeling for the foundation.” For this card, I pulled the Three of Cups, which depicts a trio of women, happily celebrating one another’s company. It’s obvious the women are on equal ground. Each figure is as integral to the scene as the others. This is a card that speaks of sisterhood and simple joy, and represents a moment in time that exists in the here and now as something to be cherished. Barbara had been correct. She and Claire shared a bright beginning, but, the centering influences had since come undone.

“Now, I want you to think about when things began to change between the two of you,” I instructed her. Here, the Seven of Swords revealed an unsettling truth. In this card, a stealthy figure skulks behind the scenes. Behind him, bright tents fly their banners. Perhaps a battle is at hand, but this person is intent on stealing away with his compatriots’ weapons, leaving them ill-prepared and defenseless to do battle. Whether he is a spy or out for personal gain is not immediately clear, but he is definitely someone who is not to be trusted. “I think you need to pay very close attention to Claire,” I told her. “She definitely has her own agenda.”

“Let’s take a look at the future,” I said. “Concentrate on the ramifications of staying on your current course.” The Ten of Swords revealed betrayal on its deepest level. In the card, a figure lies face down on the bloodied earth, mortally wounded. He has been stabbed in the back savagely and repeatedly. The meaning was all too clear. “Barbara,” I said, “whatever you had with Claire before is gone, or at least buried so deep that she no longer recognizes the value of your friendship. I don’t know if you want to salvage the relationship or not, but if you continue to work with Claire, things are only going to get worse.”

“And finally,” I said, “let’s see what force you can concentrate on bringing into your life that can help ensure the best conclusion to the situation.” When the Justice card appeared, I knew Barbara had to make a choice, and soon. Here, the figure of robed Justice sits on his bench. In one hand, he holds a sword that augurs decisive action; in the other, the scales of justice, which indicates that clarity of thought and bravery of conscience, must be called into play.

“Do what’s right for yourself,” I told Barbara, “but keep your karma clean. If you sink to her level, it will only make things worse.” I suggested to Barbara that she begin to keep a paper trail. “Put everything important, especially your ideas, in a memo to Claire, and CC your editor. That way, at least, he’ll know whose ideas are whose.”

When next I heard from Barbara, she told me she’d taken my advice. Claire’s response had been chilly, but professional. “I’ve been offered another job, and I’m taking it,” she confided. “I realize now that Claire felt threatened and was acting out, but I have to say, I expected so much more from her.”

“Do you think the friendship can be saved?” I asked.

“I miss what we had, but it will never be the same,” Barbara admitted sadly. “If she can ever own up to what she did, I’d be willing to try, although I’m not going to hold my breath.”

“Well,” I told her, “why don’t you give it a little time. Call me in a month or so, and we’ll see if a reconciliation is in the cards.”

Are you worried someone you trust might not deserve it? Consult a KEEN advisor to find out if your bosom buddy’s private agenda takes precedence over your friendship.

Keen Editorial Staff
Keen's Editorial Staff is made up of world-class writers, astrologers, psychics, and advisors with diverse experience and spiritual sensitivity.
Reframing Heartbreak: Getting Over a Breakup with Tarot
Moving In Together? The Essential Guide to a Smooth Move