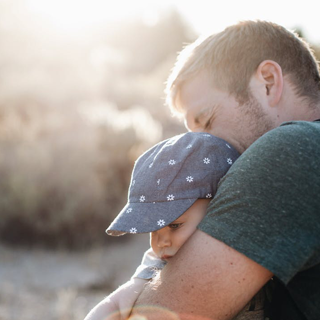 Waiting to have kids until your career is on track is a choice that more and more couples are opting for. In fact, according to a recent article in U.K.’s venerated news outlet, The Telegraph, the number of women who are putting off having a first child until their 30s has risen by about 50 percent over the past two decades.

While waiting to have children may make sense from a fiscal and emotional standpoint, the biological clock has its own set of imperatives. Fertility can be finagled, but the truth is, there are only so many peak years a woman can conceive. And once that window closes, without costly or invasive intervention, the chances for having a baby can be next to nil. That’s one reason being able to evaluate whether or not the person they’re currently with has the wherewithal to make a good parent has become one of the most crucial criteria for many women for whom having children is a high priority.

Some people who are simply wonderful at romance haven’t a clue how to handle responsibility. While callow pleasure may be just fine when the two of you are “a deux,” when baby makes three, there’s many an immature partner—be they young or old—who simply jumps ship rather than cope with the day-to-day reality of raising a child. Ironically, though, some people who exhibit gleeful, childlike traits actually make the best parents, because they can empathize with their offspring and communicate effectively, but still manage to retain parental authority.

It’s certainly better to know just how the person you’re paired with stacks up as parental material before the pregnancy indicator prognosticates your future, but sometimes it’s hard to get a read…and that’s where a tarot reading can help.

When Myra came to me, you could almost hear the ticking of her biological clock precede her into the room. Her aura spoke of late springtime, a hint before bursting into the full bloom of summer. At 32, her career was on track. Her boutique bakery serviced some of the city’s most exclusive restaurants, and every high-end caterer had her on speed dial. Business was steady, and she’d recently taken on two extra employees to handle some of the overflow.

Myra’s partner, Jeremy, had just proposed, and while Myra had accepted, she was having misgivings about Jeremy’s commitment to having children. As attentive as he was to her, he was still a man who enjoyed his boys’ night out poker games, weekend hunting trips, and taking long rides on his beloved Harley-Davidson. Jeremy’s boyish charms were one of the things that had first attracted her to him, but now, as she felt herself growing up, she wondered if he would be able—and willing—to mature alongside her.

I asked Myra what it was she truly wanted for the next phase of her life. After a moment’s contemplation, she sighed. “I want to have kids,” she said. “I love my job and I love Jeremy, but that’s my priority now. I need to know that the person I take that on with has what it takes to do their fair share. I guess I just don’t want to wake up a few years from now resenting the father of my children.”

Ozzie and Harriet, Anyone?

“So,” I said, pulling the Ten of Cups from the deck, “does this about sum it up? She looked at the card and smiled. A happy young couple, their arms outstretched, reach upward toward a glistening rainbow, as their two children dance merrily, a few paces away. “An interesting thing about this card is that if it’s what you choose to pursue for your future, you will likely attain it, with or without your current partner.”

“But what about Jeremy?” she asked.

“Let’s see,” I told her. “We’ll pick three cards for him. First, let’s concentrate on how you perceive him.” After focusing, I asked her to select one card and put it face down on the table.

“Alright, now let’s think about what Jeremy’s truth is.” A second card was duly selected and placed next to the first. “Finally, concentrate on what you want, and if he is the person who can share that dream with you.” Once the final card was chosen, it was time for the reading.

The first card Myra selected was The Fool. “Uh-oh,” Myra laughed. “Maybe I don’t think so much of him after all.”

“I wouldn’t say that,” I told her. “Maybe you do consider him a bit impractical at times, but you appreciate his sense of whimsy, and are perhaps even a bit jealous of his exuberance and free thinking. He’s an exciting man, if not always a cautious one. See the little dog in the corner?” She nodded. “Even when he’s on the brink of going over the edge, he has an inner instinct that calls him back. That’s what the dog is there for.” Myra smiled. The description rang fairly true.

The second card in the reading was the King of Cups. “Well, Jeremy may like being in the eye of the storm and even stirring things up sometimes, but he can actually handle himself better than you might imagine. He’s got real command potential, but there’s one thing you’ll have to be careful about,” I cautioned. “And that’s the tendency to want to take control without sharing or delegating.” I explained that he might retreat into himself rather than reaching out when he’s up against something formidable. It wasn’t something she couldn’t overcome, but she’d have to make clear communication first and foremost if she wanted happiness with this man.

The final card was the Queen of Pentacles. For reference, I pulled out The Empress and asked Myra to think about the difference between the two. “I call The Empress ‘The Pregnancy Card,’” I told her. “To me, it’s more about a natural state of being ripe and ready to procreate.” Myra laughed. “But the Queen of Pentacles is a more balanced card. See how she’s integrated all of the aspects of her life and is now sitting in a beautiful garden? She’s content, because she’s made herself content. She’s made wise choices. She’s put in the work. Now she’s ready to reap the rewards.”

“So, does that mean Jeremy would make a good dad?” she asked.

Since Jeremy valued both freedom and control, Myra had her work cut out for her. “If you think about it, having freedom over your destiny is having control of it in a way, as well,” I told her. “You might need to rein him in once in awhile, or if he gets up on a high horse, learn how to talk him back down to common ground, but it looks as if the ride you’ll be taking together might well be worth the effort.”

Does your love have what it takes to not just make babies, but raise them? Before you turn up the heat and put a bun in the oven, a KEEN advisor can tell you what’s cooking.

Facebook0Tweet0Pin0
Is Your Dream House a Nightmare? Consulting the Tarot for Answers
Five Signs You’re Not Ready For New Romance