The Twisting Path Spread: A Tarot Reading Reveals Rosalinda’s Road Ahead, and Helps Her Choose the Right Fork 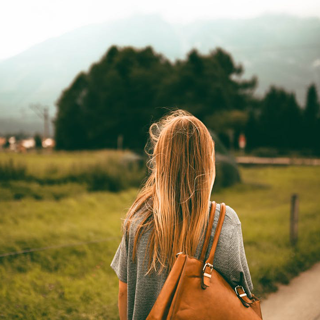 Many times in life’s journey, we come to crossroads. We have a fair idea what we want to achieve and a best-case scenario for how we’d like events to turn in our favor–whether it be in regard to a new career or a budding romance–but we find ourselves faced with making unfamiliar decisions about the best way to proceed to achieve our goals. The Twisting Path tarot spread provides a very useful method for illuminating the pros and cons of such options, and ultimately, illuminating the path ahead to make you aware of unseen complications or hazards that may unexpectedly pop up along the way.

A Tale of Two Men

When I spoke with Rosalinda, she was at just such a turning point. At 35, she was well established in her career as a freelance photographer, and enjoyed a reputation as someone who could always be counted on to deliver the goods in a way that met or exceeded her clients’ expectations. She often accepted assignments abroad, and could take off at the drop of a hat if need be. She loved to travel and experience the unusual, but in her heart, she was a self-described “serial monogamist.” Rosalinda had accumulated a string of long-term romances that had fulfilled her physical and emotional needs up until that point, but now, with her biological clock ticking ever more loudly, she was felt she was ready for a deeper, more long-term commitment. “I want a family,” she told me.

At the moment, Rosalinda was casually dating two men: Stan, a musician and sometime restaurant chef whom she described as “handsome, fiery, passionate, but a bit self-absorbed,” and Mason, editor of the local newspaper, who was “compassionate, funny, and pretty well grounded, but maybe a little dull.”

Both men seemed willing to take their relationships to the next level, but as Rosalinda knew she must choose one potential partner or the other, she had concerns. Rosalinda’s conundrum was that as much as she desired the stability of a committed partnership, she was afraid of sacrificing passion to achieve it. She wondered if it might be possible for Stan to settle down, or if she could kindle warmer feelings for Mason. In the end, the cards revealed Rosalinda’s choice was less about two men, and more about coming to terms with her own conflicting desires.

The card in this position represents the first decision you must make as you tread the path toward your desired goal. The Queen of Swords sits on an intricately carved throne of stone. She’s dressed in somber gray, with only a hint of the same blue as the sky; a bank of clouds swirl around her, as if she is either summoning or calming the storm. This card speaks of a culmination of events; the end of one cycle and the beginning of something new. All of the past decisions Rosalinda had made were woven into the reality of this defining moment. Her next choice, if it were to be an informed one, must be based on things she had learned from past actions, rather than the seductive enticements of a possible future.

The card in this position stands for delusory detour you may encounter that may divert you from reaching your goal. It goes without saying that this card signifies passion and carnal desire. Represented are Adam and Eve, behind them, the tree of knowledge with its resident serpent, and the flames of perdition; above a resplendent angel, and the warm shining sun. It is the moment of decision. To take a bite from that apple and take on all the human frailties that ensue, or to remain pristine and uninformed, yet not living in the real world. Both choices have their repercussions. For Rosalinda, I saw her not making a choice between Stan and Mason, but rather, her unwillingness to let go of an appetite for the wild, thrilling and carefree lifestyle she had lived up until this point.

The card in this position signifies the second decision you must make as you move toward that which you desire. Handsome and steady, the King of Wands is a man whose roots run deep. He is caring and compassionate, and has the wherewithal to build a kingdom from his own hard work and the fertile ground that lies beneath his feet. To me, it was obvious that this card represented Mason. Stan might have the flash, but at the end of the day, it was Mason who had the right stuff… of course, Rosalinda would have to learn to see that for herself. “Did you ever see the movie “While You Were Sleeping?” I asked. Rosalinda told me that she had. “Okay, think of yourself as Sandra Bullock. Stan is the Peter Gallagher character, and I’m pretty sure that Mason, or someone very much like him, is Bill Pullman.”

The card in this position represents another false detour that may divert you from reaching your goal. The Seven of Cups is a card that bespeaks choices with consequences that range from dubious to dangerous, and yet they are so very tempting. We see a figure that represents the querent with hand outstretched to a mystical cloud that has appeared before him. The cups are filled with various temptations. When this card appears in a reading, it often suggests that while you yearn for maturity, you may not yet be ready to release the immaturity of youth.

For Rosalinda, it meant that she was still willing to allow pleasure and excitement to overshadow the pursuit of a healthy, long-term relationship. Mason might or might not turn out to be the husband she was seeking, but if she did want to get married and have children, again, Rosalinda’s choice wasn’t between two suitors, it was a choice between taking responsibility for her own destiny, or continuing a more carefree existence.

The card in this position represents the likely outcome should you heed the messages the cards have sent in regard to your question. Here, a lone figure, again representing the querent, stands atop a hill near the shore, looking out at the ocean where ships are sailing into the harbor. The wands represent his thoughts and actions, and the ships, those things he has sent out into the world that are now returning to him. “It’s a positive card,” I told Rosalinda. “But the change will have to start with you. It’s like that old saying, ‘As you sow, so shall you reap.’” Rosalinda had every chance of attaining the future she desired, however, she had to be ready to understand the role she hoped to take on, and the responsibilities that went with it. “It’s kind of like the choice between a fireworks display and an old-fashioned hearth fire,” I explained. “We all love the thrill of fireworks, but the hearth-fire is sustaining and comforting. It takes work to keep it going, but when you need passion, you can always throw on some extra kindling and turn up the heat.”

Are you caught between two lovers and can’t decide where true happiness lies? If you don’t want to get burned, let a KEEN advisor show you how to ignite a love affair that will really last.