What Impact Do Reversed Tarot Cards have on a Reading?

Home /Tarot/What Impact Do Reversed Tarot Cards have on a Reading? 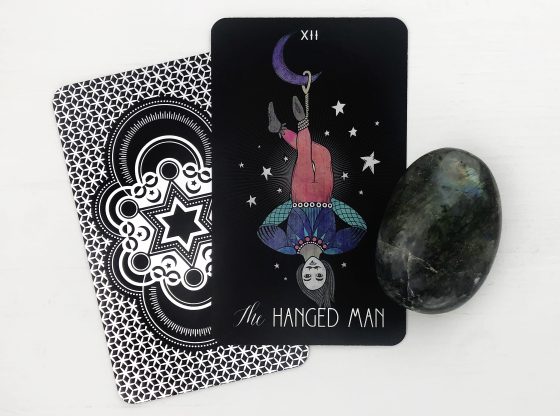 Tarot card aficionados who take a traditional approach to the cards will likely tell you that when a card appears upside-down in a reading, the meaning of the card is “reversed.” In the most simplistic of terms, when reversed, a “good” card becomes a “bad,” while a “negative” card is now seen as “positive.”

For example, should the Three of Swords turn up in your next reading, depending on its location, it might indicate despair, emotional pain, and cruelty in your future. Reversed, however, it might be taken to mean that the days ahead will bring emotional healing and an end to your suffering. The Three of Cups, in an upright position, augurs celebrations, new friendships, and beneficial alliances, but when reversed, can warn of folly, deceit, and the inability to disassociate from peer pressure and the unrealistic expectations of others.

Of course, some nontraditional readers, who rely less on structure and more on intuition, do not bother with reversed meanings, choosing instead to adopt a definition for each card that is wholly dependent on the messages the card reveals, regardless of its orientation. As I’ve said before, at the end of the day, there is no single “right” or “wrong” way to read the tarot. Whatever method you feel most comfortable with is the right way for you.

Those who choose to incorporate reversed cards into their readings don’t necessarily believe the definition of a card has the polar opposite meaning when upside-down. A reversed card must be interpreted in the larger context of its location in a reading, and its relationship to the other cards that form the reading as a whole. Instead of functioning as a complete opposite, they often serve as red flags to situations in which your current course of action may lead to unexpected or undesirable consequences. For instance, after years in the same career, 43-year-old Jane was looking to transition into another field, and had just made a strategic contact at a company where she’d been hoping to land a job via a social networking event for women over 40.

When Jane learned her dream employer had an opening she thought she’d be perfect for, she applied for the position immediately. Ecstatic over having what she considered a “professional in,” she could almost see herself in the office of the hiring manager, shaking hands and being asked, “When can you start?”

While following up is considered proper job search etiquette, every few days, Jane would pop off an email to her new acquaintance highlighting her sincerity and enthusiasm for becoming part of the company workforce. She was thinking it would just be a matter of time before the company would make her an offer, but when Jane sat down for a reading to check on the progress of her job hunt, the cards painted an entirely different picture.

The card that represented Jane’s actions in the current situation was The Emperor, reversed. Rather than being perceived as “professionally persistent,” her ongoing stream of communications was coming off as overbearing and slightly desperate. Jane’s new acquaintance was beginning to doubt the wisdom of having sung her praises so highly to the hiring manager. What if Jane turned out to be the co-worker from hell?

Had Jane remained on her current course, a reversed Six of Wands indicated defeat rather than victory. The reading (using a Cross & Triangle spread) suggested that Jane might realize a more positive outcome by using patience and contemplation, as symbolized by the Four of Swords, rather than a more aggressive course of action. As hard as it was for her, Jane pulled back, determined to wait for the human resources manager to reach out to her; by the time the call came, Jane had learned a valuable lesson. At the interview, her demeanor was professional and upbeat, rather than over the top, and the impression she made was a promising one.

Some tarot enthusiasts take reversed cards to heart, while others do not, but no matter which end is up, a trusted KEEN advisor can help decipher the deeper messages your tarot reading reveals.

Keen Editorial Staff
Keen's Editorial Staff is made up of world-class writers, astrologers, psychics, and advisors with diverse experience and spiritual sensitivity.
What You Can Expect From a Tarot Card Reading—And What You Can’t
The Fourfold Vision Tarot Spread: View Your Question Through Multiple Lenses and See What Comes Into Focus