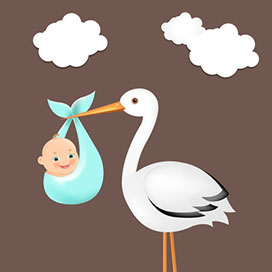 Astrologers can use a person’s exact birth time, date and place to draw an astrological chart, or horoscope, called a birth chart. This birth chart — also known as a natal birth chart or natal chart — shows the exact positions and angles of the planets at the moment the person was born. This is a valuable tool for astrologers to use in discovering a person’s personality traits through exploring their Sun sign along with the signs and houses of all the planets in their chart.

When people talk about their “sign,” they are referring to their Sun Sign, or Star Sign — one of the twelve signs of the Zodiac, from Aries through Pisces. Astrologers plot these signs as a continuum along a chart wheel, with each sign flowing into the next. In order, the signs are Aries, Taurus, Gemini, Cancer, Leo, Virgo, Libra, Scorpio, Sagittarius, Capricorn, Aquarius and Pisces. In astrological terms, the planets pass through the twelve Zodiac signs, one by one, and are influenced by each in turn. Thus, the particular sign that a certain planet is in when an individual is born — such as Mercury in Gemini — reveals a great deal about that person’s personality. Astrologers get even more technical than this about planets in signs, calculating the exact position of the planet down to the degree in someone’s birth chart. For example, Mercury might be at one degree of Gemini, meaning that planet had just entered the sign of Gemini at the time of that individual’s birth. Planets can fall anywhere from one to 29 degrees of a given sign.

The twelve Zodiac signs don’t just influence a person at the time of their birth. Due to the constant movement of the planets through all twelve of the signs, and the planets’ influence on human life here on Earth, the signs influence us throughout our lives.

Although the Sun, the Moon and now Pluto may not be commonly referred to as planets outside of astrology, these are included along with the other seven planets, from Mercury through Neptune, when astrologers refer to the planets in a birth chart. Astrologers view the ten planets in two categories: The Sun, Moon, Mercury, Venus and Mars are referred to as personal planets, while Jupiter, Saturn, Uranus, Neptune and Pluto are referred to as outer planets. The personal planets, being closer to Earth, have a stronger, more direct effect on an individual’s personality and character. The outer planets, on the other hand, being farther away in our Solar System, have more of a broad, generational influence, showing up as trends in entire groups of people born within a certain period of time.

Whether personal or outer, each of these ten planets represents a particular facet of an individual’s personality. The Sun reveals a person’s core personality — their central energy and outlook. The Moon represents the emotional and experiential side of life, including how we relate to the world and process memory. Mercury is connected to communication and self-expression, while Venus is all about love, pleasure and values, including our relationships with money. Mars is connected to energy, action, willpower and desire.

As for the outer planets, Jupiter represents philosophical ideas, expansiveness and personal growth. Saturn is the planet of responsibility and restriction — those rules, obligations and limitations that circumscribe our lives. Uranus is about unexpected breakthroughs and the progress of consciousness, while Neptune is the planet of imagination, ideals and illusion. Finally, Pluto represents deep, groundbreaking transformation — the kind that can be difficult to experience, but which is essential to personal and psychological evolution.

Finally, just as each of the planets passes through each of the twelve signs of the Zodiac, the planets also travel at the same time through the twelve houses. The houses are the divisions, like twelve pieces of pie making up the chart wheel, that describe a certain energy or tone influencing any planets that happen to fall within that house in a birth chart. When studying a birth chart, astrologers use the houses as lenses that provide even more shades of nuance to the picture revealed by the chart as a whole.

Putting it All Together

The signs, planets and houses together create a complex body of information that can seem overwhelming to someone just beginning to explore all that a birth chart can reveal. But each of these pieces of information is a valuable component of the overall picture that a birth chart creates. Together, all of these components reveal a strikingly rich picture of an individual’s nature, temperament and psyche.