This Is Your True Birthstone, According to Astrology

Home /Astrology/This Is Your True Birthstone, According to Astrology 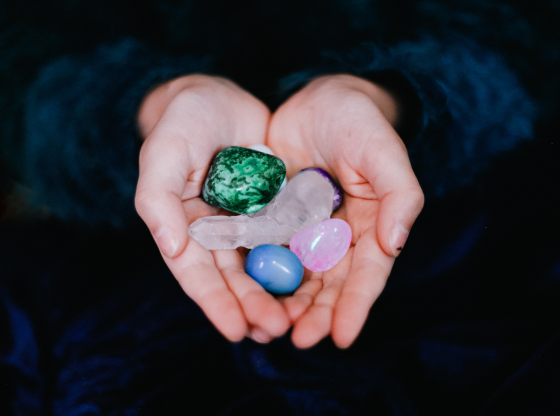 Have you ever walked into a jewelry store looking to purchase horoscope gems based on the signs of zodiac dates, only to be completely confused because the stones look different from what you had thought they were all along? Well, your mind wasn’t playing tricks on you. Birthstones have evolved over time for historical, commercial, and spiritual reasons—to include those associated with your astrological sign. Let’s take a look at how birthstones have been classified over the years as each phase brings something a little bit different to the table.

History of Birthstones by Zodiac

Birthstones were originally associated with the Julian calendar Introduced by the Romans under the power of Julius Caesar) back in 46 BC. There were still 365 days, with the exception of every fourth year where there were 366. At this point in time, each month was aligned with a corresponding zodiac sign.

There was also a strong association with birthstones and the bible. Josephus—a Jewish historian from the first century—concluded that there must be a correlation between the 12 stones in Aaron’s breastplate (symbolic of the tribes of Israel) and the 12 signs of the zodiac as associated with each month of the year. By the ninth century, birthstones were being associated with a particular apostle.

But by the late 16th century, the Gregorian calendar (named after Pope Gregory XIII) succeeded the Julian version, but it had to correct the inaccurate measurements due to the leap years that took place over a 1700 year span. This resulted in the removal of 10 days from the Julian calendar. A few years later, Europe followed suit, but Russia didn’t remove 13 days until 1922. As you can imagine, these alterations meant that the original alignment of gemstones and zodiac signs from the ancient calendars were no longer harmoniously in line with the contemporary versions we still use around the world today.

Eastern interpretations of birthstones are not connected to the Romans or the bible. Rather, the “Mythical Birthstone List” has Tibetan roots going back over one thousand years. There’s also an Ayurvedic Birthstone list that traces back to approximately 1500 BC.

It becomes debatable as to when sporting birthstones became in vogue. Polish tradition tells us the custom began in the eighteenth century, whereas the Gemological Institute of America claims it commenced in Germany in the 1560s. Modern accounts of birthstones have absolutely nothing to do with the aforementioned history, hence the reason why you may have seen conflicting stones associated with your birth month. The American National Association of Jewellers created a list back in 1912 and it’s still used today. The reason for this movement was to make birthstones more widely acceptable to those who didn’t share the religious and/or spiritual beliefs from days gone by. In short, these are more neutral stones that solely focus on the month you were born.

Birthday month stones created by the American National Association of Jewellers is associated with your birth month, not astrological sign. The following is a list of the most conventional zodiac stones. Keep in mind that you may discover that there are additional birthday month zodiac signs through a birthstone chart with date—some of which are even shared with other signs. The most important thing is that you’re choosing a stone that you have a strong connection with.

Being an air sign, an Aquarius needs perpetual exterior stimulation to match its attentive mindset. Since Aquarians can become complacent when not engaged in activities that aren’t interesting or mentally challenging enough, the Amethyst has a stabilizing effect for both overcharged or aloof tendencies. The popular song “The Age of Aquarius,” encouraged the belief that love, light, and humanity could change the world. On a more day-to-day note,  business and personal relationships can prosper when Aquarians sport this stunning purple stone.

Touted as a superb purifier, the aquamarine has incredible balancing qualities from a physical, emotional, and mental standpoint. This is great for Pisceans who tend to be overly sensitive and/or have communication issues. Aquamarine is also believed to diminish anxiety and boost self-confidence and feelings of happiness. For Pisceans who feel they have some form of psychic ability, this birthstone is believed to enhance clairvoyant abilities and increase acumen when worn.

Optimistic and ambitious, the diamond helps bring clarity to any personal or professional endeavor the hardheaded ram is seeking. Like the diamond, Aries have a sparkling personality, though they can sometimes come across as aggressive or moody. It’s believed that diamonds increase positive energy, which can aid in copious areas of one’s life when worn. While we’re not making any medical claims, the diamond is considered a healing stone for aries, specifically ailments of the brain and complications associated with the pituitary gland.

The emerald serves as a good luck charm for Taureans, thus bolstering their physical, mental, emotional, and spiritual being. The bull represents love and knowledge, which makes the emerald the perfect birthstone because it helps support both areas. Emeralds also have the power to encourage generosity and selflessness, so when worn, Taureans can have feelings of gratitude and abundance.

Regarded as one of the most sacred gems, ancient civilizations concluded that the pearl was the perfect birthstone for Gemini because it epitomizes the duality of the sign—pearls personify life and death, joy and sorrow, sickness and health. When a Gemini sports the pearl, it enhances their best qualities and relationships while helping them lead a more balanced life. Pearls—for any astrological sign—have been known to help or cure diseases (again, not making any claims) of the heart, stomach, spleen, and intestines.

Since Cancerians have a tendency to be moody and easily offended, the ruby helps them feel more stable, secure, and comfortable within their own skin despite the hard shell that covers them. The fiery summer stone also helps motivate a Cancer to be a do-gooder by increasing their cerebral and analytical capacity. When it comes to time between the sheets, rubies provide a boost of sexual energy.

The peridot stone has been used throughout history as a source of protection against dark and evil entities. Legend has it that Cleopatra lost her peridot amulet (the stone was one of her favorites) while returning from a long journey. When she arrived home, she discovered she was betrayed by her lover, Mark Antony. For lions, the peridot also serves as a protector against negative energy while enhancing areas of happiness, love, and prosperity. Sporting a peridot is an easy way to gain an energy boost that’s coupled with feelings of optimism.

Librans are natural born people-pleasers, so they have a hard time saying “no.” Wearing the opal can help them keep the balance they covet so that personal interests aren’t sacrificed. Unlike what you may have heard, opals are known to bring luck to the wearer. Since Librans have problems making decisions, the opal can help them feel more confident about their choices so that they can lead a more fulfilling life. Opals are also believed to help alleviate discomfort associated with eye-related issues and digestive problems while being an overall healer.

Scorpions can have problems maintaining relationships when the lines between loyalty issues and superficial disagreements get crossed. Wearing a Topaz (the more orange the better) helps provide clarity. Sometimes overly emotional and sensitive, this stone can help this sign feel more balanced and calm. It also enhances the natural qualities that are associated with Scorpions, to include intense focus, creativity, and intelligence.

A spiritual mind is the Zenith for the sign of Sagittarius and turquoise has the power to lift such a spirit to the next level. When worn, the stone is known for providing mental clarity and spiritual judgment, which helps those under this sign who like to take risks and explore the unknown. Turquoise also symbolizes friendship and encourages romantic, heartfelt relationships. This purifying stone helps protect against negative energy, but also outdoor stressors such as pollution. It has copious healing properties, to include enhancing the immune system, detoxification, cramp and pain relief, lung purification, relieving stomach distress, tissue regeneration, warding off viral infections, and the healing of eye disorders such as cataracts.

Sometimes perceived as standoffish and cold, the garnet helps sturdy mountain goats to be more approachable, genuine, and faithful in both their personal and professional relationships by allowing them to gain deeper insight. It protects against depression and corrupt thoughts yet it also stimulates one’s sex drive in a positive manner. It’s important to note that the strength of the stone is stagnant until it’s polished, so get out that cloth and cleaner.

While there are many different belief systems when it comes to birthstones, don’t lose sight of the fact that their purpose is to aid you through good times and bad, support your best qualities while helping negate the negative ones, and protect you from negative energy and spirits, so make sure you choose the stone that you have the most connection with. The fact that you’re already on this website is a good indicator that you’re looking for guidance, so don’t hesitate to reach out to a psychic advisor for a reading to help you get on the correct path.

Keen Editorial Staff
Keen's Editorial Staff is made up of world-class writers, astrologers, psychics, and advisors with diverse experience and spiritual sensitivity.
Pat58 on CBS San Francisco
Dreams About Falling & What They Mean