Signs of the air element who seek to mingle with the earth element often have a struggle ahead of them and Libra men with Capricorn women are no exception. Predictably independent, it will take a strong love to encourage the Capricorn woman into breaking her beloved routines. The Libra man believes in balance for balance’s sake, but the Capricorn woman walks her own path. When everything is going smoothly, the relationship can feel like a honeymoon, but Capricorn’s unforgiving nature means every fight is held against them. Nevertheless, the main barrier to their success and compatibility will often be the lack of assertive communication by the Libra man, and this can be remedied with concerted effort. With a little work and the sea-goat redirecting some of her abundant self-discipline into how she deals with Libra, long-lasting bliss is certainly a possibility for the couple.

Libra men are social butterflies of the highest caliber and have charming, bubbly personalities that suck in all who appreciate them. He lives his life in balance, always ensuring that hard work is followed by fun and games. The one thing he absolutely cannot tolerate is being alone. Loneliness is his greatest fear and he would much rather suffer with a poor partner than have none at all. He will avoid every confrontation he can, and seek out individuals who are prone to doing the same just to reduce his chances of having to fight for them. Like the beginnings of a superhero, it is often only experiences of great injustice that will drive him to speak up. Even then, he has the tendency to bury his complaints if it will put his relationship at risk. He is extremely diplomatic and open to working out and making compromises for just about anything.

Capricorn women are the exact opposite – opinionated loners who love a good challenge. She can be quite rigid and demanding, only accepting things her way and dismissing those who fail to fall into line. While Libras tend to run away from confrontation, Capricorns run towards it. She exercises excellent self-control and is very good at steering herself away from any vices. She is very traditional and rather resistant to change, especially if it means veering away from popular routines. For all her faults, she is as reliable as you’d expect of anyone from the earth element. The confident and decisive nature of the Capricorn woman is surprisingly a bonus to a Libra man, as he frequently struggles with decision making. She can struggle to express herself emotionally, coming off as cold to her friends and partners. However, she is ultimately devoted and loving and will prove it through deeds more than emotional expression.

Get a personal astrology reading on Keen to learn more.

Libra men find and amass friends with ease thanks to an easygoing and magnetizing personality. Surrounded by friendly people new and old, he is truly in his element. His optimism is inspiring, and he plays a supportive role to all his friends, making sure each one feels individually valued. While you’re unlikely to find him at loud, boisterous parties, you can always count on him to be out and about. Unless his partner is smothering him in attention for the night, he is almost always surrounded by friends. Capricorn women are far more introverted and are more than happy to do their relaxing at home. The sea-goat looks for friends who support her values already as she has no interest in convincing people to her side. It is a long road to gain a spot on her best friend list, but once that bond is forged, it is nigh unbreakable. Her independence means she seeks the same in others and absolutely loathes the clingy behavior that Libra is unfortunately known for.

In intimate relationships, Capricorns lead the way regardless of gender. The sea-goat’s sex drive is rarely outmatched, and it is the one part of the relationship she will rarely compromise on. For a sign known for being emotionally distant, sexual intimacy seems to be her outlet for passion and emotional bonding. Libra men are hopeless romantics, wanting to be wooed properly and often desiring a far softer hand than a Capricorn woman is willing to provide. Libra will need to communicate his expectations from a relationship clearly and often if there is any hope for acceptable balance as Capricorns are prone to letting career ambitions consume any free time they have. For her part, the Capricorn woman needs to realize traditions are guidelines, not hard set rules and life is about fun and surrendering control sometimes. The moment the Libra man can get past his conflict avoidance and confidently communicate his needs, the chances of a happy, healthy relationship grow immensely.

Libra men bring fantastic work ethic and a helping hand to any workplace. While they have no desire to be in charge, they tackle any work assigned to them efficiently. He functions best in a team and will make sure his fellow team members avoid slacking off, and everyone contributes their fair share. A work-life balance remains important to him, so he will not allow himself to be worked to death all for the sake of ambition.  Capricorn women, on the other hand, take career ambition extremely seriously. Their intense focus on self-discipline and responsibility makes them exceptional leaders and supervisors.

Her critical nature won’t win her many friends on the job, but with regards to organization and task completion, she has few rivals. Together, they are unlikely to have conflicts simply because finishing what is assigned is more important than partaking in drama.

The risky pairing between a Libra man and Capricorn woman is testy, but not all doom and gloom. Libra’s clinginess can easily be refocused on friends and prevent Capricorn from fleeing at first sight. Effective communication will decide whether their relationship survives conflict and the test of time. Fortunately, both signs are relatively easy to please and do not have expectations that are hard to match. The Libra man may not find the romantically inclined woman of his dreams in a Capricorn, but her confident and self-sufficient nature will do him a world of good. Neither sign is a stranger to hard work and the just rewards that come after; thus, this relationship may be a great idea after all.

Talk to a love and relationship psychic for additional insights about the compatibility of Capricorn women and Libra men.

8 Questions to Ask An…

Everything You Need To Know…

How Much is an Astrology… 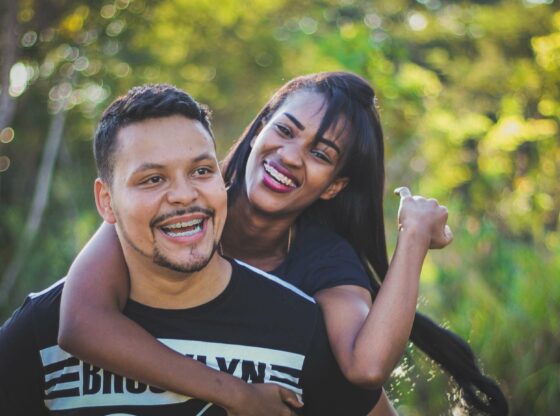