March 2019 Astrology: A Change of Perspective 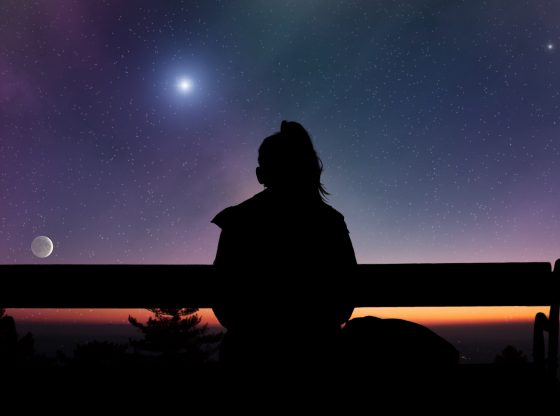 Uranus, the planet of radical and swift change, enters Taurus on March 6 in the early morning, where it will remain for the next 7 years or until April 2026. Uranus was last in Taurus June 1934-May 1942. It has been 77 years since Uranus last transited through this sign. The ruling planet of Taurus is Venus, which concerns love, beauty, young women, money and values and it is here we will see many changes occur.

Money, possessions and finances. Shifts may occur, either positive or negative, in personal finances and possessions. This is a good time to look at your own personal finances, as well as what you can do to save, invest or work on improving over the next few years. We will also see global financial changes.

Personal values and social lives. Expect changes in your social life and personal values. Solid friendships will withstand any momentary crisis. Our personal and collective values and what we hold dear will change over this time.

Love, relationships and marriage.  There will be a surge over the next seven years of both marriage and divorce. The ‘style’ of some relationships may change.

Nature. Taurus rules the earth and is the most earthquake prone signs. Weather conditions can change and we will see changes in the earth, environmental protection laws and food production.

Government. Uranus rules revolutions and coups, as it is the planet of explosive change, especially when in hard aspect with Saturn as it will be after 2020.

Those with fixed planets in their charts will experience major change at some point over the next 7 years with Uranus in this sign.

Taurus – As Uranus conjuncts your Sun, expect personal change and opportunities to express yourself in new and unusual ways. These changes can include appearance, friendships and relationships, a departure from established routines and the potential of leadership in your career. You could be on the cutting edge of something and new ideas may rapidly surface.

Scorpio – Uranus will oppose your Sun (or any planet in Scorpio), and this can interfere with relationships or partnerships that may have seemed stable. There can be an unwillingness to remain in relationships that are too restrictive, but Uranus only removes that which has outlived its purpose. There can be conflict over joint finances and loss in financial speculation.

Leo – Uranus will create a square to Leo and this can bring change of career, friendships, children, jobs and priorities. There can be a desire for personal freedom, and Uranus can shake up ideas, goals and objectives.

Aquarius – As Uranus creates a square from the 4th house this can create change among families and your basic foundation. You could move or change homes, relationships or jobs.

The first retrograde of 2019 occurs at 29 degrees of Pisces on March 5.

Retrograde Mercury causes delays, glitches, breakdowns in computers, equipment and relationships. Plans and projects can be put on hold, miscommunication can occur, relationships can end or change, and cars, computers and other machinery can break down at the most inopportune moment.

When Mercury turns retrograde, it is not the time to start new projects or jobs if you can help it, get married, engaged or buy high ticket items. Mercury retrograde is like a wild card and it is a time to re-access, re-organize or re-work current plans.

The most significant transit Mercury will make is to conjunct Neptune. This can create confusion, lack of clarity and, in the worst-case scenario, lies or deception. The best possibility for this transit can spark highly active intuition or creativity. Previously unknown information can be revealed.

Venus enters Aquarius March 1-27, and love energy will become more playful, adventurous and quirky. Venus in Aquarius is open minded and future oriented. People may seem more aloof and there will be a more adventuresome spirit.

Venus in Aquarius does not like to be bored, and those born under this Venus are admired for their future minded visions, uniqueness and intellect. This Venus likes independence, freedom and unconventionality. It’s important to establish a basis for friendship first, although the line is often blurred between friendship and romance.

Aquarius is not as attached to its emotions as some other signs, and they often rely on the head before the heart. For those who find Aquarius too standoffish and not passionate enough, Venus entered Pisces on February 26, where it will remain for the next 26 days. Venus is Pisces is a softer, more romantic and more sensitive sign.

Mars is the other planet that affects our love life, and it rules men and sex. Mars is in Taurus until March 30, and the planet ruling Taurus is Venus. Mars in this sign is slow, sensual and craves stability. It will clash with Venus on March 21. Be aware, conflicts between men and women can occur at this time.

The New and Full Moon

The new moon falls at 16 degrees of Pisces on March 6 and it will conjunct the Sun and Neptune. This can seem like a mystical, magical day, or one full of confusion and lack of clarity. Make sure all communications are clear. At best, this can be a spiritual or creative time, and dreams may be vivid. You could be wrapping something up, but delays could occur as Mercury retrogrades the day before.

March 20, the full moon falls at 0 degrees of Libra, and this will be all about relationships!

Venus sextiles Jupiter and this creates a pleasant atmosphere for love and fun! At the same time, Mars is square Venus which can create conflict between the sexes! Sparks will fly one way or another. On the same day, the Sun enters Aries at 5:59 PM, EST.

Welcome spring and the spring solstice setting your intentions for the month and the season.