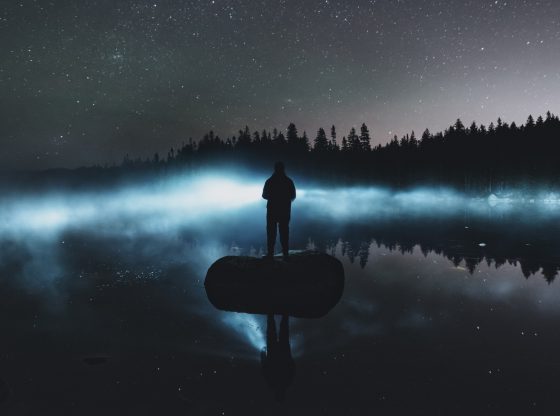 Uranus leaves Aries and enters Taurus March 6, at 3:35AM (EST) where it will remain for the next 7 years or until April 2026.

Sometimes the outer planets dip into a sign for a few months, then retrograde back into the previous sign for a while, before moving ahead full force in the next sign. This is what happened last year, and we got to dip our toes into the energies of Uranus in Taurus from May 16 to November 6, 2018.

Uranus is considered the planet of rebellion, freedom, upheaval, revolution, unexpected change and the future.  It rules lightening, aircraft/spacecraft, scientific discoveries, electricity, technology and the internet to name a few. Uranus shows us where we want to fly free and without restriction. It is the spark of intuition that prompts invention and innovation.

For better or worse, radical change occurs when Uranus changes signs. While Uranus was in Aries the past 7 years, it occupied the sign of the warrior and those promoting self-interests. Hitler came to power 80 plus years ago with Uranus in this sign, and ISIS also emerged this time.

Uranus rules the collective consciousness, as do the other outer planets such as Pluto, Saturn and Neptune. The global mindset will be affected by this shift.

Uranus is considered at its fall in Taurus. In other words, it is in a sign that it doesn’t operate well in. This does not mean we won’t feel the effects. A planet at its fall can be even more active than a planet in its home sign, because we will take more notice of the mismatched energies. Uranus is about rapid and unexpected change. Taurus is a fixed sign that resists change.

Taurus is an earth sign ruled by Venus, the planet of love, money and values. So, we can look for change in the areas of our values, finance/money, security, conservation and climate change, earth changes, farming and the food supply, relationships (love and marriage), women and the arts.

The Dramatic History of Uranus in Taurus

Taurus rules money and finance, and between 1934 and 1942 we experienced the second half of the Great Depression, where millions of Americans were left without jobs and income.

In 1935, President Roosevelt launched an aggressive series of federal programs called The Second New Deal. Among them were the TVA (Tennessee Valley Authority) that built dams and hydroelectric projects and the Works Progress Administration that employed 8.5 million people from 1935 to 1943. During the same period Congress passed the Social Security Act. Isn’t it Today we are hearing about Alexandria Ocasio-Cortez’s Green New Deal, aimed at addressing climate change and economic inequality. Isn’t that interesting?

WW11 began in 1939 and the US entered the war with the attack on Pearl Harbor December 1941. The nation’s factories went back into full swing but this time they employed women whose labor in the work force increased 36% by 1943.

The ‘Dust Bowl’ occurred in the 1930’s throughout the drought stricken Southern Plains region of the United States and it created even more severe economic conditions for farm families in those regions. The Dust Bowl came about as a result of severe drought and failure of applying dryland farming methods to prevent wind erosion. This situation prolonged the great depression and changed agricultural practices. Today we are talking about global climate change.

Taurus rules the voice and radio changed the entertainment world in the 1930’s, and by 1936 60% of American households owned a radio. The first commercial broadcast in America occurred July 1941, featuring an ad for Bulova watches.

One of the worst manifestations of Uranus in this sign can be warmongering and stubborn adherence to old ideas. During the 1930’s we saw the rise of populism and dictatorships. The last cycle of Uranus in Taurus saw the rise of Hitler, Mussolini and Francisco Franco. As we enter the cycle again, we are seeing extreme right-wing candidates/leaders spinning propaganda and cyber hacking. Hopefully we can learn from the past and see that these groups cannot just be ignored.

When Uranus changes signs and enters a different sector of our personal charts, we often find the ideals we have long held no longer apply, and we have to find new ways of approaching things. Different ideas may come into the picture that perhaps we haven’t considered before, and this can become our liberation and freedom from those things and people who no longer serve a purpose.

In this respect, Uranus represents discovery and innovation, as well as liberation from the past. When Uranus removes something from our life, it was often dragging us down more than lifting us up. Either way, change is imminent, and we must move forward in an often untried/unknown direction.

As Uranus changes signs, we need to be flexible and adaptable. Most of all, we need to remember Uranus rules the future, and the future is meeting up with the present. Change is inevitable on some level with this shift for everyone. All of those born during the next 7 years will have Uranus in Taurus in their personal natal charts, and it will color and influence the next generation.

Uranus will affect us all in different ways, but Taurus is somewhere in every chart. Here is a quick look at how the signs will be affected. If you know your rising sign, read for that!

Taurus – its personal, many areas of life

Gemini – the subconscious and spiritual world

Keen Editorial Staff
Keen's Editorial Staff is made up of world-class writers, astrologers, psychics, and advisors with diverse experience and spiritual sensitivity.
March 2019 Astrology: A Change of Perspective
How to Let Go of Someone