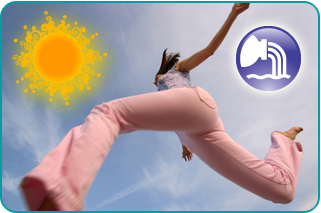 The Sun’s journey through the zodiac is consistent enough to devote just over four weeks to visiting each sign, one after the other, year in and year out. The center of the solar system will be seen passing through the zodiac sign of Aquarius from the evening of January 19 through the morning of February 18 this year.

The Sun rules the human ego and its location in the heavens at the moment of our birth defines our inner makeup. Aquarius is the zodiac sign of uniting people and embracing a “live and let live” ideology that seeks a common bond among everyone. Aquarius rewards our working together without paying attention to your heritage or status. Aquarius rewards eccentricities by demanding liberty – the Sun’s visit to Aquarius is the time of year when we are in touch with our weirdest edge because this zodiac sign appreciates diversity.

While the sun is in Aquarius, you will be feeling like you have an edge to your personality. You will be pushing the envelope as well in your daily activities. Sometimes this makes you more attractive. Read your sign’s forecast below to know where you can push the limit and still be accepted and what kind of guy will be the most accepting of your coming edginess.