Sun in Cancer: The Summer Solstice 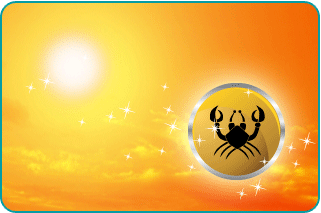 When the Sun is as far north from the equator as it gets, it crosses the Tropic of Cancer. This is an imaginary line circumnavigating the globe about 23 degrees north of the equator on the global map. The first day of zodiac Cancer is the longest day of the year in the northern hemisphere. Cancer is a zodiac sign that tends to the extremes of sentimentality and of being territorial. If being sentimental about its flag and history were not enough, the United States is pretty territorial, it has the world’s most extreme individual property rights and sure enough, the country was born when it declared its independence on July 4, 1776. But one does not have to be born under the sign of the crab to be affected by the annual visit of the Sun to this intense zodiac sign.

When the Sun is in Cancer, we are all closer to a primal state of asserting what is ours, be that an old memory of bygone days or a precisely drawn property line. Every sign is affected differently, and these differences reflect the personality types determined by each zodiac sign. The Sun crosses the Tropic of Cancer on the morning of June 21 and remains in Cancer through the afternoon of July 22, when it leaves for Leo. Cancer is a sign that cuts to the chase when it comes to love – the energy of this zodiac sign draws you to partnerships that offer the best chemistry for the month ahead. Read below to see how this zodiac activity will be affecting you during this time.