Sun in Capricorn: Get Your Resolutions Ready

Home /Astrology/Sun in Capricorn: Get Your Resolutions Ready
Astrology | 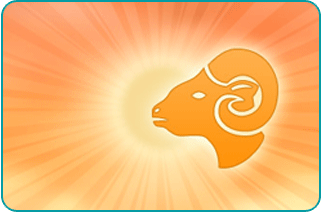 As the Sun moves through each sign of the zodiac, we are all influenced in aspects of our lives. The zodiac sign that the Sun is moving through is activated during the visit and this release of energy is absorbed differently depending on your birth sign.

Capricorn is the zodiac sign of status, position, influence and understanding the limits of your position in life. The Sun is the ruler of the human ego. The ancient festival of Saturnalia took place as the Sun moved into Capricorn. Saturnalia was a festival that celebrated social status by playing a role-changing game whereas Roman slaves became “masters for a day” at a banquet where their masters would serve them. The festival balanced this mocking of the social order with a tradition of gift-giving that confirmed the true social status of the givers and the recipients. Just a simple analysis of this reveals that the influence of Capricorn – which is ruled by the planet Saturn – could not be any more apparent even in ancient times. And just as it influenced the Roman citizenry, stop for a moment amidst the hectic holiday shopping and notice that the desire to reflect one’s social class is at the heart of almost every holiday purchase.

Beyond the holidays, Capricorn lasts three weeks into the new year, once again underscoring this zodiac sign’s tendency to rule over all things of an official nature. For twelve months, we write the numerical year established during Capricorn – that is a lasting example of how the sign of the Goat likes to see influence grow and be maintained.

The Sun’s entry into Capricorn is marked by the Winter Solstice, the point at which our glowing star is at its southernmost point in relationship to Earth’s equator. This year it occurs at 9:47 AM Pacific Time on the morning of Monday, December 21. It leaves for zodiac Aquarius on the evening of January 19, 2010. In that time look for a reaffirmation of your social status. Additionally, your need for a lover who reflects your aspirations in life comes to the front of your partnership activity. Meanwhile, Capricorn allows your true career desires to manifest in ways that inspire you to move forward – the tradition of making New Year’s resolutions is in itself an affirmation of the Capricorn energy that asserts what is possible in the current social structure.

Read below for your sign’s chances at love and success in the 32 days of the Sun’s southernmost journey.

Keen Editorial Staff
Keen's Editorial Staff is made up of world-class writers, astrologers, psychics, and advisors with diverse experience and spiritual sensitivity.
Sun in Capricorn: Climbing the Mountain
The Sun Sign Compatibility Review