The Gandhi-Hitler Axis of Relationship Ideals 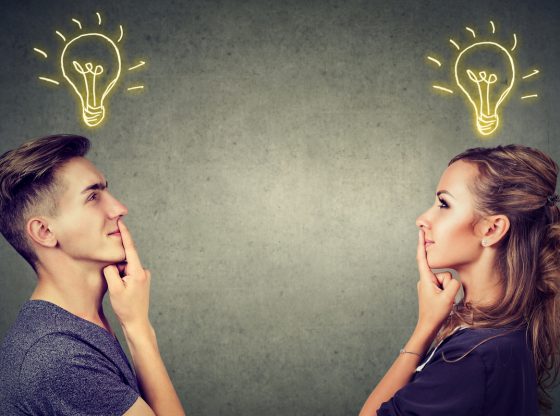 It may seem odd to read about both Mahatma Gandhi and Adolf Hitler in the same article, but they were more alike than is commonly believed:

All of these combined attributes made them virtually god-like while they were alive, and in death both will never be forgotten. So why did Hitler evolve into one of the most hated men in history while Gandhi became one of the most beloved? At the core of each man, was a different motivating idea about how the world works and how their ideals should be manifested.

Hitler thought that things should be a certain way even if force had to be used, while Gandhi thought that how an individual lived ultimately assisted in what was meant to happen. Hitler tried to re-make the world in his own image while Gandhi presented an image of how the lone individual should live up to his or her own ideals. As such, many in India tried to live up to Gandhi’s example while many in Germany committed horrific acts in order to satisfy one man.

What Does This Have to Do with Us?

When it comes to life and our ideals, we find ourselves somewhere between the two extremes of a “Gandhi-Hitler Axis” and we all struggle with it. Like Hitler, we have trouble accepting the reality of things and want to impose our will towards an imagined destiny. Pushing our agenda is built on the idea that we are in absolute control of our environment, and by extension the society that we live in. The reality is that there is much that we have no control over:

Hitler had a low threshold for frustration. The tales about his epic temper tantrums are legion. Most may or may not be completely true, but he was famous for screaming at people who dared to say no to him or that his latest idea was impossible to execute.

When it comes to relationships, we also exhibit this frustration to a greater or lesser extent. Consider how often you’ve said (or considered saying) any of the following questions:

And after not receiving the answer you want, is the biggest question of all:

“What do I have to do to make this relationship work?”

Haven’t you done enough? Haven’t you given enough? If you gave to yourself the same amount of love you’ve extended to that other person, imagine what the quality of your personal life would be like.

Gandhi was content to stay in one place for long periods of time and focus on the simple things that gave him pleasure. He spun cotton on an old-fashioned spinning wheel. He prayed. He took long walks. He read books, wrote and enjoyed playing with children.

By focusing on himself and living his beliefs, the world came to him. Dignitaries sought him out in ashrams, prison cells or wherever he retired for the night. Hundreds of people a day asked for his advice and his blessing and he never refused anyone. When asked a question, he gave an honest answer and then left it up to the questioner to accept or reject what he had to say. Gandhi never tried to control relationships and he never compromised himself to please anyone.

Gandhi was able to accept everyone, even while disagreeing with them about their beliefs. To emulate Gandhi, put the focus back on yourself and do the things that give your life meaning and pleasure. Do not compromise yourself in order to be with someone. The person you are interested in will eventually come to you or not. All you can do is live your own life and accept that you cannot control another person.

Their Deaths and Their Legacies

The deaths of Gandhi and Hitler also highlight their contrasting legacies. The outcome of living one’s ideals as opposed to trying to force them is clearly revealed:

By the time Gandhi was assassinated by a Hindu extremist, he had achieved his dream of liberating India from the yoke of British rule without resorting to a campaign of violence. Although he was in great pain, he died smiling.

One night after Hitler married his longtime girlfriend, Eva Braun, he killed her, their dog and himself. At the time of his despair, Allied forces were tearing Germany apart from the west while the Russians were doing the same thing from the east. Everything Hitler had built up was being destroyed around him.

Inside all of us there’s a little bit of both Gandhi and Hitler. In your own life you have to choose between “living your ideals” and “forcing your ideals”. Your life is meant to be a positive, beautiful experience. It is up to you to create and live that wonderful life. It is up to you to find your own way and make a positive contribution to the world. Stop chasing other people. Stop demanding that other people do what is necessary to make you happy. If you give them the chance, appropriate people will come to you on their own who are receptive to what you believe and how you live.

If you tilt towards the Hitler end of the spectrum, then you have no one to blame but yourself when all of your “controlled” relationships go wrong and you end up alone and abandoned. Give yourself the love you deserve, and you’ll be amazed by how many people will try and match your example.

Keen Editorial Staff
Keen's Editorial Staff is made up of world-class writers, astrologers, psychics, and advisors with diverse experience and spiritual sensitivity.
Is He Into You?
Love Lessons Learned