Conquer the Fear of Relationship Failure 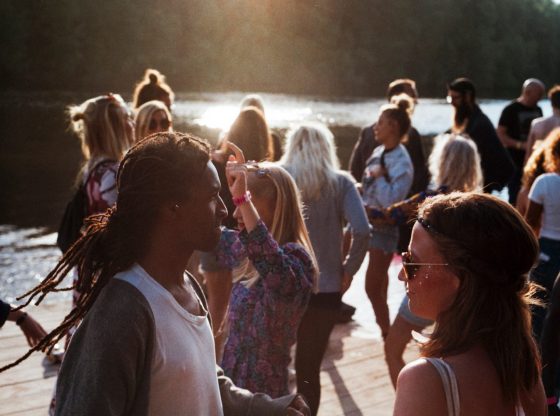 Back in the late 1800’s, while Thomas Edison was entertaining a guest, he shared that it had taken 10,000 different experiments before he perfected the invention of the light bulb. The guest responded with something like, “It’s amazing that you had to endure 9,999 failures until you got it right.” Edison snapped back, “Those weren’t failures. I just discovered 9,999 ways that light bulbs don’t work.”

So what does this have to do with us? Our perception of failure determines how we handle it. Failure isn’t a reality in the way that day and night are realities. Failure is an idea that takes on power according to how much truth we attach to it in any situation. It’s one thing to say, “I gave it a shot and it didn’t work.” It’s another thing to proclaim, “I failed.” The former sounds like a temporary setback, while the latter sounds like a permanent blot on your record.

Nowhere is the fear of failure more prevalent than in the world of relationships. You may be one of many who has said, “I invested so much time into this relationship. If I walk away now, it will mean that I failed.” Why is that your belief? The only thing you would really be walking away with is the discovery of how a relationship doesn’t work.

If Edison had stopped at experiment #245, these words would have been written by candlelight with a pencil and you’d be reading them in a newspaper before the sun went down. Instead, he plunged ahead from one experiment to another until he found the answer to his problem. You have to do the same thing with relationships. Ask yourself, “Did I try my best to make this work?” If you can honestly say that you did, then it’s no failure to walk away. There’s no shame in saying, “It didn’t work out so I made some changes and I’m ready to try again with someone new.”

Some people will begin pursuing their next partner while they’re still committed to the one that’s making them unhappy. This is not recommended for a couple of reasons. The new person may get the negative impression that you’re the sneaky “cut and run” type. He or she will assume that you’re untrustworthy, not take you seriously and may choose to take advantage of you.

Also, if the person you are still with discovers what you’re doing, you look like a cheater and that can be pretty embarrassing. There are no shortcuts in the pursuit of love. If you honestly cannot handle being single and the thought of it makes you feel worthless, then that is something you should discuss with a therapist.

The closest we come to failure is when we give up altogether and stop trying to create new solutions. Then you have to deal with your conscience as it shouts out that you let yourself down. The most important relationship is the one you have with yourself and there is no such thing as failure  just temporary setbacks.

Keen Editorial Staff
Keen's Editorial Staff is made up of world-class writers, astrologers, psychics, and advisors with diverse experience and spiritual sensitivity.
Six Tips to Keep the Commitment in Your Relationship
How to Attract Love & Romance