How to Spot a Cheater

Home /Love/How to Spot a Cheater 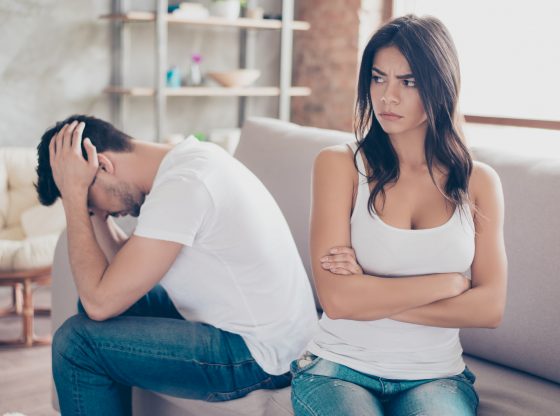 You know that feeling when something just doesn’t seem right? A suspicion nags at the back of your mind, but you keep denying it even though your mate is suddenly leaving earlier than usual, or keeps coming home late. It’s easier to be in denial than to admit that you might be a victim of betrayal, but you will eventually have to deal with the possibility.

Here are signs that your lover is cheating:

It can be easier to run from a betrayal than to deal with it. However, it is important to understand and confront the issues if you want the relationship to survive, and to preserve your own personal well-being.

A mate may get caught up in the game of cheating and the feeling of excitement that accompanies it, but there might be a more serious issue behind the infidelity. An unfaithful partner doesn’t necessarily go out and cheat on a whim. Well … sometimes that’s the case, but many times the cause has more emotional roots. So, what is this person seeking that is lacking between you two? Asking this question is not the same as excusing the betrayal or blaming the victim. However, as Dr. Phil McGraw says, “there are no victims, just volunteers.” Before you play the role of the innocent bystander, you need to look deeper into what’s really missing in the relationship.

Now, if you are the perfect mate who has given everything possible to the relationship, the factor behind your mate’s cheating could be the “challenge.”

The temptation to stray can be motivated by the challenge to conquer a desired person. Soon the challenge will be over, but the problems are just beginning. If you have discovered that your man is being untrue, you may have given him an ultimatum. If he is like most unfaithful men, he will probably stay with you (especially if you have a long-term relationship), rather than go with the other lover. Why? It’s more comfortable to stay, especially if there are children or financial reasons.

However, if your mate feels trapped by these responsibilities, you may get the feeling that he will stray again. This will only make you feel anxious and insecure. Don’t avoid the issues; seek professional help if necessary. It takes both of you to work on the relationship – one person can’t do it alone. And if your mate doesn’t stay or if you choose to end your partnership, your own emotional health depends on dealing with the betrayal and its aftermath.

Are You the “Other Woman”?

Perhaps you are on the other end of a cheating relationship and suspect that your lover is married or living with someone else. Confronting denial and dealing with the dishonesty is essential in this situation as well.

Here are signs that your lover is already in a relationship:

If you find out that you are seeing someone who is already in a committed relationship, consider what you can realistically expect. A cheater doesn’t always say what he means, or mean what he says. If your lover says, “I’m going to leave my wife,” chances are this person is lying. If your lover accuses his mate of being mean and says derogatory things about her, this is his way to keep you on his hook – don’t fall for the bait.

Don’t let cheaters have their cake and eat it too.

Keen Editorial Staff
Keen's Editorial Staff is made up of world-class writers, astrologers, psychics, and advisors with diverse experience and spiritual sensitivity.
Why Is Everyone So Worked Up About Sex?
Why Doesn’t He Call?