Why Doesn’t He Call? 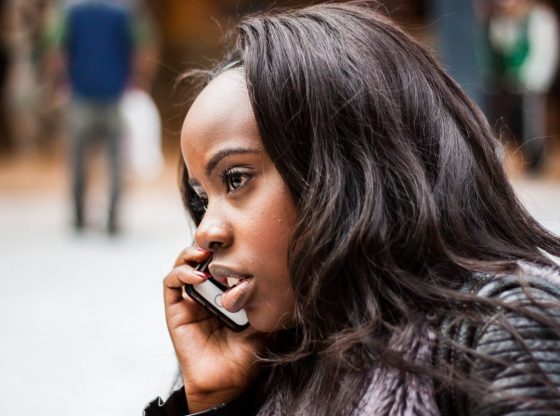 The date went great. The anticipation is there. Will he call? He seemed happy. Why hasn’t he called? Now your brain is replaying the date and the first thing you are examining is what you may have done wrong. After a bit you may get angry and start downplaying the attraction, perhaps even criticizing him.

But you still have not answered the question: why doesn’t he call? And then you can allow for a follow-up: Should you call him? You might begin wishing that you had never played the dating game to begin with, but despondency only makes for a rotten day. You can confront the issue head-on and either address it or move on. Actions, rather than wallowing in self-pity, are the key.

Does It Matter if He Calls?

How much of your angst over not hearing from him is based in your ego? You might have been looking great and your flirtations may have been inspiring, but if he is not interested and has moved on, is it so bad to not hear from him? We live in informal times; people just don’t dump a bad first date with a follow up call. There may be a little bit of vanity in assuming he will call and if that has slipped over into a case of narcissism; anger, resentment and eventually self-loathing may result. Avoid the spiral by accepting that you deserve someone who is interested in you and get back on the dating scene to try, try again.

Forget about what he said he would do and review his actions. Did he perhaps signal that he would not be calling despite saying he would? Did you give any cues that he was “off the hook” despite polite agreements to speak in a day or two? You may not realize it, but many casual moments and interactions during a date have a deep impact. You might have brought up a topic of where you want to be in a few years and he mentioned locations that you did not respond well to. Your date could have interpreted that as a cue that you saw no future relationship. He may have mentioned a band he likes and did not get a positive response from you. If he loved that band, a lack of passion or interest in it on your part could have been a deal breaker.

There are also big topics that are not necessarily areas to explore on a first date. Maybe you expressed an interest in finding commitment and having kids or just the opposite. If he has another agenda, then you are unlikely to hear from him. A difference in religion can be insurmountable, and even the most casual dating conversation can spotlight your deeper values that he may or may not share. Deal breakers abound in even the most superficial conversations.

He might want to call you, but is insecure as you could have sent him signals to back off despite what you might have intended or said. Even a polite cue to continue things could be misinterpreted when a man is insecure about what to do. The bottom line to dating, though, is that you should be getting the man with the best attributes. While you can tolerate some things that eventually may be addressed in a shared future, insecurities that cut off communication are ones that he will have to work out without you.

There are lots of legitimate and not so legitimate reasons that he did not call you. Here are a few:

Should You Call Him?

If a week has gone by and you still feel like something good could transpire between you two, yes, go ahead and call him. But understand you may be walking into rejection. If you leave a message and he does not call back, most definitely it is time to move on. BE respectful and do not call back a few times; he got your message and would have been in touch if he were interested. Even if you do get a hold of him and he agrees to go on another date, it could very well end up right back to no calls after you get together. You want a man who is truly interested in being with you and takes charge in the simple matters, so be sure that you are not setting up a relationship to fail.

Keen Editorial Staff
Keen's Editorial Staff is made up of world-class writers, astrologers, psychics, and advisors with diverse experience and spiritual sensitivity.
How to Spot a Cheater
What to Do if You Think He’s Cheating