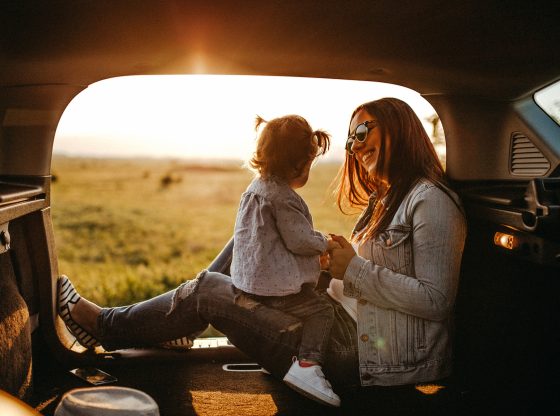 As psychics, we know that there are times of the year when we see an increase in certain types of calls. Around this time of year, as spring fills the air with rebirth, televisions are flooded with commercials celebrating motherhood and the bond that is formed between mothers and their children. As Mother’s Day approaches, it is a time for people to remember the woman who gave them life and to honor her gift. But for people who have strained relationships with their mothers, or nonexistent relationships, this can be a time of grief and sorrow.

That was the kind of call I got from Donna, who was in her late 30s and didn’t current have a relationship with her mother. It has always been strained, she told me. They never trusted each other and with good reason. As a teenager, Donna had stolen from her mother’s purse, sometimes snuck a sip from her hidden bottles, and snuck out at night. Her mom would read her diary, pry into her secrets, and she was always so ready to jump down Donna’s throat, taking the slightest scoff as an excuse to light into lengthy recriminations.

As Donna explained it, she didn’t know what led to what. Was she a sneak because her mom just naturally assumed she was, and so she took the role? Or did her mom think that way because there was something inherently sneaky about Donna? Or did they feed into each other, these mutual tensions, this spiral of sadness? Whatever the case, the relationship continued to be strained and, when Donna turned 18, it finally broke. There was no final roar, no big blowout fight; it was just that they didn’t speak for a while, and then for a longer while, and then years started to slip by. For a while, it was liberating. But now Donna’s heart broke at the thought of wasted years.

That’s why she called me. She wanted to know if it was possible to reform a relationship that was stuffed with time-dried kindling and tinder. She was worried it was dangerous, that her mom would just reject her again. And, she was worried that any relationship they formed would be as strained and painful as it was before. Donna questioned whether she needed that in her life.

During our session, we dug deep into Donna and her mother’s pasts. Having this understanding was the first step to fixing the relationship in the future.

How Spiritual Wisdom Helped Donna Understand Her Relationship With Her Mother

We talked about her mother, and I told her that I thought she might have been looking at it strictly from the perspective of a child. I sensed a deep pain in her mother and wanted to explore more about who she was. The mother was young when she had Donna, only 22. It was during a time when women were first really finding their freedom after being stifled for decades, but her mom didn’t have this freedom because she had the responsibility of raising a child. Donna was beginning to realize there were parts of her mother’s life that she didn’t understand.

After all, not everyone is ready to be a mother. For Donna’s mom, it created a mixture of love and resentment. Donna could see that her mother tried to be strict, to be what she thought a good mom could be, and that led her to be overly cautious and overly paranoid. It made it easy for Donna to fall into the role of the disobedient daughter because she felt that was what was already expected of her. We worked together to come to the realization that both sides had played a part in this and that they fed off each other until they hardened, and there was nothing left but the masks they wore.

I sensed from Donna that she felt the person she was back then — a little pick-thief and rule-breaker — is not who she is now. She realized that she never was that person: She was just playing a part. She felt that was long in the past. And so, I asked her: Don’t you think the same could be true of your mother?

Donna admitted she had never thought about that. She saw her mom as this monolithic figure, all snarling impositions. But that’s what psychic and spiritual advice can do. It can help create a new kind of empathy. Just as your spiritual advisor can see you, they can help you see another person. It’s why we work to help reconcile estranged family members because our clients no longer see their relative as an obstacle, but as a human being.

Of course, this alone didn’t mean that Donna and her mom were going to suddenly get along, and the past would be buried and forgotten. It takes work. I advised Donna to have realistic expectations and to know that the road would be filled with curves and potholes. But I also told her that if they agreed to drop the masks, to see each other for who they really were and not through broken and smudged mirrors of perception, they would have a chance. That road didn’t have to end, so long as they agreed to sometimes walk in the other person’s shoes.

Having a bad relationship with your mother can be more wrenching than any lost love or broken friendship. But it can possibly also be repaired, with determination, patience, and the kind of self-knowledge and empathy that comes with spiritual and psychic advice. Call an advisor on Keen today to help start your new journey back.

Keen Editorial Staff
Keen's Editorial Staff is made up of world-class writers, astrologers, psychics, and advisors with diverse experience and spiritual sensitivity.
Starting a Business: The Tarot Helps Overcome the Fear of Failure
Astrological Events Bring New Opportunities for Love This Spring