Never Force Anyone to Talk To You. Period.

Home /Love/Never Force Anyone to Talk To You. Period. 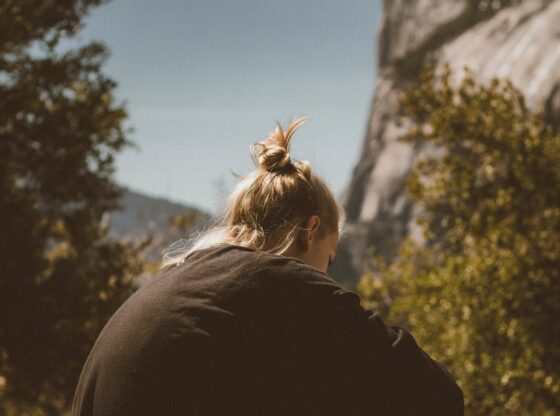 At one point or another, we have each experienced a situation in which we are demanding communication from someone else or vice versa. This often happens when the person ghosts us I am not returning emails, texts, or phone calls. Yes, it can be hurtful to be put on the back burner and ignored. But, it isn’t the end all be all of our lives. And, understanding that people have the right to not respond or take their time in communicating, it’s something that we all have to learn. There have been plenty of times were people have not responded to me or played games and how they communicate, but I don’t confront them because you’re never going to get the response that you want. Now, it’s important to understand that the main reason we all want communication fast is because we live in an information based society in which we all have access to electronic devices that guarantee a fast response. But, that isn’t necessarily healthy. We don’t have to feel personally gratified or happy with the person we like responding to our text message and replies to our emails. That isn’t a real form of connecting. One on one communication in real life is the only way to have an effective way of aligning with others and getting to know them. Through the rise of the Internet, we have based too much importance on this aspect of life and in the long run it’s not important. The truth is that if someone wants to talk to you, they will. If they want to take their time, then you have to let them. Forceful communication can be considered a form of harassment, as you are basically pressuring someone and making them feel awkward by pushing them out of their comfort zone. It’s not ok or nice to do.

What forcing someone to talk to you is?

Technically, forcing someone to communicate with you is a form of a piece. In order to start the cycle, it’s important to give them the space and tools to navigate their own feelings and to decide how they want you to move forward. By forcing someone to communicate, you are basically perpetuating the cycle of abuse. This can be really harmful to do to children or teenagers, especially since their minds are very soft and impressionable at that age. They can copy these behaviorisms in their adult life and be abusive to others. One of the main reasons why people force others to talk to them is because they are narcissistic and ego maniacs. They require attention. It’s more about their needs than others.

Why shouldn’t you do it?

One of the main ingredients in a relationship is compromise. If you were forcing someone to communicate with you who does not want to, then you were bending their will and becoming a dominant force in that partnership. It isn’t healthy to be the one in control pulling all of the strings and dictating what someone should or should not do. Think of it like this, we all have free will. Now, what happens if someone takes a choice away from you and tells you what you should say to them and how you should say it. That is not authentic, real, and it is extremely manipulative. You are basically bending someone’s will to accommodate your own needs, by asserting your own feelings and whims by making them feel as though they did something wrong, when they didn’t.

What a better way to behave instead looks like?

Nowadays, it is pretty hard to get someone to talk to you or make them. But, on the off chance that it’s you, the best way to handle the situation is to send an honest text or email explaining that you would like to understand how you can improve the relationship. Keep in mind that all partnerships require a give-and-take, which is important to help it grow. If you were only looking at the relationship from one side, then there will be a lot of resentment and frustration that occurs as a result. Always come from a place in which you were trying to evolve and gain clarity. That way people will be more apt to have a discussion with you when they are ready. Just don’t force it to happen and wait for them.

Lisa Stardust
Lisa Stardust has been a professional astrologer for well over a decade and has written for Vogue, Teen Vogue, the Hoodwitch, Oprah Daily, Refinery29, InStyle magazine, Brit + Co, Girlboss, The Today Show, Cosmopolitan and many more.
What Does It Mean When You Dream About Your Crush?
Capricorn and Aquarius Compatibility