The Parable of the Bitter Tea 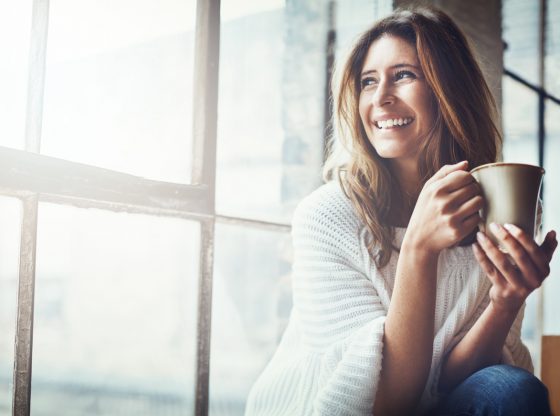 I’m often asked by my callers if the person they are in love with will ever change and behave in a more compassionate and loving manner. Sometimes, the answer is “yes.” But such change is only possible when the other person not only wants to try but is also capable of succeeding. The best thing we can do for ourselves is to learn, to see, and to accept the people we love for who they truly are. Recognizing and respecting the true nature of those you love will help you make realistic decisions regarding your own best course of action.

The following parable has been an inspiration to me in my dealings with other people. I hope that you will find it useful too:

When Hypoc was through meditating with St. Gulik, he went there into the kitchen where he busied himself with preparing the feast and in his endeavor, he found that there was some old tea in a  pan left standing from the night before, when he had in his weakness forgot about its making and had let it sit steeping for 24 hours. It was dark and murky and it was Hypoc’s intention to use this old tea by diluting it with water. And again in his weakness, chose without further consideration and plunged into the physical labor of the preparations. It was then when deeply immersed in the pleasure of that trip, he had a sudden loud clear voice in his head saying “it is bitter tea that involves you so.” Hypoc heard the voice, but the struggle inside intensified, and the pattern, previously established with the physical laboring and the muscle messages coordinated and unified or perhaps coded, continued to exert their influence and Hypoc succumbed to the pressure and he denied the voice. And again he plunged into the physical orgy and completed the task, and Lo as the voice had predicted, the tea was bitter.

So many times, I have found myself in this same sort of situation. Much like Hypoc, I forget to ask myself what the true nature of the situation, person, or object I’m dealing with might be before I choose to go ahead with my plans. Usually, this happens when I don’t want to see the truth because it doesn’t fit in with my personal agenda. I’m trying to do a better job of seeing things more clearly these days, though.

A psychic is ready to guide you on your journey to find love. Get a reading today!

In his book, “How I Found Freedom in an Unfree World,” Harry Browne addresses this same sort of problem and offers a solution:

Each individual is acting on his own knowledge in ways he believes will bring him happiness. He acts to produce the consequences he thinks will make him feel better. You have to treat things and people in accordance with their own identities in order to get what you want from them. You don’t expect a stone to be a fish. And it’s just as unrealistic to expect one person to act as someone else does. You don’t control the identities of people, but you can control how you deal with them.

When I read these paragraphs, it resonates as truth – just like the Parable of the Bitter Tea did. I can’t control other people, but I can learn to judge situations and people according to their true nature. One of the best ways I’ve found to do this is making my judgments and plans based on the taste of the tea (the actions of the people involved in any given situation), rather than on my preconceived ideas of their own words and good intentions.

If the tea is bitter, I can throw it out, or use it for some other purpose than drinking. For instance, bitter tea is great for treating sunburn! Once I understood that there is more than one way to deal with other people and things, I no longer felt the need to control or change them.

Keen Editorial Staff
Keen's Editorial Staff is made up of world-class writers, astrologers, psychics, and advisors with diverse experience and spiritual sensitivity.
Cutting the Psychic Ties that Bind
The Empress – Phantasmagoric Theater Tarot