by Live the Light

I must confess I love my clients, but I love it even more when my clients fall in love! So, today I decided to share some very sound advice from a happily married couple with the most adorable three-year-old boy I have ever seen! Here’s the scoop:

About a month ago I was hanging out at my favorite coffee shop, chatting with the owner, when his sister walked in. For the article’s sake we’ll call his sister Cathy Dunbar (obviously not her real name). I’d never met Cathy before, but her bubbly energy and brash sense of humor were infectious. We quickly fell into an easy conversation about the highs and lows of crazy winter weather and shortly after that she introduced me to her husband.

While we were talking, she told me about their young son and how they met through an internet dating site. Once Cathy mentioned online dating, my interest was piqued. Granted, no couple is perfect, and every relationship can have severe ups and downs. However, when I observed that happy couple, they seemed genuinely attracted to each other but also felt like partners in crime. There was a loyalty there that was palpable.

So, I figured it would be best to break the ice before I barreled my way into a deeper conversation. I let her know that I was a Spiritual Intuitive and many of my clients were seeking loving, committed partnerships. I asked her if she had any advice on the matter. Why were so many single when they truly desired a relationship?

Cathy took one look at me and said, “Men are clueless and women’s expectations are too high.”

Then she giggled a bit and went on to explain her rationale. During the course of her dating life, Cathy admitted she had this fairytale notion of what a partnership would look like. She also noticed that many of women she encountered had similar views. Unfortunately, that simply wasn’t matching up with their reality. So, after all the hot and cold, push pull, and string of non-committal guys, Cathy was spent.  So, she took a bit of break from the scene and then slowly got back into the online world after that.

At that point, her husband (we’ll call him Bob) chimed in and explained they met shortly after her hiatus. He too had done the online dating scene and experienced his fair share of misses. Bob explained that he was at a weird place in his life; he wasn’t in a hurry to have a relationship, but he was still interested in connecting with kind, fun, genuine people. He told me that once they communicated on the dating website, they decided to take it offline and talk on the phone.

Looking for marriage advice? Click here to call or chat with a psychic love expert!

Since Bob and Cathy lived in different cities, all they could do was talk (and it would be months before they actually met in person).

During the course of those conversations, they discussed a little bit of everything and came to know each other better. He told me that they took time to build a solid friendship, one that I could feel upon first meeting them.

When they finally met in person, there were months of strong communication, laughter, and honesty under their belts. Even then, neither was sure what they were getting into. They just had to trust.

Well, after meeting in person Cathy knew she wanted to be with him. Seeing him face to face confirmed everything she felt over the phone. Bob noted that once Cathy left to go home, he missed her terribly and it was at that moment that he knew he wanted to be with her too and give their relationship a try.

There was a bit of a lull in the conversation for a moment. It was quite a lot to take in. After collecting my thoughts, I asked Bob why he felt their relationship worked.

He thought about it for a moment and then said something to the effect of (forgive me, as I am recollecting to the best of my ability), “I think it works because we are at the same places in our lives. We were both tired of the dating scene but not quite ready to be serious with someone. Yet, we both seemed to know that there would come a point, sometime soon where we would want to be with someone and build a connection. We were basically doing the same thing in two different parts of the country. Like I said, she was in the same place I was.”

As I listened to the Dunbars, I kept replaying what Bob said over and over again: “We were at the same place in our lives.”

It reminded me of times where I saw people who cared for each other but were in very different stages of life. For example:

Being madly in love with a person who is already in a relationship.

Trying to have a serious commitment with someone who just finalized a nasty divorce.

Trying to spend time with a person who is struggling to build up their career, financial house, or self-esteem

Because of those circumstances, they don’t always have an abundance of energy or time to give to a budding relationship. That is often when one person begins to feel neglected because they desire more consistency. But how can one be consistent if they are in a different stage of their lives?

If you fall for someone who is in a different stage of life than you are, ask yourself if your lives are truly compatible, or if you are just trying to convince yourself to hold on to the things you do like. Timing is key. Be patient with the universe’s plans for your heart, and if someone is the right person for you, they will come into your life when you are both ready for the journey. 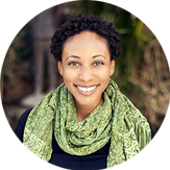 Nicole (Advisor Live the Light) Is a psychic, medium, and intuitive. She specializes in readings on love and relationships & helping people strengthen their intuition. She has been reading and teaching professionally in the US and abroad for many years.

Get a reading from Nicole today! Click here to get your first 3 minutes free.