Why Won’t He Propose? 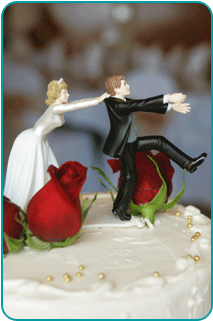 You’ve been together a long time and despite the fact that you seem meant for each other, he hasn’t even mentioned the “M” word. There are as many reasons “why not” as there are stars in the sky, but basically any guy not popping the question is doing so out of fear. However, getting a good read on a guy is about as unlikely as getting an actual count on those stars.

While it’s good to talk to your friends about the situation, friends are not always impartial and they may offer up bad advice. If you find yourself needing help in laying things out in a pragmatic way, a visit to a psychic may be what’s warranted to help you see the bigger picture.

Astrological-based psychics, when armed with the birth date and time for both you and your man, can show you what is good and bad about the relationship. Or you can call a psychic to have a reading using Tarot cards, runes or some other method of divination. A Tarot reading can let you know if the time is right, if it should be postponed, or – in some cases – canceled altogether.

If you think he wants to get married but has not yet broached the subject, do keep in mind that men simply do not have the same concept of time women do. Pick any couple that has been dating for six months. If you ask the woman how long they’ve been together, she will proudly say, “Over half a year.” Ask the guy the same question and he’ll mumble, “Oh, a couple of months, I think.”

Most women have that subliminal clock ticking away, which almost immediately puts an end goal in their minds, while guys cannot see past next Monday night’s football game. Is it any wonder that most guys get that look of confusion on their face the first time marriage is brought up in conversation?

It’s trite but true: Actions speak louder than words. Help overcome his fears by showing him, through your actions, that his worst nightmare won’t come true if he gets down on one knee and pops the question. But first you must figure out what major thing is scaring him the most. There are six main fears that will stop a man from proposing marriage:

Have you had pre-proposal issues in a relationship?(polls)

Sometimes there is a lot brewing right under the surface in any relationship, and it is often the things not readily seen that can cause problems or give hope in a relationship. Contact a psychic to bring the subliminal to the forefront. Finding love is easier than you think.

Keen Editorial Staff
Keen's Editorial Staff is made up of world-class writers, astrologers, psychics, and advisors with diverse experience and spiritual sensitivity.
What Does His Small Talk Really Mean?
Will Your Relationship Last?