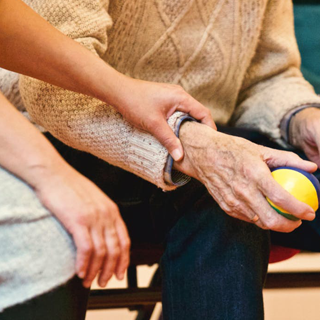 It’s going to happen to all of us. Getting dumped. Being cheated on. Being betrayed by a best friend. If you are taking the risk of being in a relationship, it’s going to suck sometimes.

My friend, Marcie, broke up with her boyfriend that she’d been seeing since high school. They survived going to separate colleges, four years of long distance, and when they finally were together in the same city, he bailed. Turns out he had another girlfriend the whole time—and she’s the one he chose.

“I can’t believe he didn’t just tell me four years ago,” Marcie sniffed over her flat white. The noise of Starbucks swirled around us. She was totally oblivious to the world around her, stuck in her pain. Hey—I totally got it.

Bu then, three months later, we had basically the same conversation. It was like the movie Groundhog Day. Like she hadn’t moved on at all.

I had brought my Tarot cards and offered to pull one for her. I drew the Six of Coins. She took a look at the card and pushed it away. The image of the wealthy man giving alms to the poor, with a magnificent castle in the background, didn’t resonate with her at all. But it did with me.

What Marcie needed was to find a way to give to others, to feel her own worth again rather than replaying the horrible betrayal of her first true love. Okay, I know the idea of giving to others in order to heal yourself might sound—what?—goody-good. But being of service—whether that means joining a volunteering program or just taking occasional time to focus on the concerns of family and friends—is a recommended psychic resolution to help you heal from heartbreak and create the life you want for yourself.

Moving On From the Pain

Marcie and I talked about the card. She was a little pissed at first; she didn’t want to admit she was stuck in her victim story. I knew it would take a while to heal, but I told her, “Girl, there’s gotta be something else. What do you care about?”

Eventually, her tears dried, and she said she had become friends with a woman, Dolores, at work. She had found out that this woman’s husband was abusive. She didn’t know what to do, but was really worried for her friend.

“Look, you might not be able to help Dolores directly, but what if you found out how to support her or help other women in her situation?”

Marcie agreed to think about it. I took a picture of the Tarot card and sent it to her as an inspiration.

Giving Can Heal You

Marcie and I talked a few weeks later at a party. Her eyes were brighter, and as we settled into a corner with our drinks, she asked me how I was. This was a great sign because the last few times, it had been all about her. Then she told me that she had started volunteering at a women’s shelter.

“God—these women’s situations,” she said. “The worst. I had this intense training and now I’m on the hotline. We had to get a woman to the safe house last week—it’s crazy. But I feel great that she’s safe.”

And then I asked her—because it still had to matter—about her heartache over Brian.

“I mean, I still cry over it every week. And I should buy stock in Ben & Jerry’s! But I just realized that I wasn’t the only one with pain in my life and that I still had something to give someone else. I was really stuck in that pain. Sometimes my heart aches about him, but when I get to really help someone else, it’s like my heart aches—in a good way.”

I think my most important takeaway from Marcie’s situation was the reinforcement of the amazing power of service. And it isn’t just for when you are feeling bad—having a commitment to giving back as a regular part of life is a gift to yourself. It was a psychic that first made me think about this, in a reading I had a few years ago. It was all about strengthening my heart chakra, and she said it would help with my feelings of loneliness. She was right, and now that I’ve helped Marcie, it feels like coming full circle.

Heartbreak is part of life, and healing takes the time it takes. If you are heartbroken, talk to someone. Get a reading or have a friend help you get perspective. For Marcie, it was just one card drawn in a Starbucks! Our hearts are limitless. Using your heart for love even when it hurts is an amazing tool to help the healing move along.

Are you struggling to move through heartbreak? Advisors on Keen can help you find ways to heal and move on. Call and get the support you need today!

Tweet0Pin0
Should You Date a Friend’s Ex?
What Is The Difference Between A Spirit Guide and An Angel?

What Does it Mean When…

What Do Dreams About Spiders…

Psychic Predictions and the 2020…