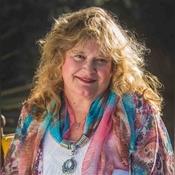 After narrowly avoiding tragedy or sidestepping misfortune, many of us have probably wondered if some higher power was looking out for us in that moment. According to Jane Wilcox, an advisor on Keen, angels are everywhere, guiding each of us along our path, and her ability to communicate with these apparitions led her to pursue a career as a psychic advisor. “Sometimes when I’m talking with a client, I get chills all over,” says Jane. “I call those angel touches because it’s a sign that the message I’m sharing is correct. My belief in angels isn’t a religious thing. I just have a strong belief in their ability to give the best advice for the highest good.”

The Gift of Vision

For nearly two decades, Jane has been giving spiritual readings and helping her clients understand why things happen. There was a time, however, when the idea of sharing her gift seemed out of the question. As a child, her ability to see apparitions terrified Jane, even though the spirits’ energy always felt loving and kind. “I didn’t know why these beings that were clearly not of this Earth were visiting me and, since it wasn’t something that was socially acceptable to talk about, I kept my abilities to myself. However, those first few experiences with what I now know were angels had a huge impact on me.”

Jane tried to ignore her ability to see and hear messages, but she eventually became curious and decided to do some research on angelology. She learned that the apparition she’d seen as a child was Uriel, the archangel of the Divine Presence. “It all seemed to make a little more sense to me. I feel that he came to show me I had a gift so that I could explore it when I was ready, later in life.”

After attending college and earning a degree in journalism with an emphasis on advertising, Jane went into marketing and, later, graphic design. But, in 2008, Jane’s father passed away and it affected her immensely. “That experience pushed me to pursue my gifts. I started reading books about death and began looking more closely at the spiritual aspect of things. I then understood that all of my experiences had led me to this path.”

Jane decided to follow what she felt called to do and, for the next two years, she gave online chat readings and discovered that she really enjoyed helping people. In 2001, a good friend suggested that Jane look into becoming an advisor on Keen. “That’s when I decided to make advising my career. I knew that, as long as I kept my intentions pure and honest, this was the way to connect with and help more people.”

If you call Jane, you can expect a very down-to-Earth, honest reading. “I won’t waste your time. If I don’t know the answer, I’ll tell you that. I believe that we aren’t meant to know everything, so some things aren’t shown to me.” Jane is also very attentive and follows up with her clients. “I don’t just hang up and forget about people. I wonder how they’re doing, and I check in on them.”

To focus her readings, Jane often uses a deck of “angel cards” that she wrote herself. “They help me tune into the issues in someone’s heart. The cards are ambiguous because we all read things differently, but I’m able to hear how to interpret the information I’m given.” You’ll receive the most accurate reading if you come to a session prepared with questions or topics you’d like Jane to target. “I’m not a mind reader; I see and hear messages, and I can best interpret them when clients are direct with what they need to know. My style of reading is to look at a person’s story and present the information as I see it. What you do from there is up to you.”

Jane has found that the best readings occur where she and the client are able to relax and allow the information to come through their connected energy. “As humans, we often get in the way of ourselves by over-thinking or allowing the ego to take over. But, if we are open and allow ourselves to give, that’s when we receive.”

Being an advisor has made Jane more compassionate by giving her a chance to look at the world from many different perspectives. “Healers can often address their own issues by helping others work through theirs because we’re able to see a situation without any emotional attachment and the understanding we take away from that can often be applied to things in our own lives.” A frequent topic of discussion is unrequited love. “Sometimes, a person’s energy isn’t in tune with ours, but that doesn’t make us less of a person. Rather than dwelling on that, we must find the things that we identify with and cultivate that connection. For me, it’s angels and nature because of their purity and honesty.”

Jane believes everything is part of a bigger plan intended for our higher good. “I love helping my clients understand why things happen and teaching them how to find the positive in any situation. We learn lessons based on the choices we make and, if we can remember to look at things with a sense humor, it’s easier to see the light at the end of the tunnel. For me, the greatest joy is helping someone see that, no matter what, there is hope.”

For a spiritual reading to help you connect with a higher power, contact an advisor on Keen, like Jane Wilcox, today.