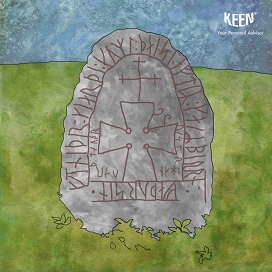 At their simplest level, the Nordic rune stones we most commonly think of as tools of divination, similar to the I Ching or the Tarot, are actually an alphabet that dates back to the second century CE. Early examples of runic writings have been found on artifacts such as jewelry, hair combs, tools, weapons, and perhaps most notably, giant runestones, the memorials often raised and inscribed by the Vikings in honor of their dead.

The oldest of the runic alphabets is the Elder Futhark, a system of writing that can be traced to the Germanic tribes that migrated throughout Europe as a result of their ongoing conflict with the Roman Empire. The name “Futhark” is derived from its first six symbols: Fehu, Uruz, Thurisaz, Ansuz, Raido, Kenaz–just as our own word “alphabet,” is taken from the first two letters in the Hebrew alphabet, “aleph” and “bet.”

Magic of the Gods

Rather than letters of a modern alphabet that represent the distinct sounds from which words are constructed, the Nordic alphabet from which runes are derived is comprised of phonemes, which are micro-units of language that not only encompass sound, but meaning. (1) Ancient societies for whom runic languages were the common method of communication had a very different outlook on the impact of both the written and spoken word. Runes and the phrases they formed were thought to contain their own unique animism. To say something aloud or to write it was considered a summoning of sorts: to speak a thing was to give it power and call it into being; to write a thing was to invite its creation in the real world.

Early Germanic people and their descendants believed each rune was possessed of a certain power or quality, and by combining the runes in a variety of configurations, specific goals and desires (for good or ill) could be achieved. The word “rune” is the amalgamation of two concepts: one, which stood for the letter itself, and also the connotation of “secret” or “mystery.” It’s small wonder that the symbolism of runes found its way into contexts of spiritual and magical divination.

Another magical connection that runes enjoy is a long association with the Norse gods, especially Odin, who is credited by many with discovering the runes as the result of a mythic ordeal he underwent, similar in scope (if not detail) to a Native American vision quest (such as the one described by the famed Nez Perce warrior, Yellow Wolf).(2) Legend has it that Odin was hung for nine days on a tree at the center of the universe whose roots and branches hold the nine worlds. At the end of his tribulations, the runes were revealed to him. (3)

There are a variety of modern rune stones available for use by those who wish to interpret the future or seek answers to specific questions. Most current sets of runes are comprised of a pouch containing 24 symbols carved or embossed on small tiles or stones, and a guidebook with definitions for each character, reversals, and interpretations of various configurations.

The 24 signs are categorized in three families of eight runes called an Aett (singular) or Aettir (plural), and each Aett is the provenance of specific Norse gods:

• Heimdall–keeper of the Rainbow Bridge to the Heavens

• Tyr–warrior, leader, and champion of justice

As with the I Ching, rune stones are cast while the querent concentrates on the issue they desire to learn more about–however, like the tarot, there are both traditional and nontraditional methodologies with regard to the casting and interpretation of runes.

The traditional method involves casting the runes onto a white cloth while facing either an East-West axis or the sun. Stones that fall right side up have one significance, while reversed stones carry another meaning.

There are also less traditional, more intuitive means of casting runes that call for concentrating on the question at hand, and pulling a single rune from the pouch to reveal the answer to that question, or passing one’s hand over a field of runes, eyes closed, and allowing the emanations of the corresponding rune to draw the querent to select it. As with the tarot, the method you ultimately choose for runes will be the one you feel most comfortable and best suits your personal style.

If you’re casting about for answers, you can try channeling the Norse gods–or for help that’s a little closer to home, a KEEN advisor versed in rune stones can offer the guidance you seek.

What Does it Mean When…