Is Reincarnation Real? Did You Meet Your Soulmate in a Past Life?

Home /Psychic/Is Reincarnation Real? Did You Meet Your Soulmate in a Past Life? 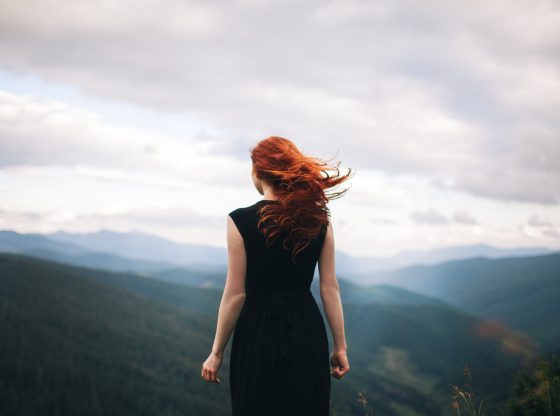 It’s an era of modernity, cellphones, flat-screens, video calls, flying cars, and drones are the new norm. But, do you ever think of a different decade? Century? Country? Culture? One that varies from the one we’re currently in?

Do you have reoccurring dreams of flying over the Irish seaside? A castle in Great Britain? An Arctic tundra? Or some other place that’s beyond you? Do you have Deja Vu more than most people? Do you ever sense when someone is going the wrong way before their life seemingly crumbles? Or the right way before they live out their happily ever after?

If you answered yes, then you may have led a past life.

Though Keen is an international platform, I live in the USA where roughly 25% of the population believe in reincarnation, transmutation, and or metempsychosis. It’s rarely considered to be a religious theology or doctrine by learned men and women, though some say it is. I find it fascinating that some steadfastly deny the possibility because scientists, particularly quantum physicists, have already proved that it is true at molecular level. More than a few times.

If reincarnation as the transfer of energy from one being to another is accurate, then it opens us up the question as to whether we incarnate based on our good or bad deeds in every lifetime. Or is it some sort of cyclic sequence akin to the “Circle of Life” in the Lion King?

Many Religions and Cultures Believe Reincarnation

There are many religions that believe, discuss, and purport reincarnation all around the world. Indologist date it back to the Brahamic Religion. Most scholars point to the Dead Sea Scrolls, the 2nd Counsel of Constantinople, and the political benefits of removing reincarnation from certain religions. For instance, to take it out of the Bible would lead people to believe they had just one chance to either be right by God and go to Heaven.

Hinduism, Buddhism, most Native and Aboriginal theologies, and West and East African believe in reincarnation. Look to the Arctic, where the Inuits believe that humankind and animals reincarnate. They believe every newborn in the village is a recently deceased community member returning home.

If we reincarnate, do we always return as a human, or can it be as an animal, insect, or grain of sand? Would the believers of Janism be correct that the more nefarious of us reincarnate as animals? Are the Zulu tribe to be validated about their notion that, when we die, we wait around our body for the closest living body to hop into? Maybe West Africans and Inuits are on the right path in their belief that our ancestors continue to incarnate in our family for all time.

If this is all true, then it leaves me wondering if there is a limited amount of times we reincarnate, or if continue on this path for an infinite eternity. Buddha supposedly incarnated more than 504 times, is that the case for you too? Will one of our incarnations be like Buddhas, as a rabbit? Will we make the same decision as he did and jump into the lap of a starving man to speedily get to the next life, if we do? And, in being so self-sacrificial, will the life following be rewarding as the Hindus believe?

How Reincarnation Ties to Soulmates

Some critics of reincarnation point out the massive influx in our population over time.  How can billions of new souls be explained? My thoughts are that it just may be that, when we reincarnate, we divide our souls. Perhaps our soul splits into 2, maybe it splits into thousands, shooting off to reincarnate into different people. People we’ll join with over and over, as we search out all of the missing parts of our soul in an attempt to become whole.

If we are all living simultaneously with our souls spread among all of the most impactful people in our lives, and then spending every incarnation finding these people, it could all make sense. Our Mother in this lifetime having been our brother or lover in a past life, for example. Our enemy having been our slave in a lifetime before. It could also explain why it is we have “soulmates” and “twin flames”, because we’re seeking the biggest portion of our own soul to reunite with. Finding and merging with our one and only to make our souls feel whole.

What do you think?

Did YOU Have a Past Life?

If reincarnation is real, a few links to proof include:

1. Recall memores of your past life during early childhood

3. A sense of connection with a culture or place you’re not from

4. Fears and phobias not due to anything that happened to you in this lifetime

5. Having deja vu more than once a week

6. Knowing without knowing when someone is going to be the love of your life or a wolf in sheep’s clothing

7. A strong sense of knowing someone the first time you meet

If this were the DSM then 4 or more of these transmutation symptoms would be required for a diagnosis of reincarnation.

Now that you’re certain that you have led another life, I hope that you’ll reach out to me or my fellow advisors on Keen for more insight, answers, and guidance on the matter. I offer past life readings using three different tools and a gift I have been blessed with. If you feel so inclined, I encourage you to book a consultation with me or to get an email reading.

Thanks for reading! Our souls are clearly connected now. 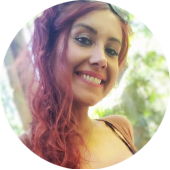 Mystic Gwen comes from a long line of matriarchial Celtic psychics. A childhood immersed in Catholicism and the esoteric has made her ability to lift the veil for others a pleasure that she thanks God for. A survivor of trauma, she donates her time and profits to charitable causes. God’s messages are all that she asks to receive from the angels that surround her and her growing number of divination tools. She gives readings on love, past lives, destiny, career, and more.

Get a reading from Mystic Gwen today! Click here to get your first 3 minutes FREE.

Keen Editorial Staff
Keen's Editorial Staff is made up of world-class writers, astrologers, psychics, and advisors with diverse experience and spiritual sensitivity.
6 Steps to Manifest a Memorable Year
This Lunar Eclipse Will Unlock Passion and Desire