Did Taylor Swift Really Make 65,000 People Register to Vote? Taylor, is that you?

Taylor Swift recently made her political stances known for the first time, throwing her support behind candidates running for office. On the eve of the last day of voter registration in many battleground states, she opted to back two decidedly unflashy Democrats from her home state of Tennessee—Phil Bredesen for Senate and Jim Cooper for the House of Representatives—in a post on Instagram.

Swift took a stance against running candidate, Marsha Blackburn. “I cannot vote for someone who will not be willing to fight for dignity for ALL Americans, no matter their skin color, gender, or who they love,” she wrote.

She went on to list that Blackburn voted against equal pay for women and the Reauthorization of Violence Against Women Act. Swift also said Blackburn believes businesses have the right to refuse service to gay couples and that they should not have a right to marry.

“These are not MY Tennessee values. I will be voting for Phil Bredesen for Senate and Jim Cooper for House of Representatives.” she said.

A Tarot Reading for Taylor Swift

I decided to take a look at what’s going on with Taylor Swift, her mindset, her energy, where’s she at emotionally right now and what’s next for her. Here are her cards: 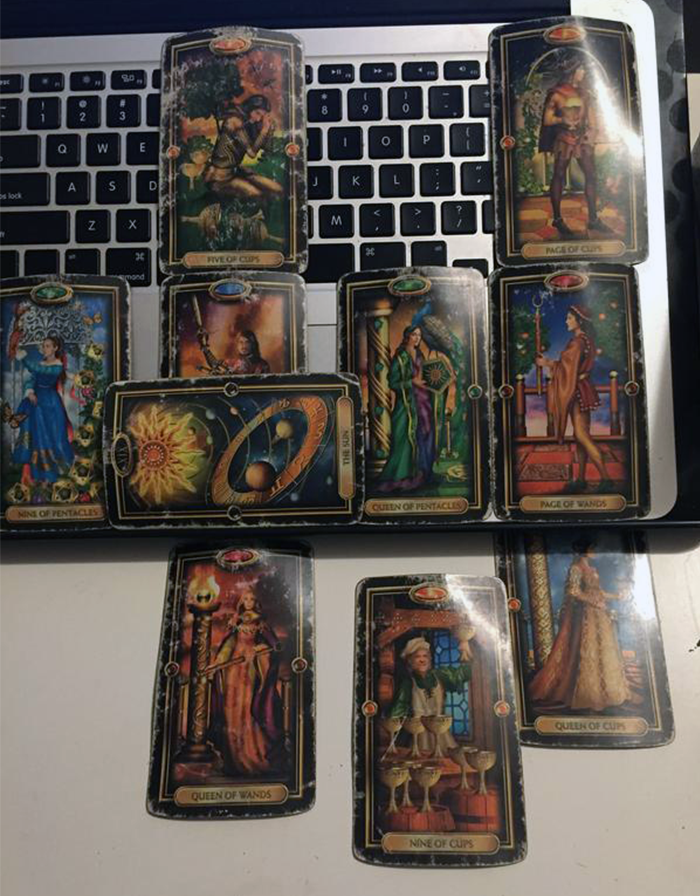 1. Five of Swords – This is Taylor, showing her fed up with things, she has been holding her tongue for too long, and her frustration has been brewing for a long time.

2. Sun (reversed) – Her decision to make a political statement was not made for her ego, as the Sun is reversed. It wasn’t about advancing her agenda, it wasn’t about furthering her career.

3. Queen of Wands – Taylor has an immense circle of influencers and handlers around her, there are many people in her life who she consults with and makes decisions with. This is the first significant female in her life, possibly a mother figure, boss, manager, or something of that level.

4. Nine of Pentacles – The last thing Taylor is chasing these days is money. She lives on a different plane now, where influence is her commodity, not money.

What’s in the cards for you? Click here to get a tarot reading today!

5. Five of Cups – Taylor is a very sensitive soul, this card shows her with an empathic heart. She feels everyone’s pain, she’s quite down-to-earth despite her wealth, she knows what’s going on in the world and she sees the injustice in the world and wants to do something about it (and she has for a long time.)

6. Queen of Pentacles – This is a card of another person of influence – Taylor is very close with women, she has a great deal of female energy around her that influences her significantly.

7. Nine of Pentacles – Taylor knew what she was doing when she made her announcement on Instagram to promote two Democratic senators in Tennessee, she knew it would be controversial, but she also knew it would make an impact, and it did! 65,000 new voters registered in one day, shortly following her announcement. Taylor celebrated in a big way.

8. Queen of Cups: This is Taylor’s image she wanted to portray, which ultimately did come through, her as a kind-hearted, sensitive, caring and understanding young woman. Her image is still very much in-tact.   Anyone who thought she would lose fans, well that didn’t happen, and they were wrong.

9. Page of Wands – This is a communication card, meaning this is the way she planned things, down to the letter and in the social media vehicle (Instagram) where her audience lives.

10. Page of Cups – What’s next for Taylor Swift? More outspoken support for candidates like this, I don’t see her slowing down, this is the beginning of her new carefully crafted, grown-up image and in-step with her fans. Expect this energy and momentum to keep swelling for her in new areas of her life as well. It’s all up from here! 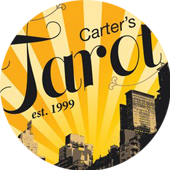 Think of Agent Carter as your best friend with a special gift to call up on a difficult day, who will listen, answer and laugh with you. Her goal is to leave you feeling better after your conversation. She is here to empower you so you can take back your power and succeed.

Get a tarot reading from Agent Carter today! Click here to get started.