Animal symbolism is scattered throughout the major arcana and minor arcana of the tarot. There are 78 cards in a traditional tarot deck and each card is rich with meaning. Whether you are a beginner or seasoned reader, navigating the interpretations of the cards can be overwhelming. Tarot is a constant exploration of interpretation, but we can look to the significance of the animals in some of the cards to point to certain aspects of ourselves, others, and events. Below is an in-depth guide to the animal symbolism in traditional tarot decks such as the Rider-Waite.

Want to get a tarot reading now? Check out some of our top Keen advisors.

A bull is depicted on the throne of the King of Pentacles tarot card. The bull is concerned with the astrological sign of Taurus who is a lover of indulgence, materialism, and luxury. Bulls tend to be determined and stubborn, which mirrors the King of Pentacles who is a successful leader through their hard work and ambitious drive.

Cats are magical, mystical, and independent creatures by nature. In the Rider-Waite deck, a black cat sits at the foot of the throne of the Queen of Wands. The cat represents her psychic ability, her strong intuition, and her powerful feminine charm.

Crayfish are a type of crustacean that symbolize femininity and emotions. They highlight the emotional aspects of The Moon card and can correlate to the astrological sign of cancer, which is also represented by a crustacean.

Dogs appear a few times throughout the Rider-Waite deck and can be interpreted in various ways. Typically, dogs are seen as loyal companions, teaching humans compassion and how to love unconditionally. They can also represent hard work. The dog on The Fool card can represent not having to through your journey alone or even as a representation of self – your playful inner child being inspired by the world around you.

Two dogs also appear on the Ten of Pentacles. The dogs can be seen as a symbol of hard work paying off and enjoying the fruits of your labor.

Historically, the dove has always been a symbol of peace, spiritual trinity, and grace. It appears on the Ace of Cups above a cup overflowing which embraces the energy of new beginnings in love and the tranquil feelings that come with it.

As a general rule of thumb, sea creatures can represent emotions and feelings in tarot. The fish which appears on the Page of Cups denotes intuitive Pisces energy. It appears in the foreground of the card which speaks to Page energy of being very upfront with their emotions and perhaps not able to control them. In contrast, the fish that appears on the King of Cups is in the background suggesting that the King can conceal his emotions, but they are still there, bubbling to the surface.

Horses are ridden by the four knights in the tarot deck. They symbolize hard work and initiative. Since knights represent action, the horses are a symbol of that movement which can be further exemplified by each horse’s demeanor in the deck. For instance, the Knight of Cups and Knight of Pentacles depict a relatively relaxed horse moving slowly compared to the Knight of Wands or Knight of Swords, which show a horse galloping at speed.

The regal lion appears on the Two of Cups and the Strength card. It stands for honor, loyalty, and strength. They can also represent the astrological sign of Leo. Lions are dynamic and magnanimous leaders of the animal kingdom. The Strength card depicts a lion being petted by a woman which can symbolize how even the wildest of hearts can be tamed with patience and care. The lion’s head above the two characters in the Two of Cups represents strength in unity as well as romance.

A salamander can be seen by the feet of the King of Wands as he confidently sits on his throne and surveys the natural world. Salamanders are fire spirits who represent transformational fire energy. It is believed they used to fire-walk and many reside around volcanoes. It appears on the King of Wands, the suit associated with the element of fire.

On The Lovers tarot card, a snake is coiled around an apple tree on the feminine side. The card speaks about the story of Adam and Eve in the garden of Eden. The snake can be seen to symbolize temptation, sexuality, and choices.

The same symbolism is true for the snake that appears on the Seven of Cups in the top right cup on the card. The snake rests in the cup to symbolize how sexuality and earthly pleasures are one of the choices which the figure can make.

Since the tortoise is a slow-moving creature, this can imply that the character of the King of Pentacles is also slow-moving, methodical, and intentional with their approach.

Wolves howling at the moon are depicted in The Moon tarot card. Wolves are intuitive, social creatures by nature. They tend to have family structures similar to humans. They tend to select one partner and mate for life. The wolves in The Moon card can symbolize secrets being revealed as they are engaging beneath the moon and howling.

When it comes to tarot readings, animal symbolism can play a major part in how the card is interpreted. They can serve as messages and animal spirits there to guide us in unpacking the deeper meaning of the cards. Meditate on the characteristics of the animal and observe how they interact with the other elements in the card to gain a deeper understanding of the message being conveyed.
Looking for a tarot reading? Our team of expert tarot readers are here to help you anytime you need guidance. Browse our readers and contact them over phone or chat to get the answers you need right away.

Keen Editorial Staff
Keen's Editorial Staff is made up of world-class writers, astrologers, psychics, and advisors with diverse experience and spiritual sensitivity.
The Most Common Symbols of the Tarot
Twin Flame Tarot Cards

How to Cleanse Tarot Cards 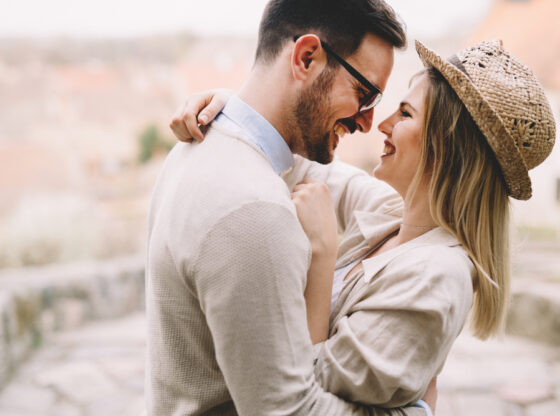