Reversed Tarot Card Meanings: A Guide to Reading Them

Home /Tarot/Reversed Tarot Card Meanings: A Guide to Reading Them 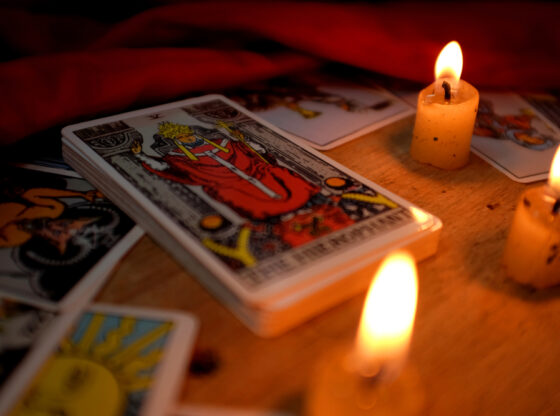 There’s a stigma that suggests reversed tarot cards mean bad news. This isn’t the case. A reversed card can mean several different things depending on the card itself and its place in the spread.

What is a Reversed Tarot Card?

A reversed tarot card is any one of the 78 tarot cards that come out upside down in a reading.

How to Read a Reversed Tarot Card

Some readers read reversed tarot cards with their upright meaning to simplify readings. After all, you’re already working with 78 cards.

Tarot is about intuition, skill, and experience, so there’s no write or wrong answer. But, if you do choose to read reversed cards, here are five common ways to interpret them.

Some see reversed cards as carrying a dialed back energy of the card’s upright meaning.

For example, the Nine of Swords carries the meanings of nightmares, stress, anxiety, and negative thoughts. In reverse, this card could suggest that you are moving away from a period of deep inner turmoil into calmer waters. If you pull The Tower in the reverse, this could indicate that you have just gone through some major upheavals and the period you are in now is the calm after the storm.

Simply put, take the basic meaning of the card you pulled and amplify it. Since all the cards carry a balanced energy to them, a way to read them in reverse is to see an intensified energy. For example, if you pull the Four of Cups in a reversed position, this could signal that you are going through a period of immense grief and loneliness or pulling something like The Heirophant in reverse could suggest you are expanding your spiritual practices or receiving a huge karmic lesson.

Another way you can read tarot card reversals is to interpret them as delays or blockages on the querent’s path. In some tarot spreads, you can read the cards as telling a narrative of past, present, future and a reversed tarot card could indicate a foreseeable blocked energy in the way. For instance, pulling The Fool upright and having it being crossed by the Seven of Swords could suggest that there is someone being dishonest around you that may be holding you back and preventing you from taking a leap of faith. It may be drawing your attention to the importance of looking before you leap as your current energy implies that not everyone around you has your best intentions at heart.

Internalized Energy or Opposite Meaning

Taking the upright meaning of the tarot card and interpreting it as the opposite energy or internalized energy is another common way of reading reversals. This can be useful for smaller spreads but overall, it tends to simplify the meaning of the card too much. An example of this would be pulling the Five of Wands, a card about outer conflict, arguments, tension, and ego, and seeing it as a card of internalized conflict, inner turmoil, conflict avoidance, and released tension. Another instance would be if you pulled the King of Cups (an emotionally mature character, someone who has mastered their emotions) and seeing it as struggling to control emotions, being emotionally manipulative, or being emotionally immature.

At the end of the day, whether you read reversals or not, you will still be able to conduct excellent tarot readings as there is no right or wrong way to read the cards. Take what resonates, leave the rest.

Keen Editorial Staff
Keen's Editorial Staff is made up of world-class writers, astrologers, psychics, and advisors with diverse experience and spiritual sensitivity.
Black Aura Meaning and Personality
Your Complete Guide to Auras: Everything You Need to Know