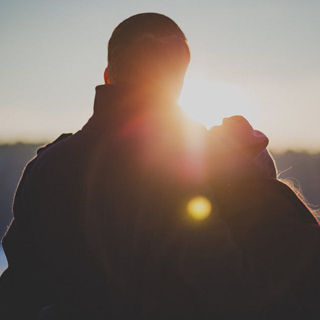 Everyone has a soulmate, and some of us have more than one—the question is, when will they appear? Where can we find them, and what, if anything, can we do to speed their arrival? For these inquiries, there’s a soulmate Tarot reading. The Soulmate Spread is a simple, three-card reading with surprising depth.

A real-life example best illustrates the Soulmate Spread. Joanne, 33, is a veterinarian in Houston who had not dated in years. During veterinary school, she spent all her free time either studying or caring for her mother, who was ill. After her mother recovered and she graduated, she threw herself into work. It paid off: She settled her student debts, and Joanne was on track to open a private practice soon. But she was wondering if she’d totally missed the boat on romance—was it even worth trying? Most of her friends were already married. She wanted to know if there was someone “meant” for her, and if he was even still available.

Ushering Your Soulmate Into the Picture

Contrary to popular opinion, “soulmate” isn’t synonymous with “effortless romance.” Although the experience of joining with your heart’s other half is transcendental—even magical—every relationship, even those that seem divinely ordained, requires some effort. That work begins long before the first kiss, by the way.

Think about what qualities you look for in a match. Most likely, you desire someone with interests, passions, and ambitions. Now turn the question around: What do you bring to a relationship? You don’t have to be famous or wealthy to be alluring, but having some life experiences behind you—from school to travel to work to incredibly specific and obscure hobbies—will boost your ability to attract love in two ways. First, getting involved with anything gets you talking to like-minded people, so you’re much more likely to encounter romance than if you are sitting at home. Second, even your worst on-the-job hijinks are fodder for great conversation, the vehicle that turns “making eyes from across the party” into “first date”.

That’s why the first card of the Soulmate Spread is just about you. Think of it as a challenge, a goal for the near future. Whatever this card suggests is what you want to amplify in your life. For Joanne, who drew the Six of Wands, it meant that it was time to celebrate her victories. In trying to be polite and modest, Joanne would often downplay her successes at work. Sometimes, she’d even lie about her job so as not to intimidate men. Her card was all about being upfront about her hard-earned skill—far from being off-put, a real soulmate would find her passion magnetic.

Where to Find Your Soulmate

Wouldn’t it be great if you had a GPS to track down the exact geographic coordinates of your other half? Until such an invention hits the market, the second card in the soulmate spread is the next best thing. This card will give you a clue as to where or when you’ll encounter this person. It could be a very literal hint—the card art might remind you of a place you know—but often, it’s representative of a situation that has yet to manifest.

Joanne drew the Five of Pentacles, a somewhat bleak card that usually represents a crisis of faith and hard times. But I sensed that, in the context of her life, this card represented not her, but a man with a chronically ill pet. I counseled that it was likely he would come to the clinic in the next year. Based on her last card, I knew Joanne’s competence and knowledge would so strongly attract this man, he’d ask her on a date.

What Your Soulmate Will Offer You

Every relationship shapes us in ways big and small. In a soulmate connection, where we experience heightened levels of intimacy, those changes can be seismic. It’s not that we lose our identities in close relationships, but we open up in new ways, gaining the room and sustenance to grow into more compassionate and worldly souls. This is the “good” kind of change. Of course, although it’s rare, some soulmates are not a positive influence. There are on-again-off-again relationships that span multiple lifetimes, and although the initial feelings will be explosive, you risk certain heartbreak reenacting the old cycle.

The third card is about how your soulmate will affect your life, for better or for worse. It’s important to keep a broad perspective when reading this—even if you draw the most effusively romantic cards in the deck, you’ll still have some rough patches and squabbles with your partner. If you get a seemingly negative card, check its meaning thoroughly. Some cards, like The Tower, look foreboding but have a more neutral interpretation (in this case, the end of an era or triumphing over oppression).

Joanne drew the Six of Cups, which shows two children playing in a lush garden. I interpreted the card to have two meanings: First, that she would experience a resurgence of childlike joy and playfulness with her soulmate, and second, that they would have a family one day.

The Quest for a Soulmate

For Joanne, the Soulmate Spread revealed that her next great love was on the way. Far from being a barrier to finding romance, her years of devotion to study and practice veterinary medicine would ultimately bring her face-to-face with her future husband.

The beauty of the Soulmate Spread is that it puts agency in the querent’s hands—in Joanne’s case, by validating her life choices so far and pointing out an area to grow (overcoming her fear of “bragging”). By revealing what can be done to “set the scene” for the soulmate’s entrance, it shows the way to develop ourselves and our life purpose, even while we’re single.

Do you want to know more about where and when to find your soulmate? Advisors at KEEN.com can illuminate the situation with Tarot readings and more.