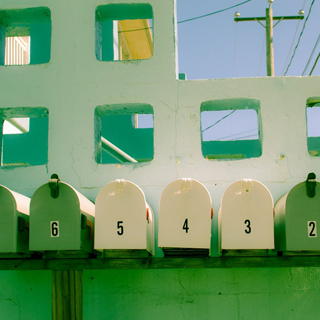 You probably know the meaning of your name — but do you know its number? If you’re a practitioner of numerology, you see numbers everywhere, and you believe in their divinatory significance. Although the history of numerology is old and storied, anyone can pick up the rudiments in a few minutes and start deciphering the mystical significance of their name. So, how does a numerology reading work? Everything you need to know about the cosmic vibrations of numbers lies ahead.

If calculus wasn’t your bag in high school, don’t fear! As long as you can count to 9 and add, a basic numerology calculation is within your reach. Here’s how to start.

But then, is everyone with the same name-number going to share personalities? Does Eunice have some competition from Julie, a fellow 3? Not exactly. Like in astrology, there are multiple complementary measures— there’s also your Life Path number, which is based on your birth date. From your birth name and time, a numerologist can create a fairly unique profile of personality strengths, weaknesses, and passions.

Numerology in the Past

Although numerology has attained a mainstream following among Western spiritual practitioners in the last century, the tradition of finding meaningful patterns in letters and numbers has an ancient history. Pythagoras — the man behind the triangle theorem — was an early proponent of a system that, although not closely related to modern numerology, elevated numbers to godlike status.

As a mathematician who also led a cult, he taught that numbers were more perfect than anything created by man. Each had its own mystical interpretation as well as gender: odd numbers were male, even numbers female. Legend has it, Pythagoras was so ferociously defensive of his system, he had a man murdered for threatening to reveal an ugly number, the square root of two — a number, like Pi, that can’t be expressed nicely as a fraction.

Modern numerology has more in common with the Kabbalistic tradition of gematria or assigning numbers to words. In Hebrew, the original language of Kabbalah, numbers are expressed with the same characters as letters. This system of writing lent itself easily to computing the numerical equivalent of a word, just like we demonstrated with the name Eunice. A few modern Jewish customs have their origins in gematria.

For example, the Hebrew word for life, “Chai”, is spelled with two letters that also denote 18— this is why, on Bar Mitzvahs and weddings, it is customary to give money in multiples of 18. Kabbalistic scholars will also draw connections between words and names that share numerical values. In a similar vein, journalist Michael Drosnin published a book called “The Bible Code” in which he creates new messages from the Hebrew Torah (the Old Testament) by counting equidistant letters (every fifth, for example). According to Drosnin’s work, predictions, including the assassination of Kennedy, can be found in these codes.

Whether you’re a human calculator or a math-phobic, numerology is simple to start, although longtime practitioners would certainly add that it takes experience and time to make headway on the big mysteries. Traditional scholars of Kabbalah, who emphasize the value of patterns in words and numbers in sacred texts, generally take years to develop their expertise — and their study can only begin after the age of forty when the mind is considered strong enough! You probably won’t crack your brain with a numerology calculation that involves adding up the letters in your name, though, so give it a shot.

Are you curious about the numeric significance of your name and birthday? Advisors at Keen.com can fill you in with a numerology reading!