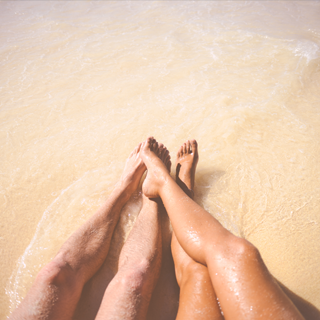 The Aries man and Pisces woman present a very unique pairing in that they are a prime example of opposite attraction, but with a major caveat. This relationship is truly only for those couples who can appreciate and tolerate the steadfastness of the relationship dynamic. In a phrase, Aries is a man’s man who lives to be in charge and enjoys the challenge of seeking out and “winning” the woman he desires. In contrast, the female Pisces is a relaxed, gentle woman who takes great pleasure in making sure everyone is pleased, especially her partner. It is possible for an Aries man and Pisces woman to have compatibility, but relationships between them can be quite a struggle if Aries feels that his dominant position is in jeopardy or if Pisces feels her partner is insensitive to her needs, dreams, and desires. Potential problems aside, due to the unwavering nature of these two signs, love and friendships are truly built to last for those who truly mesh well together.

The Aries man truly represents the ram with his potential for stubbornness and refusal to back down to a challenge. He also reflects the ram’s capability to be completely relaxed when nothing is going on while springing into boisterous action when he, or his desires, feels the call. The relaxed nature of Pisces often does not mesh well with Aries, as it is frequently a sign that thrives in an interdependent relationship. A female Pisces that is generally self-sufficient has the best chance of compatibility success.

Pisces is deeply emotional, a lover of romance, and places a great emphasis on bonding with her partner whenever there is a spare moment away from her dreams and creative pursuits. Aries is a powerful loner who frequently finds it difficult to form emotional connections at the level a Pisces woman requires. At the outset of a relationship, Aries is prone to being the charming, prancing ram fighting down all others to claim his prize with a hefty amount of Pisces-pleasing romance. Trouble comes later when he has succeeded and no longer feels the drive to impress and conquer because the battle has been won.

Despite the difficulty of this match having success, it is not impossible with a bit of work from both sides. The Pisces woman will first and foremost need to come to grips with the fact her mate or friend will cherish his alone time, as well as frequent time “with the guys.” The Aries man, on the other hand, will need to focus on being considerate of the Pisces woman’s needs and desires while remembering a relationship has two co-pilots and not one pilot with a passenger. Unlike many other signs, Pisces will have zero trouble leaving leadership to her mate, which is a bonus as the Aries man will have it no other way. The forgiving and acquiescent nature of Pisces must not be abused if the relationship is to succeed. Both parties must work together to find an agreeable, and balanced, middle ground to avoid heartbreak and disaster.

The Pisces woman must not forget that her beloved ram is powered by raw ego, one that enjoys the direct attention. Aries will thrive off attention and praise when aimed at him and not requested from him. The innate protectiveness of an Aries male means he will likely provide the stability you desire, as he will never give up what he claims as his own. Expect loyalty and an enduring relationship when he takes his position as leader, provider, husband, and father. In sexual matters, stroke his ego and he will blow your mind. The tantalizing femininity of the Pisces woman is a huge turn-on in itself, but baiting him into considering your pleasure as just another challenge to tackle can have deliciously explosive results. Talk to a love psychic on Keen for more insights about the romantic pairing of an Aries Man and Pisces Woman.

Thankfully, working relationships between an Aries man and a Pisces woman aren’t as prone to being problematic as other relationships between the two. Aries is a hard worker who will get things done, no matter the cost. What he lacks is an appreciation for working in a team. Fiercely independent, he functions best when given tasks that he can tackle alone. Pisces is creative and functions well in the team environment where she will gladly help all that need it. As a co-worker, Pisces knows that others will not always understand and share her imaginative and creative ideas. In this matter she bonds with the stubbornness of Aries well, defending him doing things his way even when others are unsure.

As a boss, Pisces women will likely not struggle at all handling her Aries underling. Ever forgiving and kind, she will focus on the things an Aries man does correctly, and keep criticism short when corrections are needed. This works well as, to the Aries male, he is never wrong and doesn’t function well with a harsh scolding. With Aries in charge, the workplace should run relatively smoothly. While he is a loner at heart, he doesn’t suffer from the same self-serving ambition as a Scorpio and is more likely to care about everyone else’s success as it will reflect well on him as a manager.

Overall, the relationship prospect for an Aries male and Pisces female can be pretty tumultuous, but things may work out if every facet of the relationship falls into a good place. Stubborn as they come, an Aries male will likely resist making big changes or compromising more than he can bare so his Pisces lover should ensure that the man she sees is the one she can live with, for better or worse. With hard work and reasonable give and take from both sides, relationships between the two can be very fulfilling as Pisces is the least likely to butt heads with the ram, which is what he loathes most. Whether purely platonic, or deeper in nature, this pairing can be a wild ride of ups and downs, but sticking it out can earn you a valued place in the heart of each other.

Get a personal astrology reading on Keen to learn more about what’s in store for you!